Who Is YouTuber Twan Kuyper Dating? Explore His Girlfriend and Net Worth 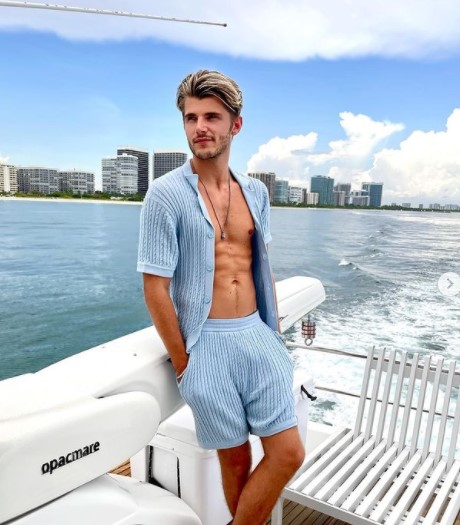 If you're on any social media, you must have heard, or even follow, the famous Dutch model, actor, youtube, Viner, and social media personality called Twan Kuyper. With a massive following in all of his social media channels, Twan has become a household name for the digital nomads.

The handsome Twan has also starred in the series called Date of Honor and produced his feature, Rule Of Thirds, which is going to be released this year.

Born on the 19th of February 1996 in Leeuwarden, Friesland, Netherlands, Twan Kuyoer's age is 26 years as of 2022. His star sign is Pisces. His father Martin Kuyper is the founder of Eurotruss /Creator of Trussing, Stages, and Clubs. Meanwhile, Twan's mother  Angelique Osinga is an acupuncturist.

Besides, Twan also has four other siblings with whom he grew up, one of who is Jasper Kuijper aka Jaz. Jaz is a DJ and Music Producer. Not much is known about them Twan's other siblings.

It's been learned that Twan didn't go to college, but he did study Business Administration during the last few years of his high school while in the Netherlands. He might have continued with his education after shifting with his family to Florida, USA.

Who Is Twan Kuyper Girlfriend?

The gorgeous Twan Kuyper is currently dating his girlfriend Bettina. Not much is known about Bettin since she has her IG on private. Nevertheless, Bettina seems to be quite popular as well considering she has over 11.5K followers on the app itself.

Twan used to date London Shay Goheen, a fitness model, between 2017 and 2018. The reason for their breakup wasn't revealed to the public.

Also, Twan made quite the internet rounds when he was said to be in a relationship with his friend and fellow Vine star LelePons.The two used to collaborate on several videos and their chemistry led fans to believe the duo to be dating. But Lele cleared out the assumptions and said Twan was only a friend.

It's been alleged that Lele even suggested the duo get in a fake relationship for publicity but Twan denied saying he couldn't do that to his fans.

Besides, Twan was also alleged to date Lele Pon's best friend, another social media star, by the name of Hannah stocking. Hannah has also made plenty of videos with Lele and Twan. In many of the videos, Hannah could be seen playing Twan's girlfriend as well. But the pair never confirmed their relationship either.

The celebrity and popular public figure, Twan Kuyper, is on Instagram with over 6.3M followers. It's safe to say that Twan is one of the most famous social media stars today. Twan's Youtube channel has garnered over 1.82M subscribers with over 158,560,963 views as of February 22, 2022. He joined the video-sharing app in March 2015. Twan is also a TikTok star with over 3.3M followers

The American Youtuber Twan Kuyper's net worth is estimated to be $4M. Twan has earned his income through the success of his videos, modeling career, acting, and being a huge influencer on all social media platforms. Twan has also modeled for several reputed brands namely Dolce & Gabbana, DG Beauty, Guess, Perry Ellis, and Aeropostale. In February 2018, he became the brand ambassador of Jetsmarter.

In 2017, Twan made his debut on his first web show series called King Bachelor’s Pad.

According to YouTubers.me, Twan earned $ 6.72K the last month and $ 8.79K within the last 3 months. Considering his earnings, we can see how famous Twan is as a YouTube star as well.

For more celebrity information, make sure to follow us at CelebrityShine