'90 Day Fiance': Who Is Cynthia Decker Married To? 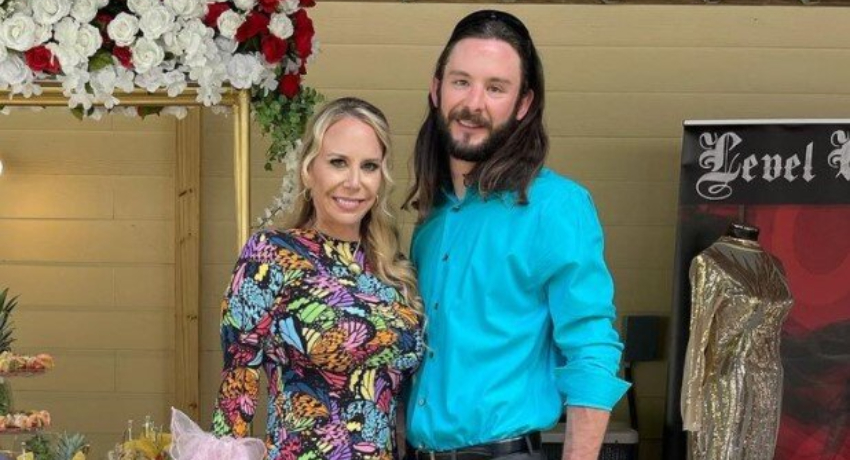 Cynthia Decker has been a household name in the TLC world, appearing in a number of spinoff shows. She got recognition after making appearances in the popular TLC series, 90 Day Fiancé.

In the show, she mainly appeared as the best friend/business partner/sidekick of Molly Hopkins, a reality television personality. After gaining mainstream fame, the viewers of 90 Day Fiancé wanted to know more about Cynthia.

But, mainly the viewers were eager to know if she was married or not. Well, they might be pleased to learn that Cynthia Decker is in a marital relationship with her long-time husband, Drew Decker.

The lovely duo of Cynthia and Derek Decker has been in a harmonious bond for a long time. They shared the wedding vows sometime in October 2012. Since then, the two have been showering their love for each other.

While Cynthia usually flaunts pictures alongside her beau on Instagram, Derek usually takes to his Facebook profile to do so. Although he might have been sharing pictures on Instagram too, it is difficult to know as he has privatized his profile.

Over the years, they have shared happiness as well as sadness and have always remained firm as a couple. In their marital life, they are yet to welcome children of their own. However, they did were parents to a foster child, Mahlon Thornton. Unfortunately, he passed away on June 19, 2017.

The loss affected the duo very much. Nonetheless, they were able to cope up with it through the help of family members. The loss also made Cynthia and Derek bond stronger. But, in late 2019, rumors began to circulate that the couple had separated. However, Cynthia immediately shut down all those gossips via an Instagram post.

On September 10, 2019, she shared a picture of her husband and captioned it writing;

For those of you still wondering if I am still married. Yes, I am. This is my handsome hubby Drew. He loves to fish. This photo was taken of him early on the river trout fishing.

A few months ago, in October 2020, the married duo celebrated their 8th wedding anniversary. On October 30, 2020, Cynthia posted an IGTV video mentioning that she and Drew had gone on an anniversary trip and stayed at the Jekyll island resort.

Her last picture alongside her husband on Instagram was on May 8, 2021. Well, going by that, it surely seems like Cynthia and Derek have quite the bond and their marital relationship is still strong and intact.

Before tying knots with Derek, Cynthia was in a relationship with an undisclosed man. From her past relationship, she is a mother to two kids; Rainey and Chase Richards.

Who is Cynthia Decker’s husband?

Derek Decker is a shop foreman who works at Iron Age Office - Powerful Industrial Office Furniture. Additionally, he also serves at the Furniture Division at Southern Machine & Fabrication. Previously, he used to work in upholstery/interior restoration of Airplanes at Cobb Country Airport.

He is also the warehouse manager of LiviRae Lingerie, a clothing brand that his wife, Cynthia, co-founded. Through his work, he has managed to garner a net worth of around $600 thousand. Although he has quite the work experience, he mainly got fame as the husband of Cynthia Decker.

Born in 1989, in the United States, Derek celebrates his birthday on the 27th of February every year. His zodiac sign is Pisces. It is reported that he is 18 years younger than his wife.

His father’s name is Mark Decker and his mother’s name is Victoria Morris Decker (step-mother). No details have been emerged related to his biological mother. Like himself, Derek’s father used to work at Iron Age Office.

Apart from his parents, the 5 feet 11 inches tall handsome hunk has a sister named Courtney Decker.

Is Derek Available On Social Media?

Cynthia’s husband, Derek Decker is currently available on two social media platforms: Instagram and Facebook. While his name on his Facebook profile is Derek Decker, he goes by the username of @stizzed_atl on Instagram.

His Instagram handle is private and has only 247 followers. Meanwhile, his wife, Cynthia, is available only on Instagram and goes by the username, @thecynthiadecker. She has a total of 43.7 thousand followers, as of this writing.