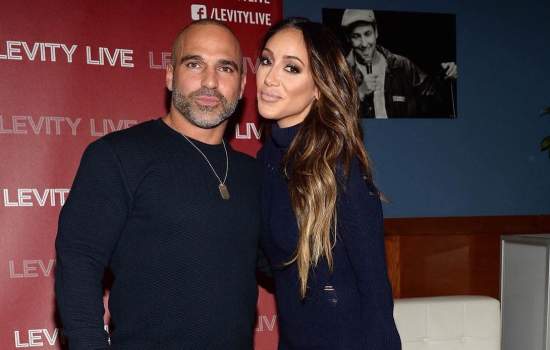 Joe Gorga and his wife, Melissa Gorga, have earned the limelight due to their appearance on The Real Housewives of New Jersey (RHONJ). The married couple has shared happiness, sadness, and many more ever since they got married in 2004.

However, it seems like they have some issues in their marital life, which can be clearly seen in season 11 of The Real Housewives of New Jersey. In the recent episodes of the show, Joe Gorga mentioned that he has had faced some problems in the marriage.

Going into the details, he always wanted his wife to be a perfect housewife who will stay at home, raise their three kids, and cook for everyone. But, Melissa didn’t want to do so. In fact, she wanted to start her own business and do singing. To make one of Melissa’s dreams come true, Joe even gifted his wife a studio built in their own house. That way, both of their wishes would be fulfilled.

However, when she talked about the idea of opening a boutique, Joe wasn’t that happy. Later on, Melissa began attending trade shows, Fashion Weeks, stayed out of home for a long time and didn’t give much time to her family. And, as time passed, this became usual, causing the married couple to almost split.

The seriousness of their marital problem was shown in The Real Housewives of New Jersey's recent episode. In the episode, Joe mentioned that Melissa had changed very much, and he feels that they might be growing apart. In reply to Joe’s statement, Melissa said that Joe is spoiled for wanting attention from her.

In the same episode, the couple had yet another argument. The argument began after Joe, Melissa, and other cast members of the show had dinner at a local restaurant and took a trip to Jersey Shore. While going there, Melissa didn’t accompany her husband to the car, which made Joe angry. When Melissa asked Joe why he is angry, and if she did something wrong, Joe replied:

I would just like my wife to wait for me and you just walk away like you don’t even have a husband. From now on, you just go by yourself while I just walk in the back. We used to be so attached and I’m still like that. She’s just changed. You turned into this different businesswoman.

While speaking about their struggling marriage with the US Magazine, Melissa mentioned that her husband likes to keep things as they were in the past. She stated that she has been with Joe since she was 24-year-old, and in those years, she has changed, which she believes is a scary part of her marriage.

In addition to that, she told that the new season of the RHONJ is very raw, real, and different for Joe and her. Also, she said that she and Joe are trying really hard as it is not easy for any couple to be on reality television for over 11 years and still stand strong as a couple.

This season, it’s very raw. It’s very real. It’s very different this season for Joe and me. We try really hard. We fight really hard for our family and it’s not easy to be on reality TV for 11 years and still stand strong.

Furthermore, on April 1, 2021, a close source to the duo stated that Joe and Melissa love each other very much and at the end of the day, they are like Bonnie and Clyde. Likewise, the source also told that even though there is lots of love, they still have some issues that they have to work through.