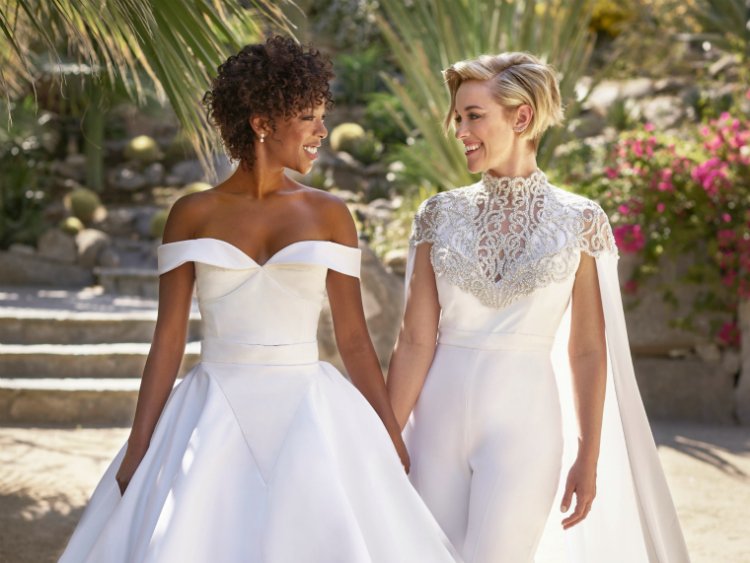 Samira Wiley and her spouse Lauren Morelli might be the new definition of love. Although the duo of actress and screenwriter has not been together for that long, their togetherness and public appearances clearly give a hint on their strong connection.

Not only that, Wiley and Morelli also do not miss any chance to pour love for their respective partner either through their social media handles or whenever they are interviewed. The couple’s never-ending love and affection have made them one of Hollywood’s most popular power couples.

But, how did these two Hollywood stars got connected in the first place? And how did their relationship initiated? Well, keep on reading to learn all the details!

Wiley & Morelli Met Through The Show ‘Orange Is The New Black.’

As an actress, Wiley was already fascinated by Morelli’s screenwriting talent even before the now-married couple met each other face to face. In 2013, Wiley got the chance to meet her current wife when she was selected to act in the Netflix show titled Orange Is The New Black (Morelli wrote the script in it).

However, at that time, Morelli was already settled down with Stephen Basilone. But, as she continued working on the Netflix show scripts, she began to question her sexual orientation. Soon, she realized that she was gay and thus ended her relationship with her husband, Basilone, in 2014.

After the screenwriter realized her sexuality, she took the help of Wiley as she had already come out. Speaking on the same topic for the Cosmopolitan UK's May Issue, Wiley confirmed that she was a ‘therapist’ as well as a ‘confidante’ for Morelli.

As time passed, the two’s became very close friends. A few years later, their friendship took a turn as they expanded the limits and began dating each other.

The Duo Legalized Their Bond in 2017

Almost two years after initiating their relationship, The Handmaid's Tale actress and the Tales of the City writer/producer decided to give a name to their beautiful bond. On March 25, 2017, Samira and Lauren shared the wedding vows in a beautiful ceremony.

The marriage ceremony was held in Palm Springs, California, and it had a beautiful ocean-backed setting. An amazing celebration and funfetti cake marked it. Likewise, on their special day, the couple donned Christian Siriano outfits.

After the wedding was over, the newly married couple traveled to Italy and relished a romantic honeymoon. While they were there, they also paid a visit to Morelli’s family, who reside in Italy. Their fans also witnessed the pair’s romantic stay as the two celebrities used to share snaps through their respective social media handles.

You May Also Like: Alex Rodriguez and Jennifer Lopez Split, Says We're Better as Friends!

Wiley & Morelli Want To Have Kids

Every married person hopes to have kids. And so does the pair of Wiley and Morelli. During an exclusive interview with US Weekly, the duo was asked some personal questions, and they gave answers to most of them.

When asked if they want to have any children in the upcoming days, the 34-year-old actress stated that there are always some speculations about her and her partner’s future. She then concluded her statement by saying that they will have to see what life has in store for them.

There’s always talk about our future, and we’ll just have to see where our life leads us.

Given Wiley’s statement, it surely gives some hint that the married couple is open to having kids. But, considering the current situation caused by the COVID-19 Pandemic, the duo’s plans might be delayed for a while.

As of this date, Samira Wiley and Lauren Morelli have been together for more than 7 years. In their relationship, they have shared happiness, sadness, success, defeat, and many more things. Noting that, it can be easy for the two to take care of a baby and raise him/her properly.