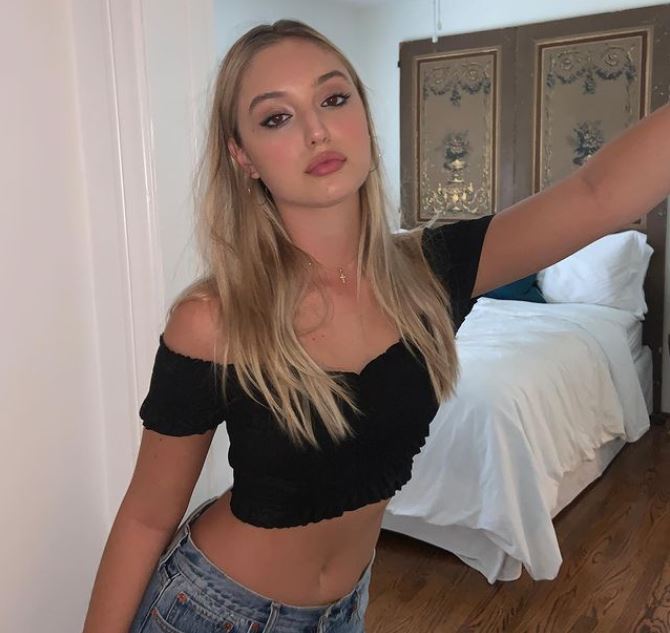 Bella Podaras is an actress, model, and broadway artist. She is renowned for her role as Brooke Bishops in Netflix’s  Ashley Garcia: Genius In Love. Also, she says that the on-screen Brooke and her real-life is similar in many ways. For instance, Podaras is very much into fashion, makeup and styles; in the same way, she portrayed a similar role in the series. In one of an interview, the actress said;

Brooke is definitely a part of me. We are similar in many ways. We're actually into a lot of the same things. I would say we are both pretty bold, and both have a love for fashion. That's probably our biggest similarity."

Besides, Bella is known for appearing in Game On! A Comedy Crossover Event. Plus, she was recently seen in Family Reunion (2021). The young actress has come so far in terms of acting, modeling, and many more.

Plus, Bella has many opportunities ahead of her. Indeed, her hard work is paying off. So, how was her life before her on-screen debut? To know everything let’s dive into the article below.

Once you become a public figure, every people want to know about your persona life, including your love life. In the same way, Bella’s dating status has been the topic to most people. She is such a beautiful lady; indeed, every man would want to try their luck. So, have anyone won Podaras’s heart yet?

Well, many sites report that Bella is in a relationship with an actor boyfriend, Garrett Wareing. He is notable for his role as a 'Zach' in Pretty Little Liars and as a 'Stet' in Boychoir. 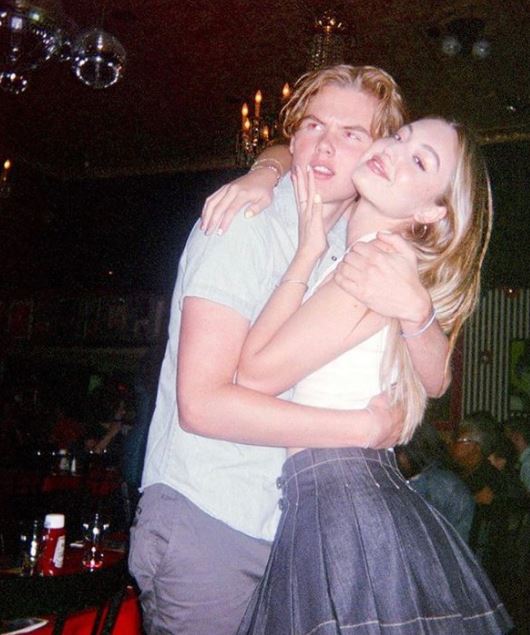 The pair have been together for nearly two years, per their respective Instagram feeds. Bella and Garrett show love to each other on their social media accounts. Whether it is a birthday or any other special day, the duo post a picture with a long caption.

Happy 19 bffâš°ï¸ Got the world on a string.

Likewise, Wareing also celebrated Bella’s birthday on 6th January 2021. He posted a cute picture and captioned it by saying;

Happy birthday to the best money can buy. Love you to hell and back, baby. Thanks for making life a little more fun ðŸ˜‰

Without a doubt, both Bella and Garrett are deeply in love with each other. Besides, they motivate each other in their work.

In the past, Bella dated an actor and a martial artist, Seth Lee. But, they walked different paths in 2018. However, the reason behind their separation is still not surfaced yet.

Moreover, Bella was rumored to have been romantically engaged with Reed Horstman.

Bella was born in 2004 in Houston, Texas. She celebrates her birthday on the 6th of January. As of writing, the actress is 17 years old.

Likewise, her birth name is Isabella Podaras. And Podaras possesses a Capricorn as her birth sign. While growing up, she spent her early eleven years in Houston, Texas. Then, the actress moved to Los Angeles with her family.

Bella is a daughter to her father, Perry Podaras, and a mother, Koda Podaras. The actress’s parents raised her by providing every needed care, love, and support. They lived together for many years. However, the actress’s father and mother got legally separated a few years back. Similarly, the rising star has not spoken anything about her birth parents’ jobs. So, there is no precise information on them.

Also, the actress’s mother is very young and elegant; she would have been a successful actor if she had tried in films. Well, in 2015, Koda appeared in The Wheel Workers: Whole Other World along with Bella.

Discover This: Who Is Kelly Osbourne? The Personal Life Of The Reality Star Of 'Celebrity Watch Party.'

And Bella has been blessed with the most supportive and understanding parents. For instance, they even migrated to Los Angeles to support her acting dream. At the time, Bella was just 12 years old. If Podaras's parents had not decided to assist her in stepping towards the entertainment industry, she would not have climbed the ladder at such a young age.

Besides, Bella does not have any siblings.

Bella is blessed with an elegant and structured figure. Her height is 5 feet and 8 inches (1.73m). On top of that, the rising star has blonde hair and brown eyes, which has added extra beauty to her.

Bella studied theatre from the age of three. But, she has not clarified about the school/institution she went to.

Later, the model began gaining knowledge on Broadway, film, dancing, and singing. Except this, the detail of her university and high school is out of reach as of now.

The promising actress holds an American nationality. However, talking about Bella’s ethnicity, she belongs to white ethnic groups.

How Rich Is Bella Podaras? Net Worth And Income

As an actress, model, and broadway artist, Bella has collected huge money at such a young age. Though the actress has not been featured in numerous movies, she already earns a lot of money.

According to the trusted online sources, Bella has a net worth between $200K-$350K. So for sure, her fortune will be doubled up within years.

Bella knew that she was meant to be an actress from the age of three. For which, she even joined Theatre and Broadway. Soon after Podaras reached nine years, she took acting, singing, and dancing classes as well.

After years of training, Bella made her on-screen debut with  The Wheel Workers: Whole Other World in 2015. She played a driver’s role in the movie.

Then in 2017, Bella starred as a cheerleader in a television series, World Of Weird. The following year, she got to be featured in a comedy series, Barry.

After portraying the varying roles in several series, Bella got her recurring role in Netflix’s Ashley Garcia: Genius In Love in 2020. This web series gave her the limelight.

Again, it was a time to shine for Bella as she got an opportunity to be a part of Game On! A Comedy Crossover Event in 2020.

Most recently, Podaras was seen in one of the episodes of Family Reunion.

Besides films and series, Bella is also interested in modeling. So far, she has been the muse for many magazines including, British Thoughts, Lapalmemagazine, and more.

Bella has captured many hearts through her elegant and sexy looks. Also, she often uploads her picture on social media like Instagram.

The actress shares her day-to-day lifestyle on her official Instagram, @bellapodaras. Also, Podaras is a social media influencer with 96.1k followers on her gram.