Who Is Kelly Osbourne? The Personal Life Of The Reality Star Of 'Celebrity Watch Party.' 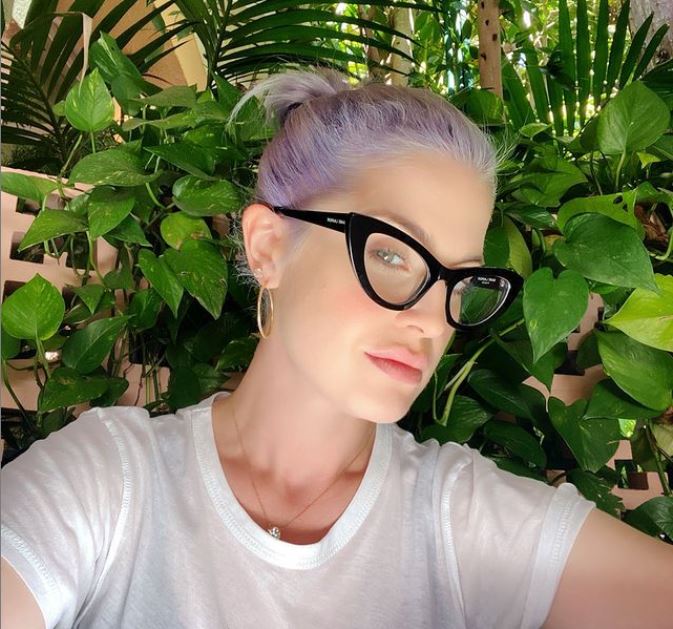 Kelly Osbourne is a British singer, actress, host, and fashion designer. She is also famous for being the daughter of a heavy-metal singer, Ozzy Osbourne, and a media personality, Sharon Osbourne. As Kelly hails from such a background, she inherited the talent that one star possesses from an early age.

Also, she got to debut on the reality show at a young age. Her first TV show, The Osbournes, aired from 2002 to 2005. It was a family show, and her family members were featured along with her, where they all showcased their day-to-day life. Even the show won an Emmy Award. Plus, she is credited for appearing in many TV shows, including Howard Stem (1994-2004), Celebrity Watch Party (2020), and more.

Further, Kelly established herself as a singer by releasing the album Shut Up in 2005. This got a good review and was loved by many people. Then, she went on to record numerous hits. Until now, Osbourne has sung tracks like One Word, Changes, Papa Don’t Preach, and more.

Now, without wasting time, let’s move on to her complete bio, including net worth and love life in the article below.

Some Facts About Kelly Osbourne

Kelly comes in the limelight more often due to her dating story. However, whether she is engaged in love or not, the media and online sources don’t cease their curiosity. Indeed, who wouldn’t be eager to know about Osbourne’s personal life, as she has every quality on her?

So, we have collected information on Kelly’s romantic life for you all. Recently, she is in love with her cinematographer boyfriend, Erik Bragg. Also, Erik is a director.

Kelly and Erik developed a close and intimate relationship during the quarantine break-in last August. The duo never fails to express their love for each other openly. However, as they have not posted a picture together on their social media account, it doesn’t mean they are hesitant to express their love openly. 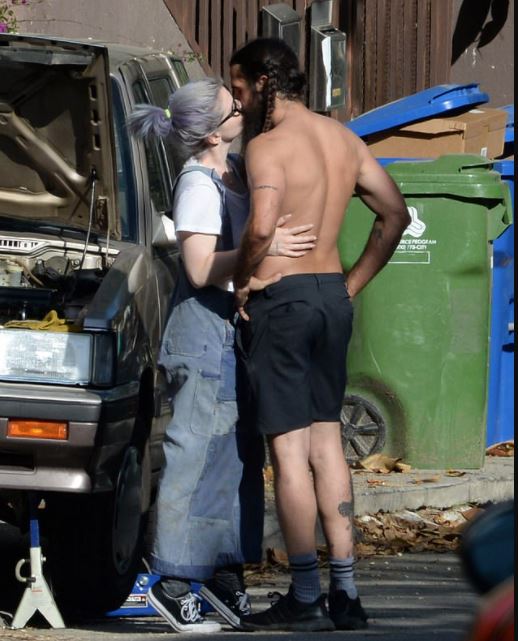 For instance, in April 2021, Osbourne and Bragg were found lip-locking in the street of Los Angeles. The singer was lending a hand to her boyfriend, who was fixing an old station wagon at the time.

Also, Osbourne said that Erik had been such a caring boyfriend who is always concerned about her health. Plus, Kelly loves the way Erik respects her every decision and her family. So, no doubt, the love is in the air. And we wish them a blissful life. Though both of them have not spoken about marriage, most likely, they might decide to stay together forever if everything goes the same.

Info On Kelly Osbourne Past Relationship

Before being in love with Erik Bragg, Kelly was engaged to chef Matthew Mosshart in 2011. After being together for nearly four years, she broke the engagement with him in 2014.

Previously, the singer was also in a relationship with a model, Luke Worrell. Also, they exchanged rings in 2008, which ultimately ended in 2010.

How Much Is Kelly Osbourne Net Worth?

Kelly, who is an actress, singer, and fashion designer by profession, has been able to collect big money.

She has about $16 million net worth, per Celebrity Net Worth.

Kelly was possessive about her body until she went through gastric sleeve surgery. Then, a few years back, she admitted the fact about her surgery when people began to notice her slimmer face. After the surgery, she has lost about 85 pounds to date.

As she was dealing with addiction to the pills, Kelly had to take care of her body. But, many people were not satisfied with her decision. However, the carefree singer told the Red Table Talk on June 2021 that she doesn’t care about what others say regarding the surgery. Even, Osbourne added,

It's the best thing I've ever done.

Also, Kelly said that she has started loving her body. And she is liking the way she is turning into. In her own words,

I like my body now. I like what I'm turning into and discovering new things that I thought I'd never thought I'd be able to do, and I'm doing it, and it's great. That's the gift of giving yourself a chance.

Similarly, Kelly didn’t miss a chance to open up about facial surgery. As the singer’s physical appearance has changed drastically, many people assume she had plastic surgery. However, Osbourne denied the rumor during the sit-talk at the Red Table Talk. Except filling up lips, jaw, and forehead, she had not gone beneath the scissors to date.

Related: Kelly Osbourne Opens Up On Her Drug & Alcohol Addiction on 'Red Table Talk,' Says 'I Was Dealing With Bottles.'

Kelly was born in 1984 in Westminster, London, England, United Kingdom. She celebrates her birthday on the 27th of October. As of writing, the actress is 36 years old.

Osbourne’s zodiac sign is Scorpio, as her birth month is October.

Kelly is a daughter to her celebrity parents, Ozzy Osbourne (father) and Sharon Osbourne (mother). As both her father and mother were in the entertainment industry, she was brought up in different places while growing up.

Also, Kelly’s singer father was addicted to alcohol and other substances; she lived a different childhood. Besides this, the actress had a luxurious childhood as both her birth father and birth mother were financially stable.

Further, Kelly has two siblings, Aimee Osbourne (older sister) and Jack Osbourne (brother), from her birth mother, Sharon Osbourne. Plus, the actress is a sister to her half-siblings named Elliot Kingsley, Jessica Starshine Osbourne, Louis Osbourne, who is from Ozzy’s first relationship. Also, Kelly shares a good bond with an adopted brother.

Kelly took birth in England. As a result, she identifies her nationality as British.

How Tall Is Kelly Osbourne? Everything About Her Physical Appearance

The actress acquires distinctive features. Like, Kelly has green sparkling eyes, which makes her look pretty. On top of that, Osbourne has a measuring height of 5 feet and 2 inches (1.75m).

Similarly, Kelly has blonde hair, which suits her fair skin. And, her body measurements are 33-28-36 inches.

The Shut Up’s singer had attended many schools as she had to move from one place to another due to her parents’ jobs.

Also, she went to a girls school, Pipers Corner School in Buckinghamshire. Later, she got enrolled at the school in Beverly Hills.

Detail On Kelly Osbourne Father - Age, Job, And Net Worth

Kelly’s father, Ozzy Osbourne, is a metal singer and songwriter renowned for his albums, Blizzard of Ozz, Diary of a Madman, Bark at the Moon, The Ultimate Sin, No Rest for the Wicked, No More Tears, Osmosis, and many others. Also, he has received several awards like Grammy Award (1994,2000,2014, and 2019) and Global Icon Award.

Before beginning a solo career, Ozzy was one of the members of a rock band called Black Sabbath. The band released the hit tracks like Paranoid, Master of Reality, Black Sabbath, and many more. Even he won many awards, including Grammy with the band members.

However, in 1979, Ozzy was fired from the Black Sabbath due to his severe addiction to substances.

Likewise, in his mid-70s, Ozzy is living his lavish life as he has millions of fortune. He earned huge money through his profession. Speaking of wealth, by combining his solo making and wife Sharon’s assets, they have about $220 million net worth, per Celebrity Net Worth.

Who is Kelly Osbourne Mother? Know Her Jobs

Kelly’s mother, Sharon Osbourne, is a media personality. Sharon is renowned for appearing as a judge in the talent shows, The X Factor and America’s Got Talent.

Also, Sharon worked as the host for CBS’s talk show, The Talk, since October 2010. However, she left the show on 26th March 2021 after being accused of racism. Moreover, the TV personality has penned an autobiography, Extreme.

Plus, Sharon guides several celebrities like Gary Moore, Queen, coal Chamber, and more. Besides, she also manages her children and husband.