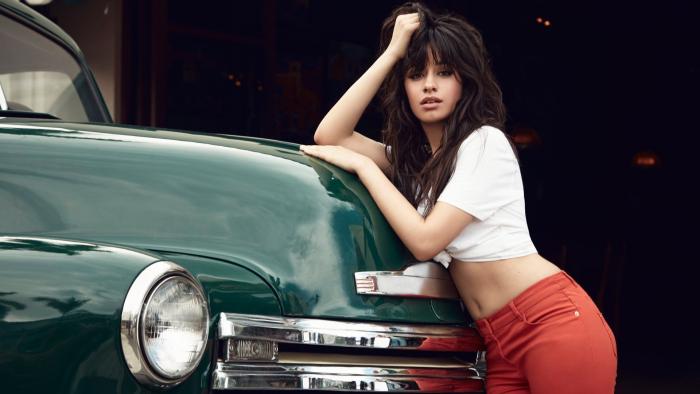 Famous Cuban-American singer Camila Cabello has managed to accomplish/attain almost everything she desires with the amount of recognition she has. The only thing she has not attained is probably a driver’s license.

Yes! That’s absolutely correct. The Senorita singer is yet to receive her driver’s license. And what’s more interesting than that is she does not completely know how to drive. Unbelievable right?

However, many might wonder, with the kind of hefty financial resource she has, why does she need to drive herself, and why not hire a personal driver? Well, that’s because Cabello has had a particular interest in driving since her teenage years.

And, it now seems that the singer has had enough of lacking that particular driving skill and driver’s license as she was recently spotted learning how to drive. On April 30, 2021, the world-renowned songwriter was seen trying to accomplish a big milestone in her life as she was captured taking driving lessons.

Per us.hola.com, Cabello was captured masked up in a chic jean dress outside her Miami residence. In no time, she stepped inside a red Honda Fit and began learning some basic driving steps.

On the same day, the music sensation took to her Instagram handle to give her fans a small sneak peek from the passenger seat/backseat of the red Honda Fit. Cabello had posted a series of pictures from that day and captioned it writing “lately” alongside a Hibiscus flower emoji.

Cabello’s Past Attempts At Driving

The 24-year-old singer’s vision of learning how to drive and receiving a driving license goes way back to her high school days, even before she was famous. Her willingness to get learn can be witnessed through her tweet of 2014.

In that tweet, she mentioned that she would learn how to drive that week and hopefully receive her driving license without any injuries to her or any destruction of the state of Florida.

I’m gonna learn how to drive this week and get my license hopefully without fatalities injuries OR destruction of the state of Florida <3.

However, her desire to achieve more in her life always stopped her from that. And, by the time she was 15, she had already left her high school in order to pursue a career in singing. To her fortune, she appeared on The X Factor and impressed everyone through her vocal talent.

In less than a year, she was able to become a well-acclaimed singer and received a lot of fame. As a result, her schedule became tight, and she had no time left to learn driving, let alone get a driving license.

Nonetheless, it now seems that the star singer has set a goal and is fully focused on one thing, learn to drive and receiving her license. Likewise, with the world currently affected by the global pandemic and with no grand event to do for Cabello, it fits that she is utilizing her free time to do something she has never done before.

Let’s just hope that she will finally be able to learn all of those driving skills and successfully receive her driver’s license.