Did Loz Left VH1's Show 'Cartel Crew?' The Reason Behind His Absence in Season 3! 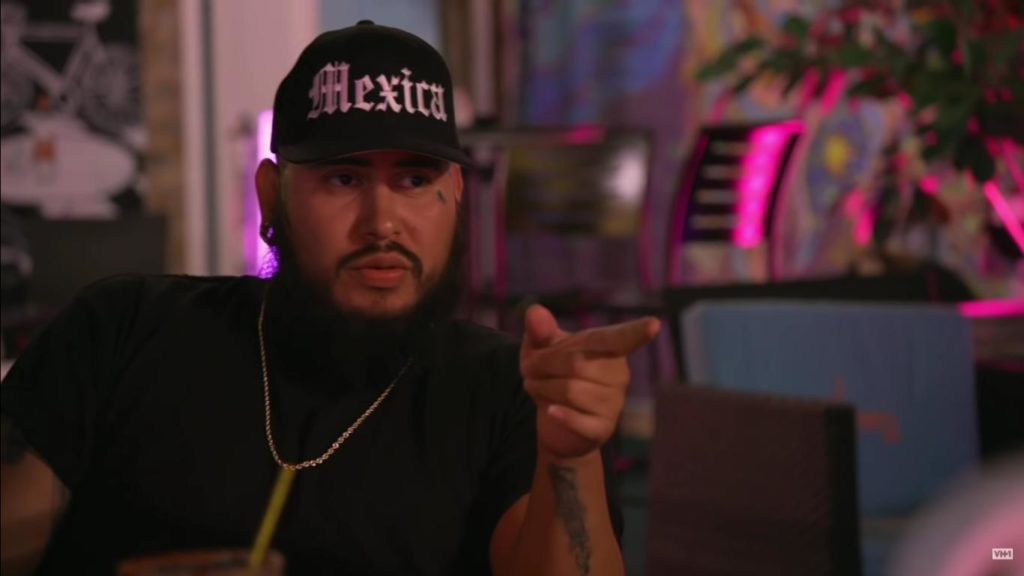 The latest season, aka the third season of the American reality television series Cartel Crew premiered a few days ago on June 7, 2021.

Ever since the third installment of the docuseries returned on VH1, many binge-watchers quickly noticed that Carlos "Loz" Oliveros, mainly known as Loz only, was absent.

For those unknown about Cartel Crew, it is a reality TV series that follows the lives of different peoples whose families had connections to the cartels in the past.

The show also depicts how the cast members deal with the normal things happening in their life with the commitment of “family over everything.”

Now, coming back to our main discussion, where is Loz? What is he doing now that made him miss the show? Has Loz left the show? Here is what we found out after doing some digging!

Who Is Loz on VH1’s Cartel Crew?

Carlos “Loz” Oliveros is a talented tattoo artist who works at Miami, Florida-based tattoo shop named Till the End Tattoos.

He got recognition after making his appearance on VH1’s TV series Cartel Crew. Loz’s story on Cartel Crew was that he was linked to an organized crime organization. However, he left the immoral world after suffering a death in his family.

Talking more about his family, he has a daughter from his partner whose identity is yet to be disclosed. It is reported that he has separated from his daughter’s mother due to differences in their marital life.

Lastly, Loz likes to keep his private life away from social media platforms and rarely shares any information and pictures about his daughter.

The amazing tattoo artist Loz appeared in the first two seasons of VH1’s Cartel Crew. The viewers were in love with him, and they immediately poured their love for him via Twitter.

Mannnn this dude Loz on the Cartel Crew is fine as FUCK. — Klintella Westwood (@AlynneKush47) January 16, 2019

Likewise, another user added that they saw Cartel Crew’s promos and concluded that Loz was the only one who was sharp about how to move. They tweeted:

I saw the Cartel Crew promo and the only person from the cast that seems to be sharp about how to move is Loz ... he said his association is classified .. as it should be — HAYATO KANZAKI (@TheSakuraKid) January 6, 2019

Furthermore, another Twitter user wrote that although her opinion would change after watching a few episodes of Cartel Crew, she still believes Loz is fine. She also went on to attach a “Smiling face with heart-shaped eyes” emoji.

Did Loz Left The ‘Cartel Crew?’ Will He Return?

When VH1 announced the return of Cartel Crew on May 10, 2021, the viewers were pleased. But, when the show's promos were released, many “Cartel Crew” lovers were quick to notice the absence of Loz.

A Twitter user even took a moment to point out Loz’s absence from the promos. She tweeted, “#CartelCrew finallyyyy coming back but where is Loz?”

Likewise, another user showed her disappointment by tweeting:

I don’t see Loz on any of the promos and I really liked him. — Jennifer Feliz (@JennJennFeliz) June 7, 2021

Although some believed that they would see Loz in season three of the show, the hopes turned into disappointment after learning that Loz wasn’t on the show and the cast list.

One of the main reasons behind his absence is believed to be his departure from Till the End Tattoos Shop. Moreover, it has been reported that Loz has left the show and has given no signs of a possible return.

However, nothing can be said without an official confirmation from Loz or the VH1 team. Besides, Loz’s Instagram bio still mentions that he is a cast member of Cartel Crew. So, the tattoo artist/reality star’s appearance in Cartel Crew hasn’t been officially ruled out.

Plus, with other episodes being released weekly, there might be a possibility that he will appear even if he will get less screen time.

Till then, let’s hope for the best only. You can watch the new episodes of “Cartel Crew” every Monday on VH1 at 9/8C.