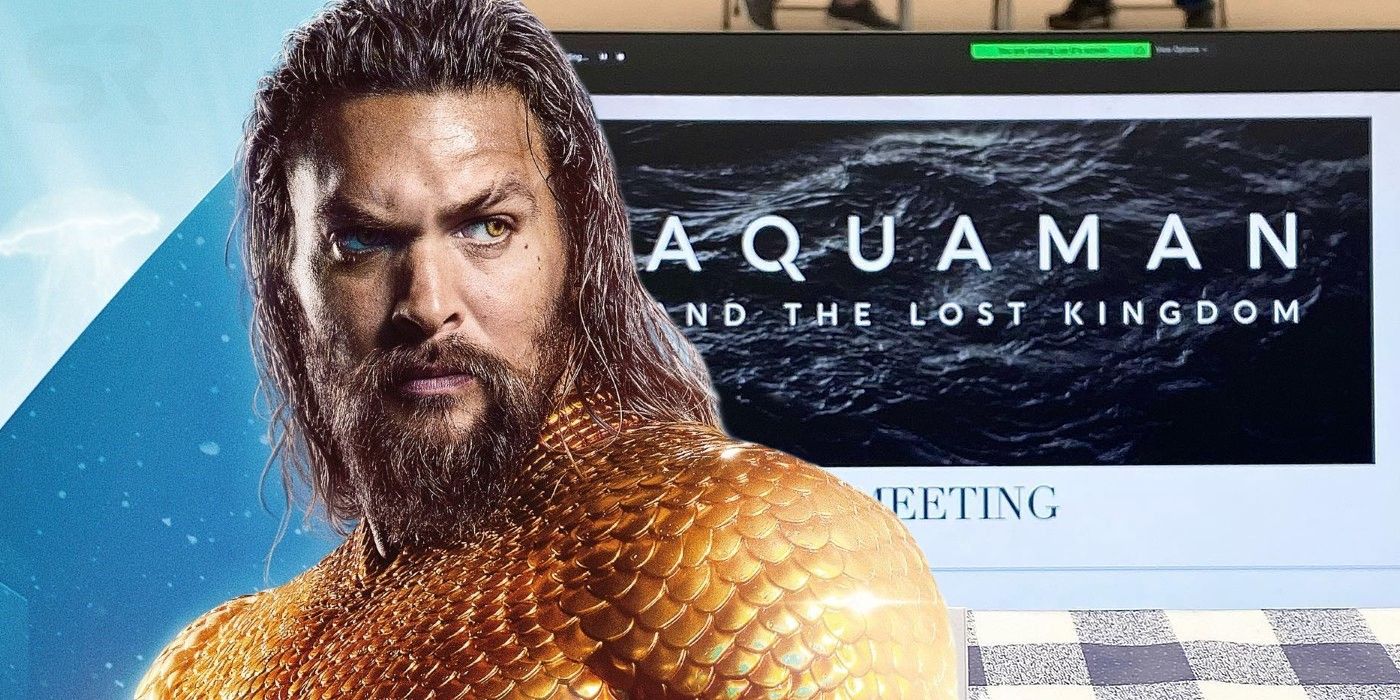 It is a joyful day for DC Extended Universe fans as the official title of Aquaman 2 is finally revealed.

On Thursday, June 10, 2021, James Wan, the director of Aquaman 2, took to his Instagram handle to reveal that the official title of Aquaman 2 is Aquaman And The Lost Kingdom.

The director had shared two pictures on his Instagram post while revealing the title. In the first picture, an acrylic stand signboard stating “James Wan - Director” could be seen just in front of a screen showing the Aquaman sequel's title. The second picture was of James sitting in front of a television screen, in which the title was seen once again.

The pictures seemed to be from the production meeting of “Aquaman And The Lost Kingdom.” The director added some more twists as he captioned the title announcement post, writing, “The tide is rising.”

The title announcement spread like wildfire as several celebrities and fans took to the post's comment section to express their feelings. One of them was Jon Lee Brody, who commented, "Let’s f**king go bro!!!"

A few moments later, the official Twitter handle of Warner Bros. Pictures reposted James’ post, confirming that “Aquaman And The Lost Kingdom” is indeed the official title of Aquaman 2, and it wasn’t some prank or directorial jokes.

With James’s Instagram post, the fans were relieved, and they also got the chance to start their theories, based on the title, of course. The post also hinted that the movie's pre-production works are going on smoothly, and the filming will start soon.

Much like the first Aquaman movie, “Aquaman And The Lost Kingdom” is also has a December month theatrical release date. The release date is believed to be around December 16, 2022. Considering the release date, DCEU fans are not fascinated by the fact that Warner Bros. hasn’t released any posters or teasers, or trailers.

Likewise, there haven’t been many revelations of the movie’s plot or what the viewers can expect from the movie. But, it can be assured that the movie will start from where it was left in the last one, and it will be fun to watch.

The last time we saw the DCEU’s aquatic hero was in 2021’s Zack Snyder's Justice League. Speaking of the last solo Aquaman movie, it was released on December 7, 2018, and was loved by everyone, grossing 1.148 billion USD in the box office.

During the end credits scene of the first Aquaman movie, it was teased that the character Black Manta, played by Yahya Abdul-Mateen II, will make a return in the sequel, although it is yet to be confirmed.

The other casts of the movie are Jason Momoa (as Arthur Curry / Aquaman / King of Atlantis), Amber Heard (as Mera), and Patrick Wilson (as Ocean Master). As per gizmodo.com, it is also believed that Dolph Lundgren will return as King Nereus.

Furthermore, with the filming of the second Aquaman solo movie starting from the next month, more cast members will certainly be added and announced, either they are old or new.

You May Also Like: A Brief Look into Jon Batiste's Musical Career, Rise to Fame, Oscar Win & Net Worth!

In addition to that, other projects such as Batgirl, Blue Beetle, Green Lantern Corps, Supergirl, Wonder Woman 3, and Static Shock are also in the works.