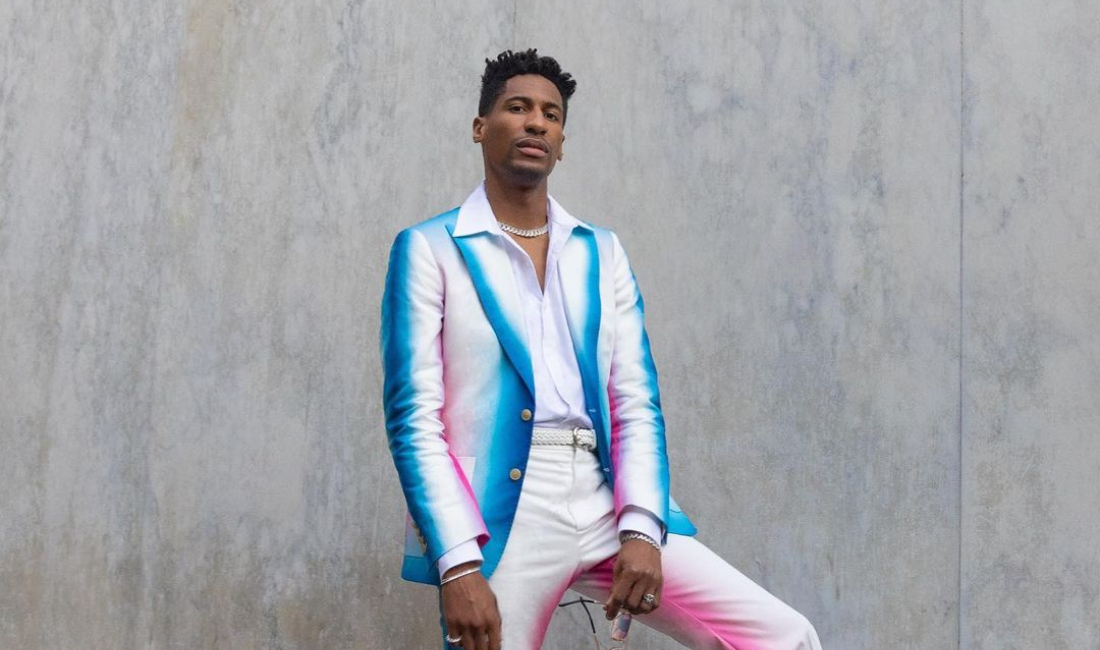 Jonathan Michael Batiste, renowned as Jon Batiste, has been on the top of the table for the past year.

The American bandleader-musician-TV personality has won an Oscar, Golden Globe, received Grammy nominations, scored the hit Pixar movie Soul, released dozens of own recordings, toured with his band Stay Human and performed music for several editions for The Late Show with Stephen Colbert, where he serves as musical director and bandleader.

However, it wasn’t easy for him as he has come a long way from where he started. In this article, learn about the early life, astonishing rise to fame, net worth, and more about the musician Jon Batiste!

Hailing from the suburbs of Metairie, Louisiana, Jon Batiste was born in 1986. He celebrates his birthday on the 11th of November every year, making him 34 years old. Although born in Metairie, he spent most of his childhood in the streets of Kenner, Louisiana.

He was one of the seven brothers born to his parents, Jean and Estella Batiste. His parents owned a hardware and grocery store in New Orleans. Jon came from a family who had a long history in music. The family history quickly influenced him, and by the time he was 8, he was already playing percussion and drums for his family’s band, the Batiste Brothers Band. 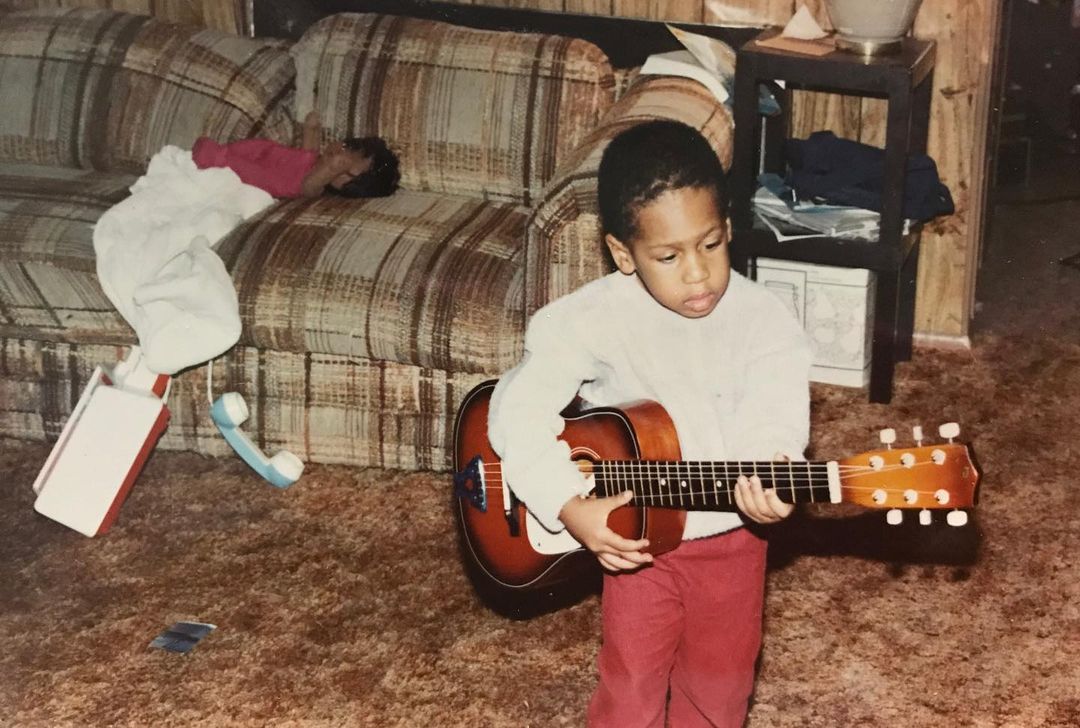 Three years later, his mother gave him a suggestion that led him to change his interest in the piano. He began taking classical music lessons and transcribed songs from video games to excel in his piano skills. At the age of 17, he released his debut album titled Times in New Orleans. In 2005, he founded his own band and named it Stay Human.

By 2006, he was already a featured performer in the United States, London, Spain, Lisbon, Paris, and South Africa. At the age of 20, he produced and performed at the Concertgebouw in Amsterdam. Later on, he performed and produced at several shows. He also enrolled at the Juilliard School and received a degree in Bachelor of Music in 2011.

In 2011, his band, Stay Human, released one of its first albums named MY N.Y. Two years later, he completed his degree in Master of Music from Juilliard School. While pursuing his music degrees, he also released his second single titled Live in New York: At the Rubin Museum of Art.

Following his full-graduation from the Juilliard School, Jon released numerous music projects over the years that included Social Music, released in 2013. Everyone loved the musical piece, and it stayed at the top of Billboard and iTunes jazz charts for over a month.

In 2014, Jon and his band, Stay Human, made their appearance on The Colbert Report and performed the band’s single Express Yourself. In mid-2015, CBS announced that Stay Human would serve as the house band on the new CBS show, The Late Show with Stephen Colbert, with Jon Batiste as the bandleader.

Since that day, Jon and Stay Human have been attached to the CBS show. The inclusion of Jon in the show seemingly increased his popularity. Later in his career, Jon collaborated with several artists such as Ed Sheeran, Willie Nelson, Prince, Stevie Wonder, and Mavis Staples. Likewise, he also began to tour across different cities and held concerts.

While speaking of the experience in concerts, Jon said, “I’ve played in all different types of environments, but I always love the intimate concerts just because I feel like people are more zoned in and more connected.”

In 2017, Jon was given the honor of performing the National Anthem at the 2017 NBA All-Star Game; and the Opening Night of the 2017 US Open. In 2018, his debut solo album “Hollywood Africans” was released by Verve Records. In the next year, he received a Grammy nomination in the category of Best American Roots Performance for his cover of “St. James Infirmary Blues.”

In 2020, the famed singer took part in the Juneteenth (also known as Freedom Day or Jubilee Day) in Brooklyn, New York. Matt Whitaker joined the musician as they performed on the steps of Brooklyn Public Library and tried to increase awareness of racial injustice. The day was special for Jon as it coincided with the death of George Floyd.

Later in his career, Jon began serving as the Creative Director of the National Jazz Museum in Harlem and the Music Director of The Atlantic. In May 2020, he collaborated with Cory Wong to release his seventh studio album titled Meditations—the album went on to receive a Grammy Nomination.

2020 was a great year for Jon Batiste. After releasing his seventh studio album, he joined hands with Trent Reznor and Atticus Ross. Together, the trio composed beautiful music for the Pixar animated movie Soul.

Their creation was so amazing that it went on to win several big awards, including the Golden Globe Award, BAFTA Award, the Critics' Choice Award, and L.A. Film Critics and Society of Composers & Lyricists honors. Likewise, the trio’s original score also got nominated for an Academy Award.

On April 25, 2021, at the 93rd Academy Awards, Jon, Trent, and Atticus’ Academy Award nomination turned into an Academy Award win as the trio received the Academy Award for Best Original Score. On that special night, Jon wore a dark blue tuxedo with a pinned floral embellishment.

To accept the award, he went up to the stage and gave his monologue. His acceptance speech read, “God gave us 12 notes. It’s the same 12 notes Duke Ellington had, Bach had, Nina Simone…. Every gift is special. Every contribution with music that comes from the divine, into the instruments, into the film, into the minds and hearts and souls of every person who hears it." His monologue continued, "The stories that happen when you listen to it, the stories you share, the moments you create, the memories you make, man, it’s just so incredibly special.”

Afterward, he acknowledged the other nominees, thanked the Academy, and God. In the end, he stated, “this moment is a culmination of a series of miracles.” The monumental occurrence was Jon Batiste's first Academy Award win and it made him the second Black composer to win the original score award. 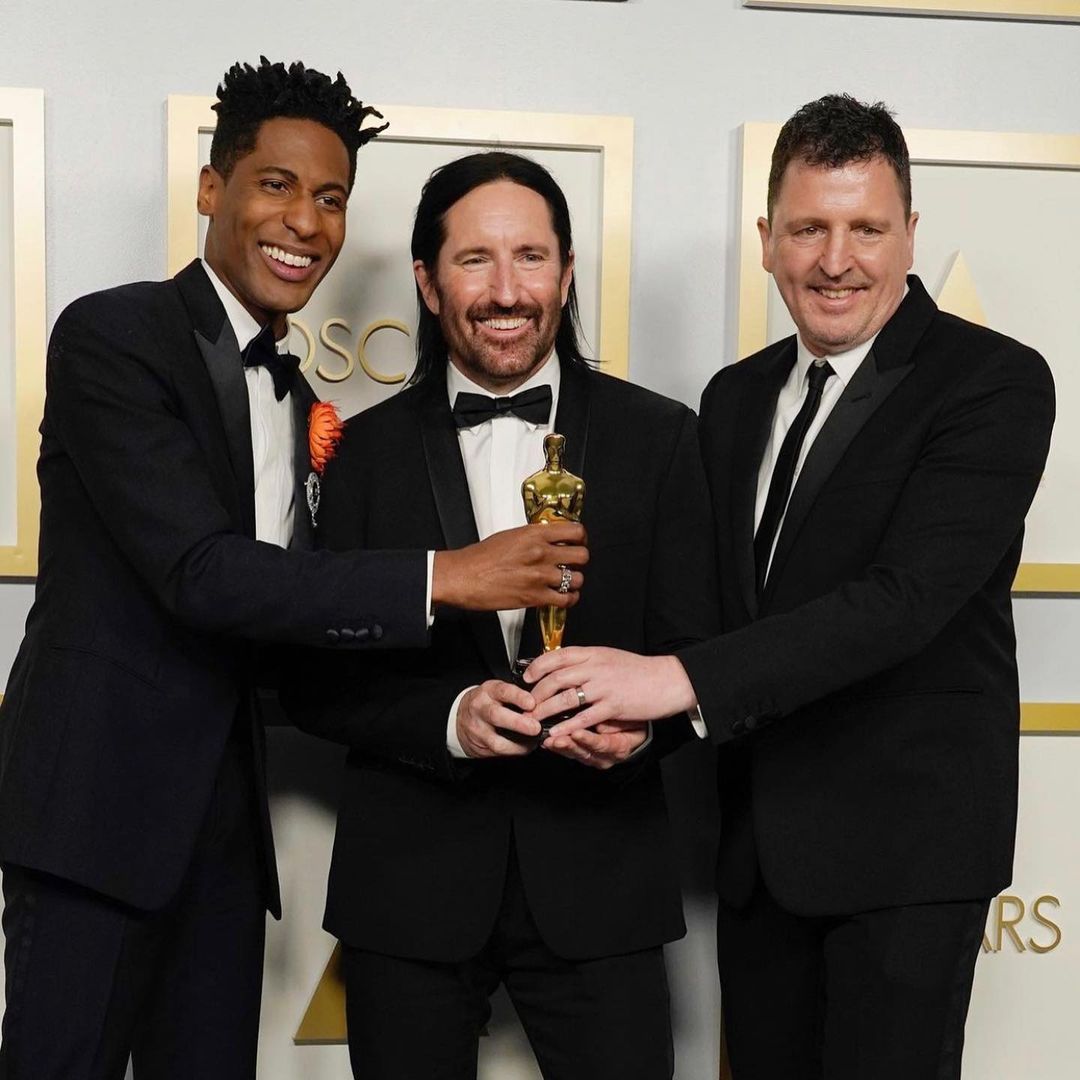 What's Next For Jon Batiste?

While leading upto the 93rd Academy Awards, on March 19, 2021, Jon released his fifth solo studio album titled “We Are.” The album contained songs like "Tell The Truth," "I Need You," "Boy Hood," "Freedom" and many more. The musician described the album as “a culmination of my life to this point” and “the most representative of where I'm at as a creative, and as an artist.”

After the release of his album and winning an Oscar, many of the musician's fans were wondering about Jon's next move. And, if you are one of those fans, then, don't you worry as Jon Batiste has a lot in store for the upcoming days. For instance, just a few days ago, on June 8, 2021, he released a music video, via Facebook, for his song "Freedom" from his album "We Are."

The music video, which is yet to be uploaded on YouTube, has garnered a lot of positive reviews. As of this writing, the video has gained over 3.3 million views, 79 thousand likes, and 4.6 thousand comments. On June 9, 2021, he shared a snap/picture from that music video and shared it on Twitter. In the caption, Jon had added some lyrics from the song.

Queen Tahj and the Black Indians

But, that's only the recent works. Speaking of his future works, Jon Batiste told essence.com to "Expect the unexpected." The musician is all set to travel around the world once the COVID-19 pandemic situation gets normal. He is going to be featured in some highly anticipated lineups that include Austin City Limits Music Festival and Bonnaroo.

Going by that, Jon's fans must be all excited to see their favorite musician back in action!

Explore: Did Loz Left VH1's Show 'Cartel Crew?' The Reason Behind His Absence in Season 3!

How Much Is His Net Worth?

With such a flourishing musical career accompanied by great accolades, it must be sure that Jon Batiste has garnered a considerable amount of net worth. As per Celebrity Net Worth, Jon Batiste has a net worth of $4 million. The figures might increase in the upcoming days with the bandleader’s further projects coming in the future.