Lana Rhoades Announces Pregnancy Via Instagram | Who Is The Baby Daddy? 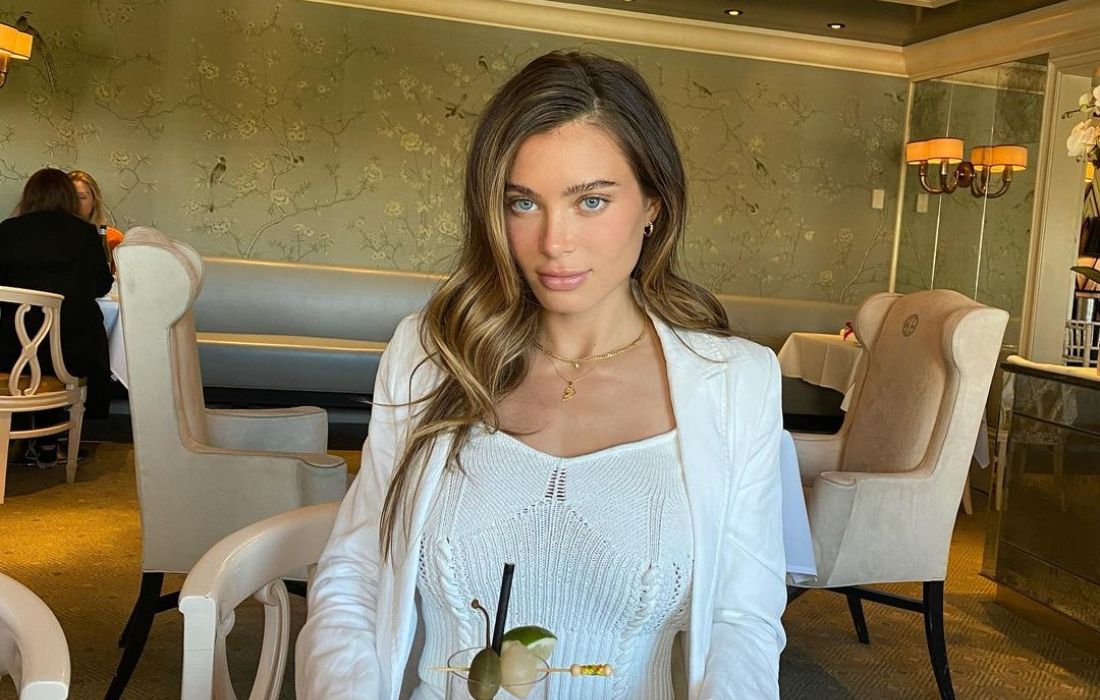 Congratulations are for the soon-to-be mother, Lana Rhoades! Yes, you heard that right! Lana Rhoades is officially pregnant.

Lana, who received widespread fame as a pornographic film actor, announced her pregnancy news through her Instagram handle on June 1, 2021. She inserted her sonogram picture next to some red flowers and captioned it writing, “This is the announcement” with a heart emoji attached.

Likewise, just below the sonogram picture was a white paper on which the due date was written. “1/13/22” was the date written on it, hinting that the baby will enter the world on January 13, 2022, if there aren’t any complications.

American model Josie Canseco was shocked to hear the news as she wrote “wut.” Moreover, Gregorio Campos, who herself is pregnant, went on to write, “Welcome to the best part of life.” 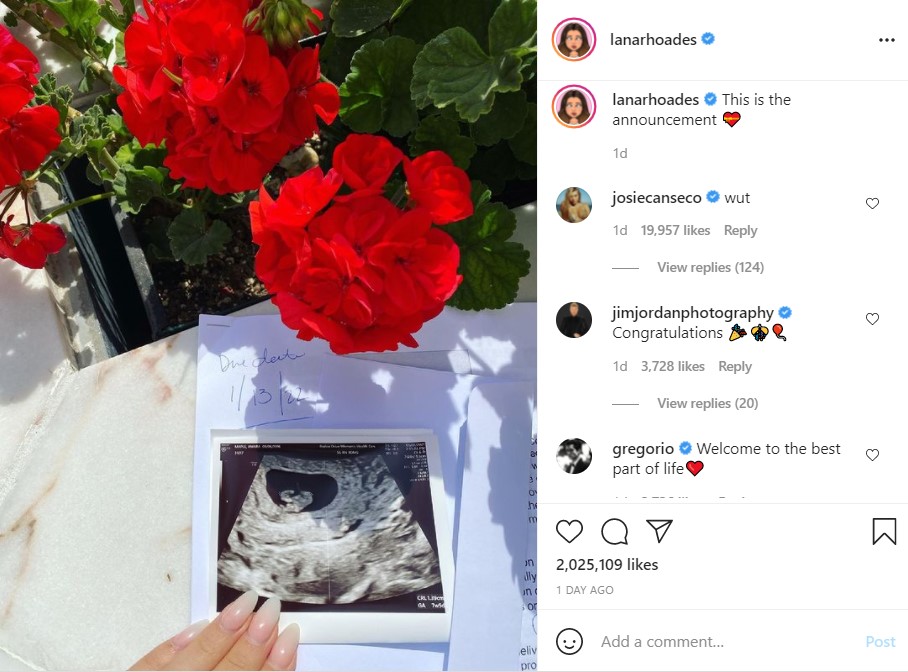 The big announcement comes just a few days after a Twitter user called Lana out for having a “shiny plastic looking forehead” and “so much Botox” and not having “normal facial expressions.” In reply to these harsh words, the internet personality responded calmly by saying, “It’s actually a pregnancy glow but go off,” with a Red heart emoji attached.

Who Is The Baby Daddy?

Lana Rhoades’ pregnancy announcement shocked many peoples and made many wonder about the baby's father. The guessing got more hard as the Chicago, Illinois native is not dating anyone as of this moment.

Lana’s last relationship was with the “Impaulsive” podcast host, Mike Majlak. The two were in a relationship for a while, but their togetherness was on and off. Following some time of togetherness, the two officially parted ways in February 2021. 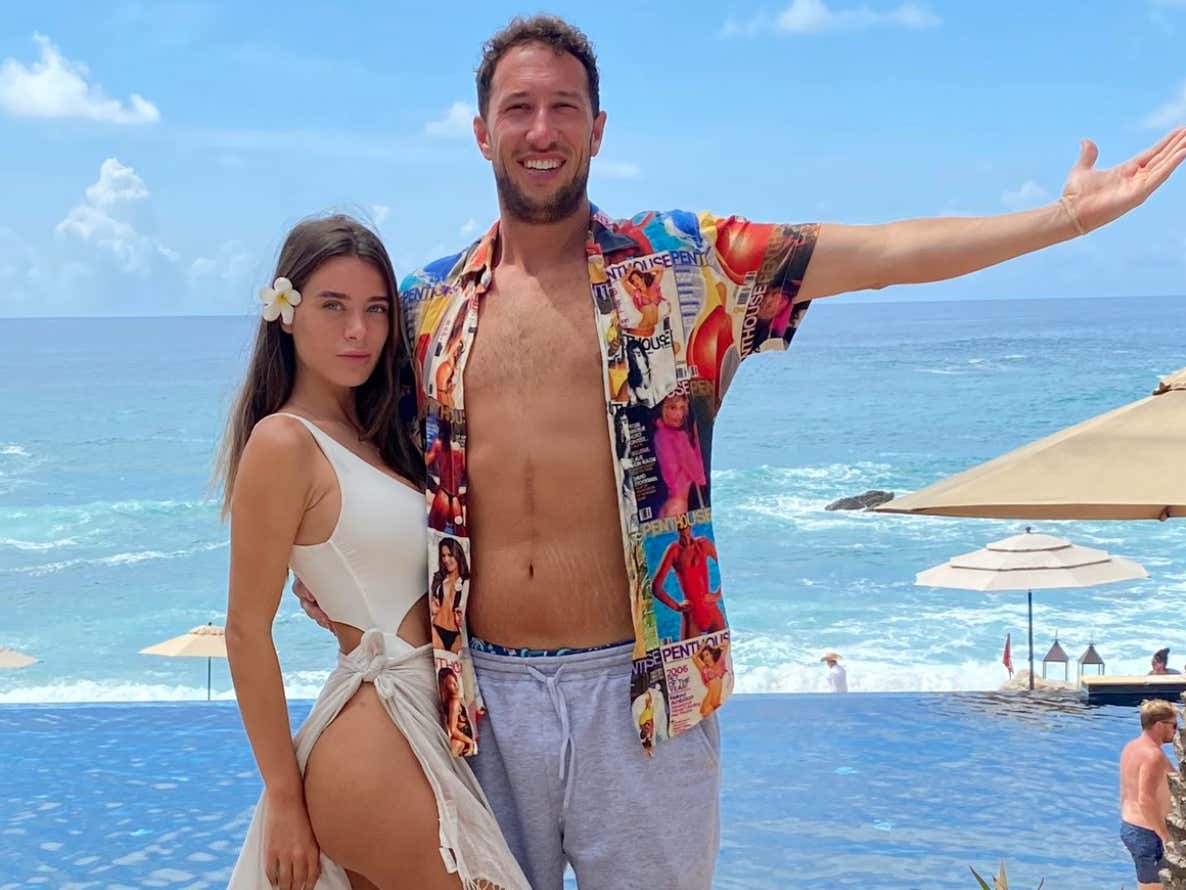 After parting ways with Lana, Mike revealed the reason behind their split on the Impaulsive podcast. He stated that he and Lana bid farewell because their relationship was draining, and they were fighting with each other all the time.

Likewise, around February 2021, Lana also took to her Instagram Story. She said that Mike is not on her Instagram because they are not together anymore, and she is currently single.

Since then, there has been no rumor of the two getting back together or Lana dating another man. Although the odds are not in favor of Mike being the baby daddy, many believe that he was. This is due to the tweet that Mike did on June 1, 2021.

Sometime after Lana announced her pregnancy, Mike took to his Twitter handle and wrote, “does anyone have a contact at the maury show? no big deal.” The Maury Show is a chat show known mostly for offering guests the opportunity to take DNA tests to prove or disprove paternity. 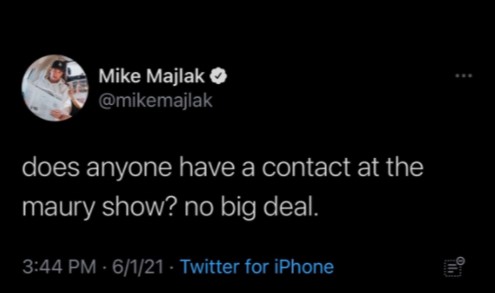 However, it now seems that the people’s guesses are wrong. The first reason is Mike's deletion of his tweet. Secondly, considering January 13, 2022, as the due date of Lana’s baby [as stated in her pregnancy announcement post] and assuming that the due date is nine months after she got pregnant, it means that she conceived around April or May of 2021.

And, if she conceived around April or May of 2021, then Mike could not be the father of the unborn child as Mike and Lana broke up in February 2021. However, the theory might not be entirely correct as it could also be possible that the departed couple got back together and kept it private.

Similarly, it could also be possible that Lana might have found a new companion after parting ways with Mike. If that’s the case, then the 24 years old is currently keeping her possible newfound partner away from the eyes of the media and public.

Explore: Kelly Osbourne Opens Up On Her Drug & Alcohol Addiction on 'Red Table Talk,' Says 'I Was Dealing With Bottles.'

The “3 Girls 1 Kitchen” podcast host rarely shares pictures on her social media handles, and none of those pictures have been alongside a man, less a possible boyfriend.

With all the guesses floating around the internet, there is still no confirmation as to who is the actual father of Lana’s unborn child. Well, it looks like the public has to wait for some while until someone comes forward or Lana herself announces the baby daddy.