Loki Fall in Love with Sylvie? The Mysterious Relationship between the Two Tricksters 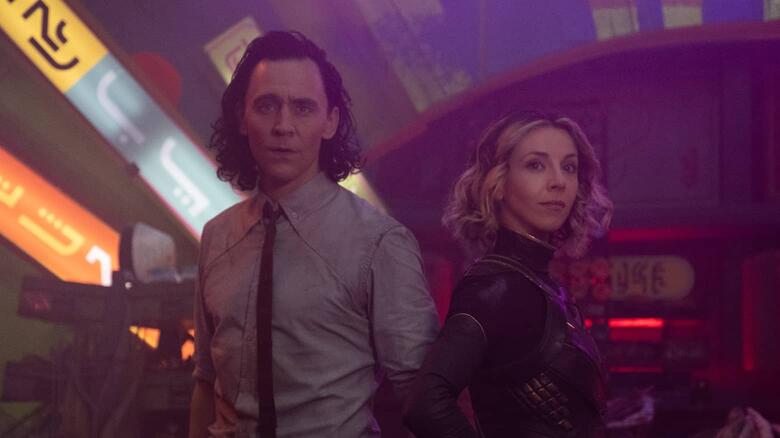 The new Marvel/Disney+ series, Loki, has attracted millions of viewers from across the world with its amazing scenes and character arcs.

With 4 out of 6 episodes being already released, the Marvel Cinematic Universe (MCU) fans are eager to see what happens next in his amazing action-fiction series. But, one of the main things that the fans are eager to learn is “Is Loki in love with Sylvie?”

As the show has progressed, the viewers have come to learn that Sylvie (played by Sophia Di Martino) is the female version of Loki (played by Tom Hiddleston). Due to that, it’s quite hard for the MCU fans to swallow the pill of Loki falling in love with another version of himself aka Sylvie.

But, is that really the case here? Well, let’s find out!

In the fourth episode titled ‘The Nexus Event’ of Loki, released on June 30, 2021, it was seen that Loki and Sylvie were sitting together in front of a lake, accepting that they were about to die in the destruction of the planet, Laminitis – 1.

Thinking that they were about to die, they held each other hands and accepted their fate. In the next scene, Mobius (played by Owen Wilson) and Hunter B-15 (played by Wunmi Mosaku), who were in the Time Variance Authority (TVA), noticed a big nexus event in Laminitis – 1, leading them to go there and capture Loki and Sylvie. 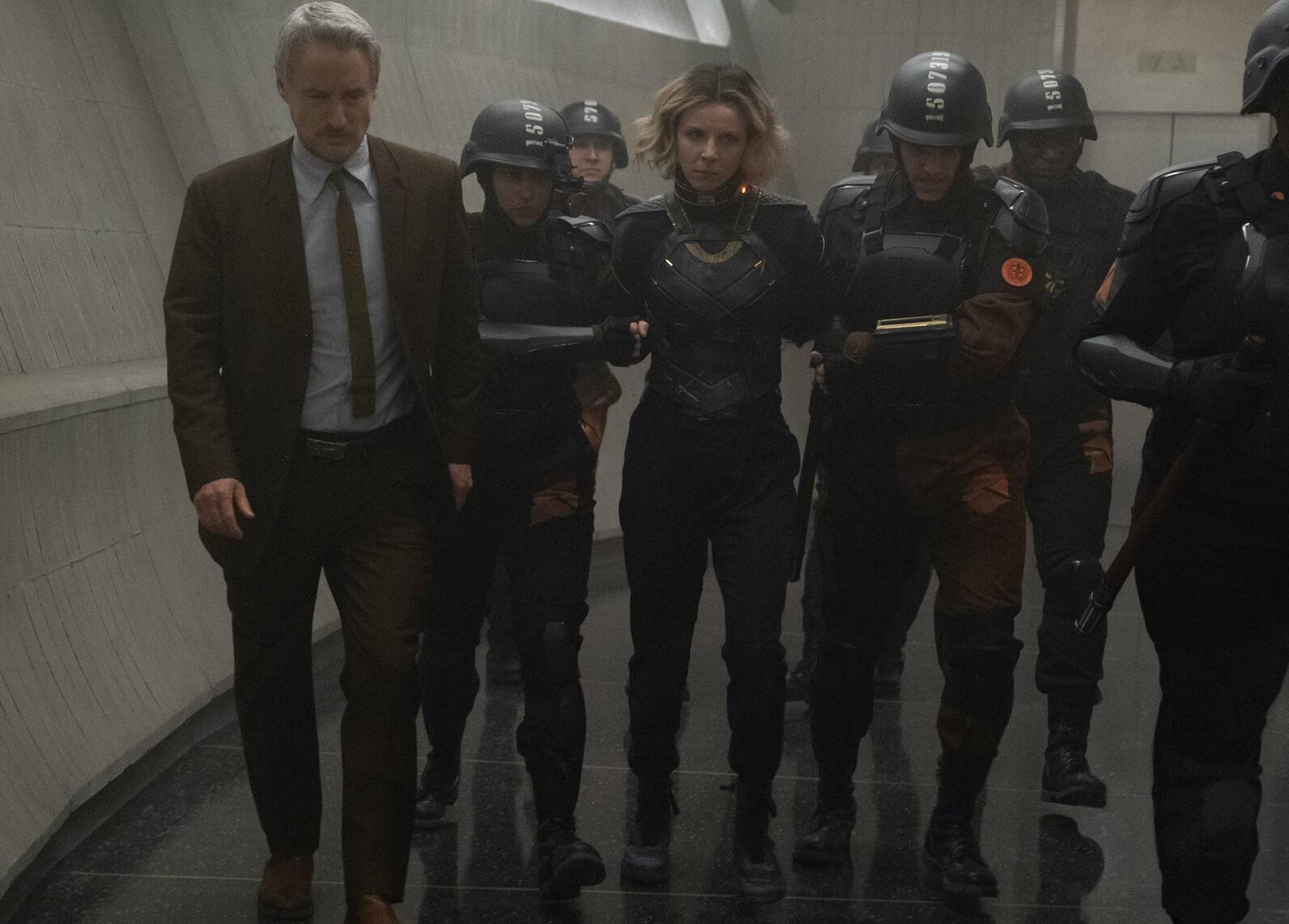 Sylvie being taken into custody by the TVA (Source: Marvel.com)

While interrogating Loki, Mobius tries to find out what caused such a big nexus event on Laminitis – 1. Later, Mobius pieces all the cues Loki had said and comes to the conclusion that Loki is in love with Sylvie, another version of himself.

When a small argument erupts between the God of Mischief and the TVA agent, Mobius yells at Loki and states “Two variants of the same being, especially you, forming this kind of sick twisted romantic relationship? That’s pure chaos! That could break reality. It’s breaking my reality right now! What an incredible seismic narcissist! You fell for yourself!”

Mobius’s conclusion becomes stronger when Loki almost breaks down after Mobius tells that Sylvie was pruned (killed) by Hunter B-15 [which was a lie]. But, after Loki figures out that Mobius is lying, he tries to get rid of the conversation by telling “Sylvie is a means to an end, and I was going to kill her myself.”

The conversation got ended when Mobius sends Loki to an event from his past in an endless Time Loop. Later, the show follows different stories until Loki and Sylvie meet again at the end of the show when Judge Ravonna Renslayer (played by Gugu Mbatha-Raw) takes both of them in front of the Time Keepers to prune them. But, a fight erupts during that scene and Loki and Sylvie find out that the Time Keepers were useless androids (Robots). Loki tries to console Sylvie and it seemed he was about to confess his feelings and kiss her. However, the moment was abrupt when Judge Ravonna prunes Loki from behind, which shocks Sylvie.

Right after that, the end credits roll out, leaving the viewers to make theories until the fifth episode airs next week on Wednesday.

i really think ppl are over-reacting when it comes to loki and sylvie like do you guys even know loki as a character of course he’d fall for himself #Loki pic.twitter.com/vcPWxHB61l — jam :) #momentomori (@taeminyall) June 30, 2021

But, it seems like there might not be a case of a romantic connection between Loki and Sylvie. In a recent interview with Thrillist, Loki director Kate Herron stated that there is no intention of bringing an intimate relationship between the two God of Mischiefs. Instead, the writers of the show only wanted to establish a friendly relationship between Loki and Sylvie, as none of them have had any friends.

For me, it was just about it becoming a character study. Not necessarily romantic, but Loki doesn't have many friends, you know? He builds this friendship with Mobius across the second episode

In addition, she also mentioned that they tried to establish a friendship between the two so that they could work as a team, and by the end of the show they might be friends and have each other’s back in some needed moments.

Her words read, “It was really about crafting out characters that, by the time they get to the city at the end of the show, they're going to work as a team. And they have to have gone on a journey and maybe they'll be friends, we don't know, but at least they are at a point where, 'OK, I've got your back at this moment.'” Loki and Sylvie working together in Laminitis-1 (Source: Marvel)

However, the head writer of the show, Michael Waldron, has an entirely different take on the topic. In a chat with Marvel.com, Michael explained that the love story between Loki and Sylvie was one of the cruxes of his pitch for the Disney+ show. He continued by saying;

We went back and forth for a little bit about, like do we really want to have this guy fall in love with another version of himself? Is that too crazy? But in a series that, to me, is ultimately about self-love, self-reflection, and forgiving yourself, it just felt right that that would be Loki's first real love story.

You May Also Like: Nathan Scott and Haley James Divorce Scene from 'One Tree Hill'

Well, whatever the case might be, the confusing relationship between Loki and Sylvie has already made the MCU fans buckle up and wait for the next episodes to get released. And, with just 2 episodes remaining, the viewers might get all of the answers to their questions.

The new episodes of Loki premiere every Wednesday only on Disney+.