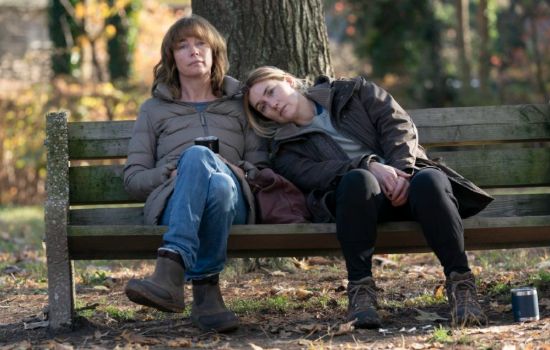 WARNING: The following content is filled with spoilers from the season finale of HBO’s Mare of Easttown.

HBO’s crime series Mare of Easttown ended in a quite stunning way as the seventh and final episode, “Sacrament,” airing on May 30, 2021.

After the fifth episode of the show cleared the air as to who was kidnapping young girls, there was only one thing left; Who was Erin McMenamin’s killer? And, the season finale gave the viewers a clear view of the killer.

The last episode of Mare of Easttown revealed that Ryan Ross was the one who shot Erin. However, Ryan only wanted to scare Erin after learning that his father, John, was having an affair with Erin. Things got complicated when Erin tried to fight her way out, and Ryan accidentally pulled the trigger, leading to Erin’s death.

When detective Mare Sheehan [portrayed by Kate Winslet] solves the crime, she ends up arresting Ryan. Mare’s decision results in making a difference in her friendship with Lori Ross, who is Ryan's mother. This happened because Ryan’s father, John, had taken the fall for the murder, and Lori had expected that Mare would arrest John, not her son, Ryan.

After the above-mentioned series of events occurs, the end credits roll out as the first season of Mare of Easttown comes to an end, leaving the show's viewers to wonder what will happen between Mare and Lori and if the show will be renewed for a second season.

Although nothing was said on-screen, the actress who played Lori Ross, Julianne Nicholson, had a few things to say while different news outlets interviewed her. Here is what Julianne had to say about the season finale!

While talking to TV Insider about the events of the season finale of Mare of Easttown, Julianne was asked if Mare did the right thing by arresting Ryan for the accidental shooting.

Answering that question, she said that Mare didn’t make the right decision, at least for her. She also added that she could talk about them easily as all of these events are just fictional. Continuing her statement, she said, “But no, I think she should have let John take the rap and let Ryan live his life. I mean, [Mare’s] not a beacon of morality, so why is this the place where you feel like you have to do the right thing? No, I wish that’s not how it ended. I wish John took the rap.”

At last, she concluded her words by saying that she, personally, loved the ending and it was perfect for the show.

One of the main storylines of HBO’s Mare of Easttown was the friendship between Lori and Mare. But, as the show continues, their friendship begins to get fractured. When Mare noticed that Lori was hiding the truth of the real killer, at the end of the last episode, Mare felt betrayed.

The show's creator, Brad Ingelsby, also told The Hollywood Reporter that Mare pursuing to solve the case even though John already confessed, and eventually arresting her best friend Lori’s son, Ryan, was completely devastating for Lori.

It’s her best friend’s son, and this is completely devastating with Mare being the one to arrest him and solve the case, and what that means for her relationship with Lori.

As a result of those events, many thought there might be a rift between Lori and Mare. But, after Julianne, who portrayed Lori, gave an interview with TV Insider, it now seems that there might not be such a thing. When asked if she is mad at Mare for how things turned out, Julianne replied that Lori is mad at Mare and wishes she didn’t do that. Then, she stated that Lori would try to and probably can move through Mare’s decision, as shown at the end of the season finale.

Julianne’s words read, “I think she’s mad at Mare and wishes that she didn’t do that, but as we show in the end, it’s something that she will try to, and probably can move through.”

The viewers of the show might be relieved to know that. But, for now, they are more eager to know if there will be another season or not. Let’s hope everything turns out good and HBO will make a decision soon enough!