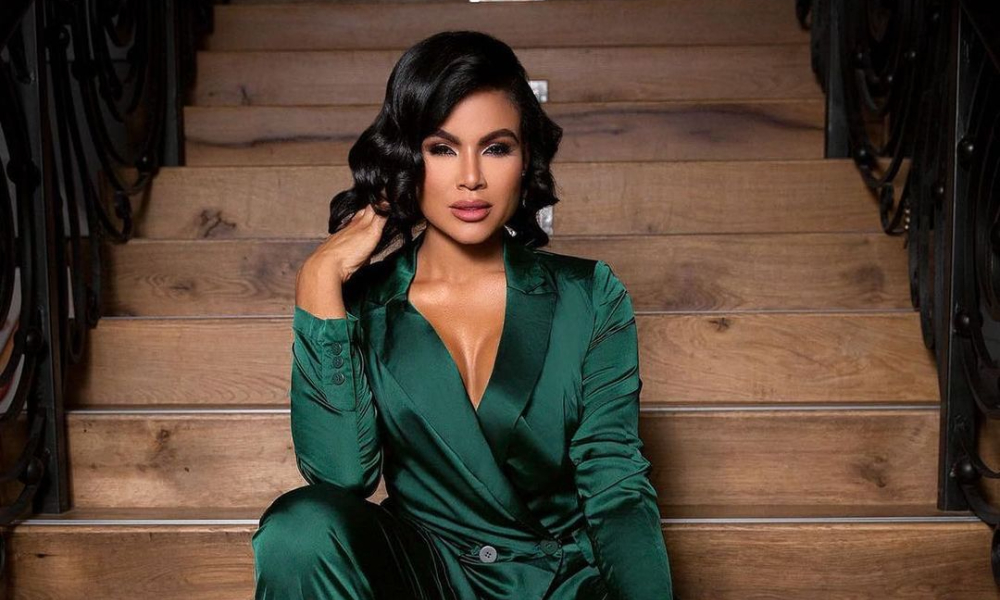 The Real Housewives of Potomac newcomer Mia Thornton is not afraid to speak up and reveal some secrets.

On the season premiere of RHOP on July 11, 2021, fellow castmate Wendy Osefo revealed that she once had a b**b job as well as other “tweaks” done. Afterward, she went on to ask Mia if she has had went through some procedures “because it seems like you've had a lot of stuff done.”

Replying to that question, the American entrepreneur admitted that she had “everything” done when it comes to cosmetic procedures and plastic surgery. “Oh, everything! And I own it,” said Mia.

Additionally, she went into the details of the procedures she admitted and said that she gets her Botox every four weeks, she got fillers, she did her lips, have had four b**bs [jobs], have had a tummy tuck, and Abdominoplasty and had her a** done.

So I get my botox every four weeks. I get fillers. I have my lips. I've had four boobs [jobs]. I've had a tummy tuck. I've had Abdominoplasty. I've had my a** done.

After that, she said that she can continue to go on and reveal more details. And, when she did so, all of the cast members, including Gizelle Bryant, Ashley Darby, Wendy Osefo, Robyn Dixon, and Karen Huger got stunned and silenced.

The moment came when Mia revealed that she even had her cl*t[oris] worked on. After listening to that Gizelle shockingly replied, “You did what now?” and went on to say that she just met Mia and she doesn’t ever want to know what she had done to her v**ina.

Mia, girl, I just met you. I don't ever want to know what you had done to your v**ina.

However, Mia had an explanation as to what she had that procedure done. She mentioned that after you have children [in the case of Mia, she has three kids], it becomes large and she did the procedure to make it tight.

Although Mia’s revelation shocked some of her fellow cast members, the viewers of the show were quite happy to know the truth and supported her on Twitter. One fan tweeted, “I appreciated the fact that Mia is an open book. She won’t let these girls clock her #RHOP.”

Mia is giving me a great first impression. I love an honest Bxtch! No need to hide about the needles and scalpels. #RHOP pic.twitter.com/lxmfG6cjbU — k. matt | kristyn (@heyitskmatt) July 12, 2021

Another cheered, “I don’t want to jinx it but Mia is fantastic #RHOP”

I don’t want to jinx it but Mia is fantastic #RHOP pic.twitter.com/mbk4tptDvj — Becca (@ImWatchingBravo) July 12, 2021

Additionally, one Twitter user wrote that Mia is laying it all out and saying that “y’all gonna get all of me right off the back so you can’t try to dig. #RHOP”

Furthermore, another added, “Mia is a top-tier gal. She checkmated Wendy on that plastic surgery shade REAL quick. “And I own it!” Bloop! #RHOP”

Mia is a top tier gal. She checkmated Wendy on that plastic surgery shade REAL quick. “And I own it!” Bloop! #RHOP pic.twitter.com/tVHxP7hw4w — Bravo Binger (@BravoBinger) July 12, 2021

Mia Thornton is a successful entrepreneur, franchise owner, and regional developer. She was born in 1984 in the United States and celebrates her birthday on the 25th of November every year, making her 36 years old. Her zodiac sign is Sagittarius. Keep reading her bio…