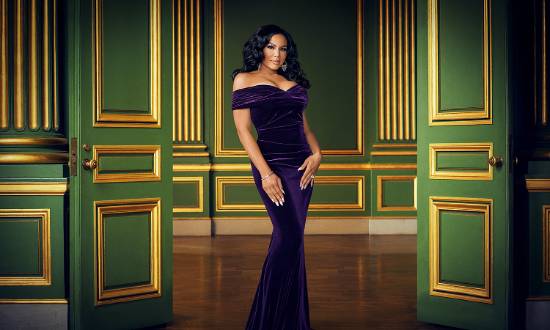 The Real Housewives of Potomac universe is going to expand more as the official trailer for the sixth edition of the reality television show was released on May 24, 2021, exclusively via PEOPLE.

In the trailer, there were some new faces, including the face of the newcomer, Mia Thornton. In the series, Mia is joined by other housewives, including Dr. Wendy Osefo, Gizelle Bryant, Karen Huger, Candiace Dillard Bassett, Ashley Darby, and Robyn Dixon.

After the season six trailer was dropped, and Mia was introduced, viewers of the show got excited to learn more about the new housewife. So, without further ado, let’s get straight into it!

Who Is Mia Thornton? Her Short-Bio, Age, Education

The newest addition to the RHOP universe, Mia Thornton, is a successful entrepreneur, regional developer, and franchise owner. Born in 1984 in the United States, she celebrates her birthday on the 25th of November every year, making her 36 years old. Likewise, her zodiac sign is Sagittarius.

Not much is known when it comes to her biological family. In the season six trailer of RHOP, she mentioned that she grew up in foster care. When Gizelle Bryant asked Mia, “So your mom gave you up?” Mia responded by saying, “No, they came and took me.”

As for her foster parents, their names are Robin Elaine Lynem and Daryl Lynem.

Speaking of her academics, her Bravo TV profile states that she attended Southeastern Institute and received a degree in Neuromuscular Massage Therapy.

She Is Successful Businesswoman

Following her graduation from Southeastern Institute, Mia initially worked as a Clinic Director in Charlotte, North Carolina. Later on, she went on to be the owner of Massage Envy Spas. 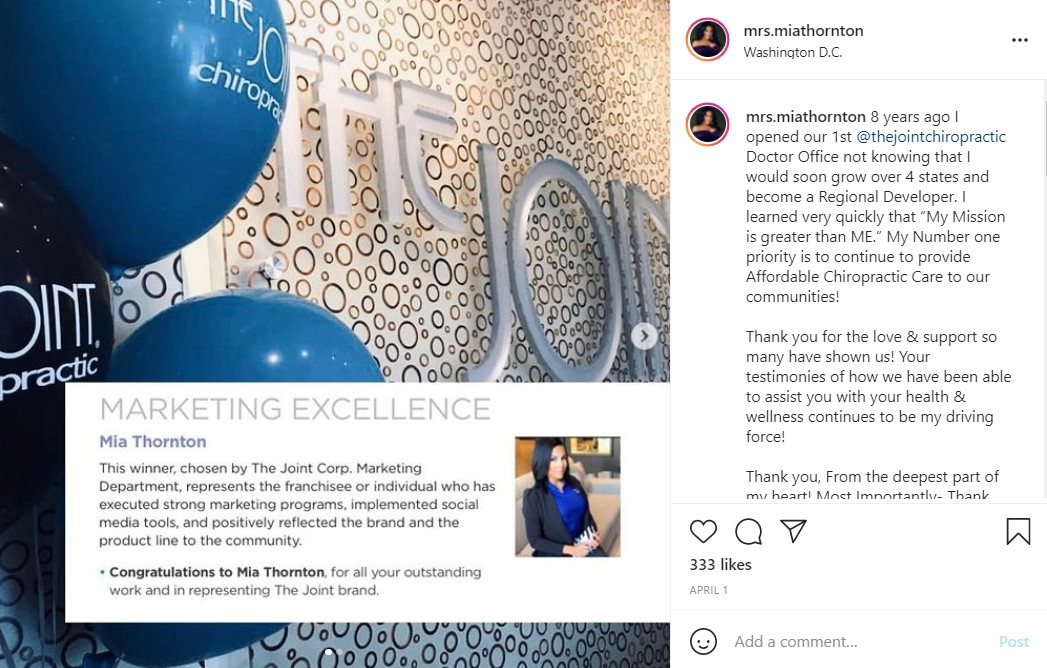 In those eight years, the business has expanded a lot and it now has branches in different places of the United States like North Carolina, Washington DC, New York, Virginia, and Maryland. Furthermore, she is also the CEO and founder of a cosmetics company named A Milleon London.

Going by the above-mentioned details of her profession and how she has become a successful entrepreneur, it can be easily determined that Mia Thornton has maintained quite a position in society. That's not it as she not only has maintained a good position but has also earned quite the sum from her businesses.

The reality TV star has accumulated quite a sum which has lifted her net worth. Likewise, thanks to her ever-growing businesses, she has managed to live a lavish life and has a great lifestyle. As per multiple sources, it has come to know that Mia currently boasts a net worth of around $5 million.

Additionally, with her joining the cast of RHOP and her popularity rising, it is quite certain that her net worth will rise.

Mia Thornton Has A Blissful Married Life, Blessed With Children

In their marital life, the married couple is blessed with three children; two sons named Joshua and Jeremiah and a daughter named Juliana. 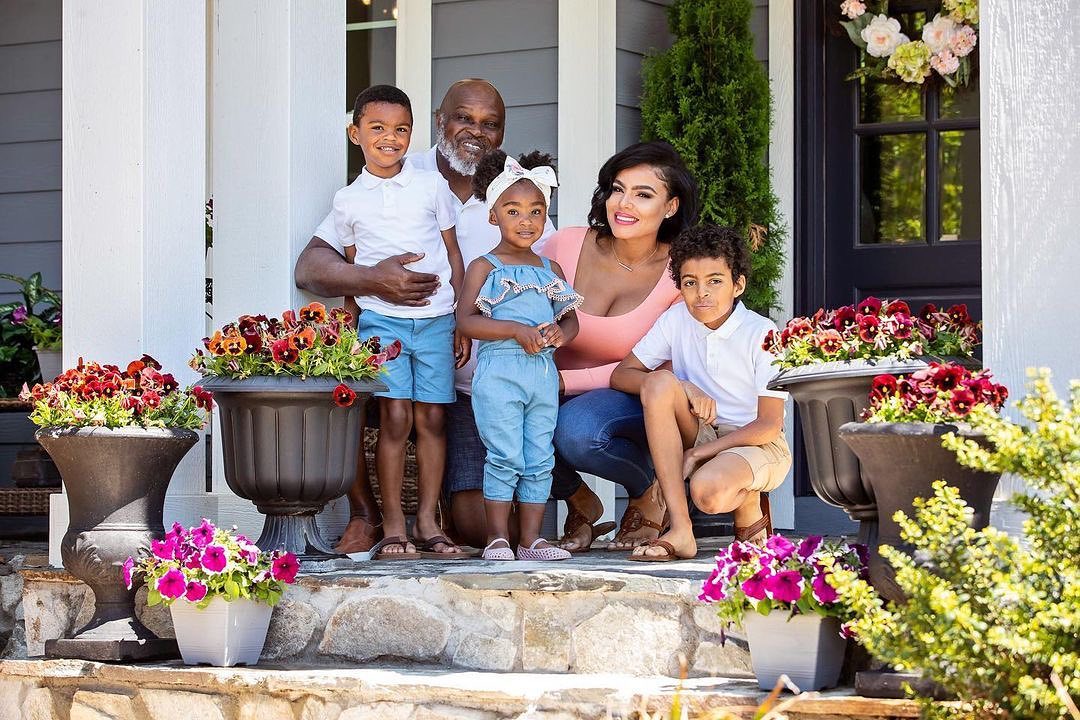 The beautiful family of five currently lives happily in their Maryland resident.

Although Mia is a newcomer on RHOP, it looks like she has already made quite the impression on other cast members of the show. This was evident through season six’s first look trailer.

In that trailer, Karen Huger described the mother of three as “a boss” and “a breath of fresh air.” Not only that, but Karen also took to her Instagram handle to share a picture captured alongside Mia and wrote some lovely words for her in the caption.

She wrote, “A BOSS meeting a BOSS! [Mia and] I meeting for lunch before she officially became the next RHOP Housewife! I am so excited to introduce you all to my friend Mia! She is a. REAL ONE, she’s funny, she smart and has a heart of gold! Welcome aboard my friend! Now let’s take them on the ride of their lives! 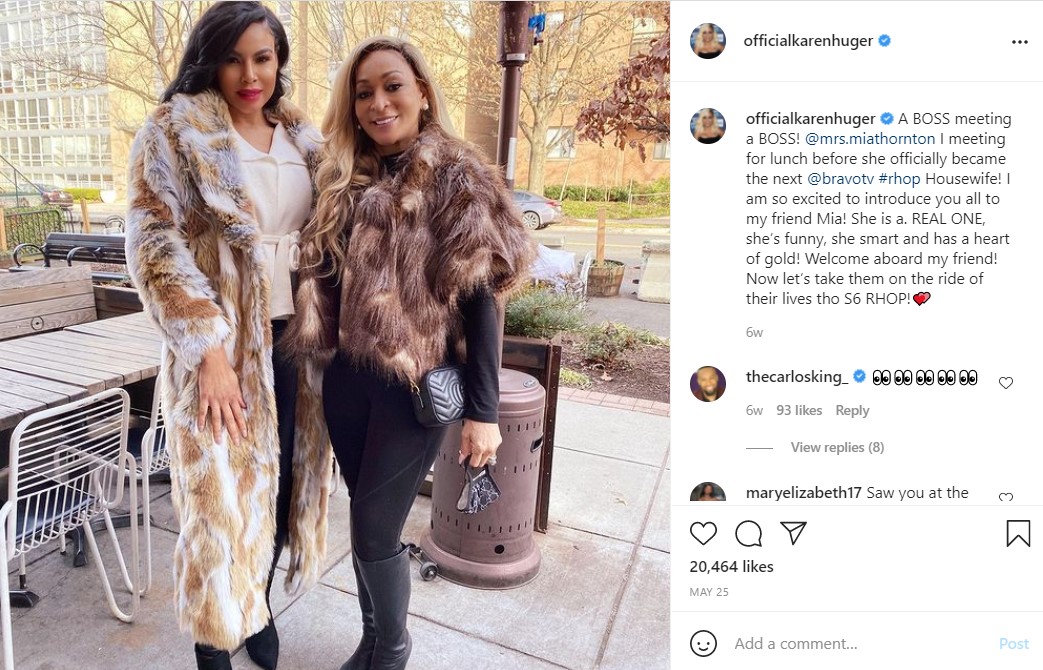 But Karen isn’t the only one who got some lovely words for Mia. While announcing Season 6 of RHOP via Instagram, Robyn Dixon went on to welcome Mia wholeheartedly and said that she is the perfect addition.

You May Also Like: Netflix Releases Trailer for Daym Drops' 'Fresh, Fried & Crispy' | Know His Career & Net Worth

Going by that, it seems all of them can’t wait for season six to get released. And, when the sixth edition of the show airs, fans will be able to learn more about Mia Thornton. Make sure you watch Season 6 of Real Housewives of Potomac when it premieres on July 11, 2021.