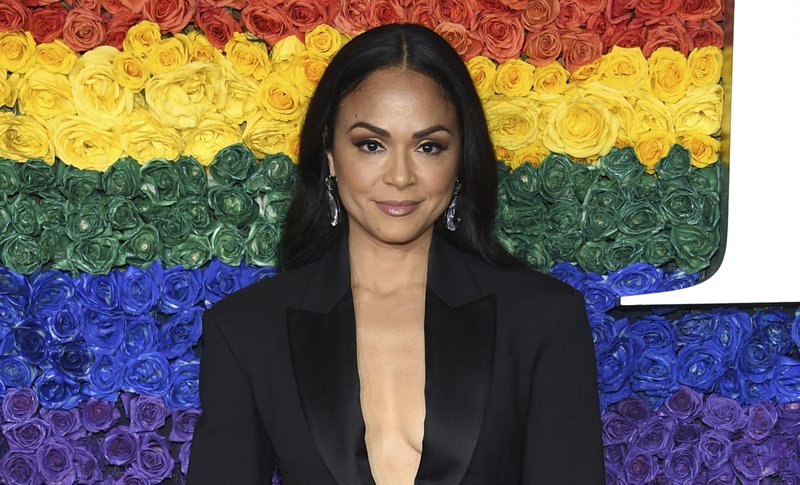 Karen Olivo is a talented actress who grabbed a nomination at the 2020/21 Tony Awards for her amazing performance as Satine in Broadway’s Moulin Rouge! The Musical. Although she grabbed a notable nomination due to that role, Olivo recently announced that she would no longer be portraying the role.

Karen Olivo, who prefers to use “She/They” pronouns for themselves, announced their decision through an Instagram video of April 14, 2021. In the video, she mentioned that they would not be returning to the sets of Moulin Rouge! The Musical. Olivo said that she took the decision after being disappointed by the silence of the Broadway industry in the wake of disclosures about the bad workplace conduct of the producer, Scott Rudin.

And, even though Moulin Rouge! The Musical is not produced by Rudin; she stated that not returning to the show is to make a stand about social justice.

In addition to that, she also stated that she could easily return to the sets as if nothing ever happened and earn a lot of money, but didn’t do so as she would never be able to control what she was putting out into the world. She continued by saying;

And what I’m seeing in this space right now, with our industry, is that everybody is scared, and nobody is really doing a lot of the stuff that needs to be done. People aren’t speaking out.

Afterward, she went on to talk about the allegations made against Scott Rudin in her Instagram video. At first, she told that the silence Broadway world has kept about Rudin is unacceptable. Then, she told;

That one’s easy, y’all. That’s a monster. That should be a no-brainer. Those of you that say you’re scared, what are you afraid of? Shouldn’t you be more afraid of not saying something and more people getting hurt?

In the latter part of the video, she told her viewers that “Social justice is actually more important than being the sparkling diamond.” Furthermore, she also stated that she would prefer to build a better industry for her students rather than putting more and more money into her pockets.

After delivering such statements, the actress was backed up by other rising talents and well-known celebrities. Likewise, the producers of Moulin Rouge! The Musical also supported Olivo and tweeted, “We applaud and support Karen’s advocacy work to create a safe, diverse, and equitable theater industry for all.”

Moulin Rouge! The Musical is forever indebted to @Karenolivo's artistry, passion, and craft in creating the role of Satine on stage. We applaud and support Karen’s advocacy work to create a safe, diverse, and equitable theater industry for all. pic.twitter.com/YfeVtKqWCv — Moulin Rouge The Musical - Broadway (@MoulinRougeBway) April 14, 2021

The actress’s bold statement came exactly a week after The Hollywood Reporter released a news story that made allegations against the American producer, Scott Rudin, of workplace harassment, racist outbursts, and throwing staples and glass bowls at his former employees.

A few days later, after the news was published, the three entertainment industry unions—SAG-AFTRA, Actors Equity, and the American Federation of Musicians Local 802—came together and released a statement to punish bullying, workplace harassment, and violent behavior. However, none of the statements specifically named Scott Rudin.

You May Also Like: Who is Justin Thomas’ girlfriend? Jillian Wisniewski Wiki, Bio, Career Details

As for Rudin, he has neither denied the allegations nor accepted them. Furthermore, he is yet to comment on the topic.