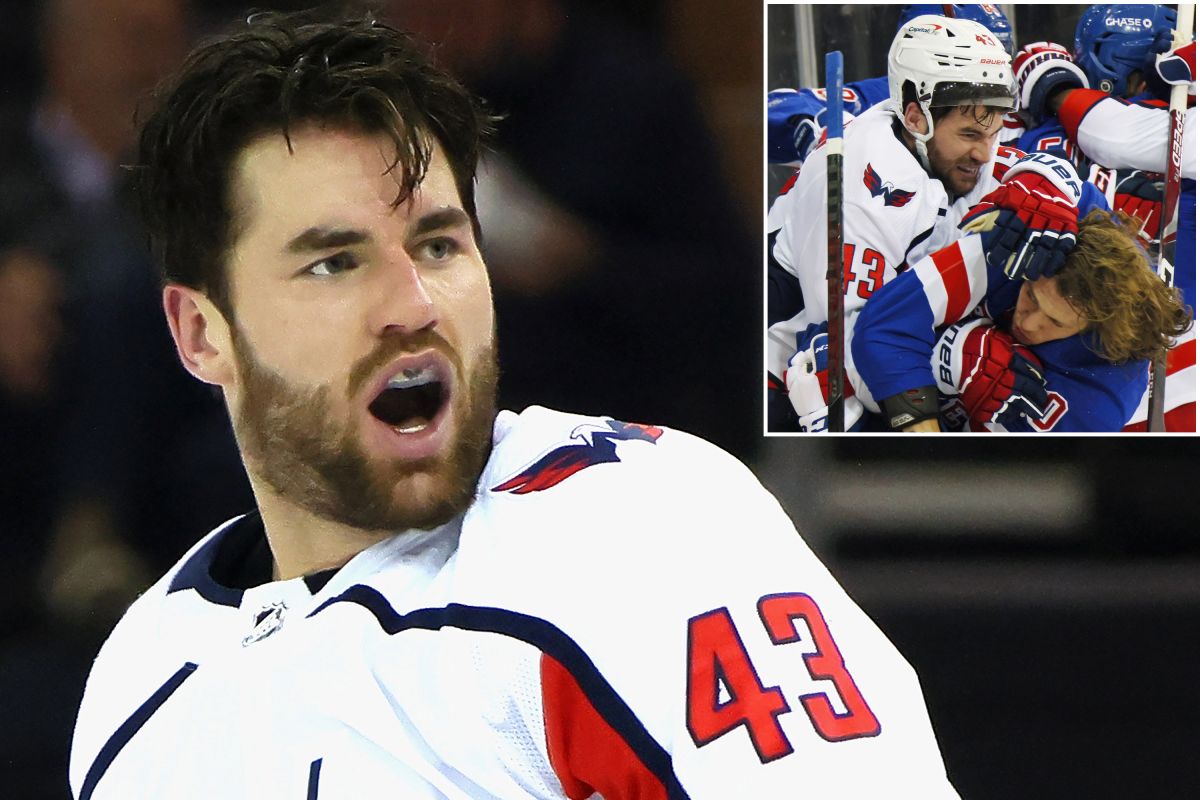 National Hockey League (NHL) player and Washington Capitals forward Tom Wilson has had quite a history when it comes to fair play. The same happened when he began a massive fight during his team’s 6-3 win against the New York Rangers at the prestigious Madison Square Garden on Monday night.

The brawl started mid-way through the match after the Capitals’ goalie, Vitek Vanecek, saved a fabulous strike shot by Rangers’ player. After the save was made, a number of players from both teams began to tussle inside the crease, with the match referees trying their best to separate all of them.

However, the fight ignited at a whole new level after Wilson joined the frame and started to punch Rangers’ Pavel Buchnevich, who was facedown on the surface, in the back of his head. In less than a minute, all of the players gathered around the same place and began throwing punches at each other.

On the other hand, Wilson got separated from Buchnevich. However, his fierce strikes didn’t stop there as he body-slammed Artemiy Panarin to the hard ice multiple times and exchanged some blows. Soon, all of the players and match referees shifted their focus towards Wilson and finally separated him. After the brawl was stopped, the controversial NHL player, Wilson, received a 10-minute misconduct penalty alongside four minutes for roughing.

However, the Capitals’ forward seemed to be proud of his actions as he waived to the small audience during his long walk to the dressing room. Although Wilson seemed proud, the fans thought otherwise as they booed him.

After the match ended, with the Capitals’ win over the Rangers, Rangers’ coach David Quinn stated that Panarin’s condition was fine but he suffered a lower-body injury. He also mentioned that Wilson crossed the line and had zero respect for the game. He continued his statement by saying;

You have one of the star players in this league now, who could have got seriously hurt in that incident. You saw what happened. And you know, it happens time and time again with him. It's just totally unnecessary.

Quinn’s statement was also agreed by the Rangers’ forward Mika Zibanejad as he said, “I figured you should have some more respect for the game and for the players. I don't honestly know where to start. It's just there's zero respect. I don't know why I'm surprised, just horrible.”

Capitals’ Wilson has had a very long history with illegal in-game actions, ultimately resulting in his suspension and getting banned for some games.

One of his most infamous rough plays was seen back in 2018 while playing a pre-season game against the St. Louis Blues. During the game, Wilson illegally hit the head of Blues’ Oskar Sundqvist. After the match was ended, NHL suspended him for 20 regular-season games.

When the suspension was announced, Wilson appealed to reduce the suspension but it was rejected. Nonetheless, he appealed once again and his suspension was reduced to 14 games. Another infamous action of his was witnessed in March 2021 when he boarded Boston Bruins’ player Brandon Carlo. The incident resulted in Carlo spending a night in a hospital and Wilson receiving a seven-match suspension.

You May Also Like: Teen Mom 2's Briana DeJesus Opens Up On Her New Boyfriend Javi For The First Time

Talking about the consequences of his actions during the Capitals and the Rangers clash, the NHL is yet to give a comment on it.