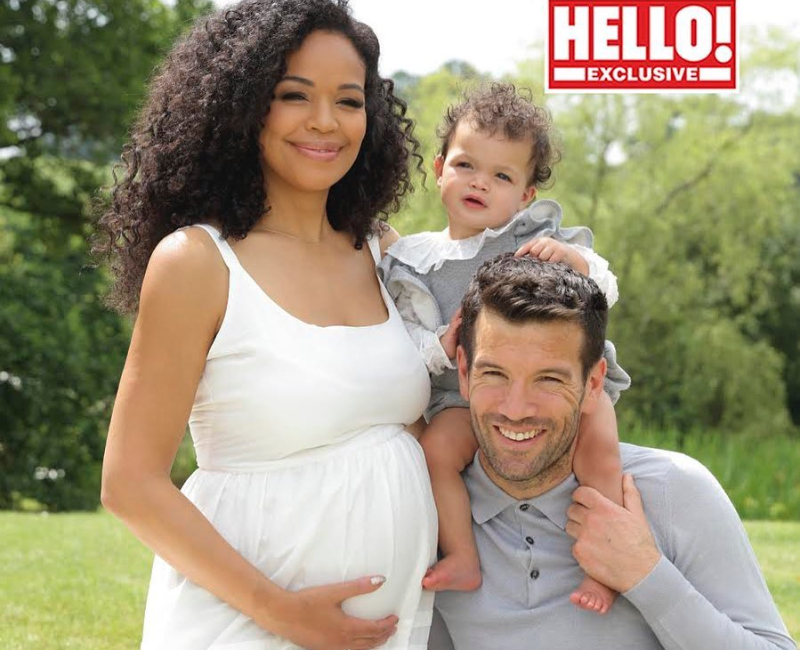 Sarah-Jane Crawford with her partner and daughter (Source: hellomagazine.com)

Congratulations to Sarah-Jane Crawford who is pregnant with her second child.

The English TV and radio presenter is set to welcome her second child with her football manager partner, Brian Barry-Murphy. The big news comes just 11 months after the duo welcomed their first child, a daughter named Summer in last August.

In an exclusive interview with Hello! Magazine, on July 11, 2021, the Lambeth, London native told that these kinds of things are a little bit surreal as she never thought she would have one baby, let alone two.

It's one of those things that's a little bit surreal. I never thought I'd have one baby, let alone two.

The pregnancy news comes amid the former BBC Radio 1Xtra presenter’s concerns over her fertility. It is because she once had a miscarriage before getting pregnant and giving birth to her daughter, Summer.

After the miscarriage, Crawford was advised that she might need IVF to have kids. Luckily, she didn’t need to go through that. Currently, it is reported that Crawford’s second child’s due date is in the autumn, making just 16 months of gap between their first and second child.

However, she is up for all the challenges of having two children who are so close together in terms of age. During the same interview with Hello! Magazine, she stated, "People say, "Oh, brilliant, our kids grew up together, they're best friends". I think there's a lot of practical reasons and emotional reasons, in terms of siblings, why it's good."

Continuing her statement, she added that she doesn’t think she has had the luxury to think and she will probably space her kids out a bit. In addition to that, she told that she is aware of her age due to which things might not be so easy.

We find it hard to accept that we have evolved as a human race in so many ways – women are now more educated than ever before, we have impressive careers.

She added, “But ultimately, what hasn't changed is that there will come a day, on average, in your 40s, where you can't have any more children. And that's just the fact of the matter.”

Moreover, in the same interview, she admitted that she has been craving meat during this pregnancy situation even though she is a vegan. Despite that, she is not ready to give up. Adding more to that statement, she mentioned that the worst thing is when sometimes people tend to say that one must listen to your body and they obviously need meat if they are craving it.

The worst thing is, sometimes people will go 'Oh, listen to your body. You obviously need the meat if you're craving it.' 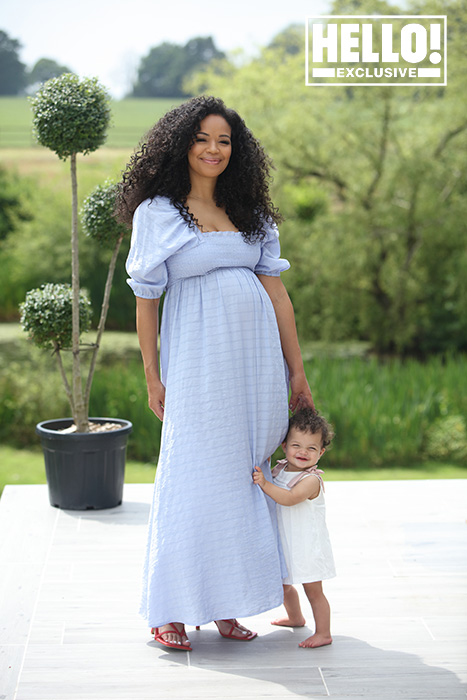 However, Crawford knows she will get ill if she starts to consume meat as she hasn’t touched meat for six years.

But I know it would make me so ill to just suddenly start eating meat. I haven't touched meat in six years!

On the same day that the interview was released, Sarah-Jane also took to her Instagram handle to reveal the happy news. In the announcement post, she had added a picture from her exclusive photoshoot with Hello! Magazine.

In the post’s caption, she wrote, “Since everyone is buzzing anyway LOL, thought it be a good time to drop this in. Something else that’s coming home! thank you so much to @hellomag for helping us to share our news for my birthday !! #babynumber2.”

In the end, she redirected her followers to her exclusive interview with Hello! Magazine by writing “Click link in bio for story, and grab mag out tomorrow for full photo shoot.”

You May Also Like: Lilliana Vazquez Expecting Her First Baby after Years of IVF Journey

This will be Sarah-Jane Crawford’s second child with her boyfriend Brian Barry-Murphy. Meanwhile, the new addition will be the third for Brian who has a daughter from his past relationship.