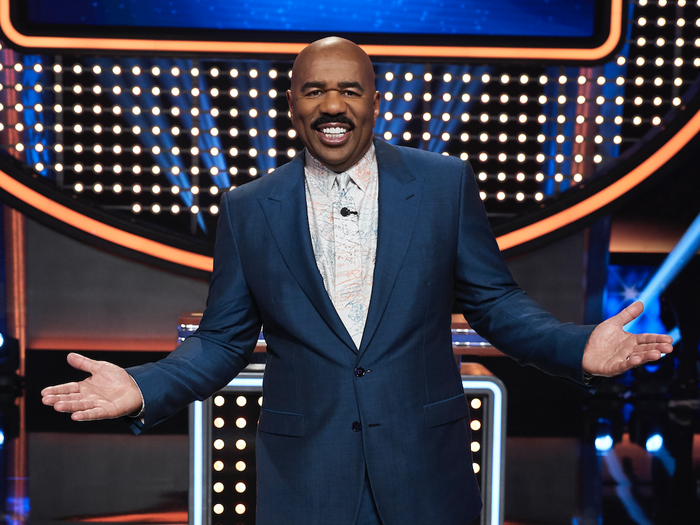 Steve Harvey, the king of show hosts, has a long history with the beauty pageant Miss Universe. He has been in close contact with the world-famous beauty show since 2015. Harvey is sarcastic and incredibly funny when it comes to anchoring and passing out the impromptu comments in reality shows from several decades.

The standup comedian, who began his profession from the TV show called Its showtime at the Apollo, is bound to be heavily missed by his die-hard fans during the live premiere of Miss Universe 2020. This time at the 69th Miss Universe,  which will be premiered on 17th May, will be hosted by and an actor, Mario Lopez, and a former Miss Universe named Olivia Culpo. The sudden replacement of Harvey from the show created a buzz over the media since its announcement in April 2021.

So, what might be the reason? Was it because of Harvey’s previous unprofessional acts? Or is it because of Steve’s hectic schedule? Let’s tune into the article to find out the exact reason behind it.

On 21st April 2021, the authentic Miss Universe page tweeted to announce the competition. The new faces for hosting the event took over Twitter within the tweet, resulting in many assumptions and criticisms. On that day, the official page of Miss Universe asked everyone to mark the calenders for such a prestigious award ceremony.

After that, Steve dived into the comment section by saying that he will miss it, but he will see for the 70th Miss Universe. More clearly, Harvey’s comment goes by,

However, the official Twitter handle of Miss Universe didn’t respond to Harvey’s comment, which created gossip for a while on the social sites and news channels as well. But, Goodhousekeeping reports that the pageant and Steve have not been parted forever. Most probably, it seems like the show host is busy with his works. Also, many reliable sources point out the traveling restrictions as the reason behind Steve’s absence from the show.

In addition, Miss Universe’s finale used to take place mainly around November, December, or January for the last five years. But, the 69th Miss Universe was held around May, which is very uncommon. The disturbance in the time was probably caused due to the COVID-19. So, it adds that Steve wouldn’t separate his time due to the changes in the pattern of the event.

Plus, Harvey couldn’t host the 69th Miss Universe because he is engaged in numerous shows like Celebrity Family Feud, Family Feud, Steve on Watch, and more. Also, the sources revealed that Harvey was busy shooting for the Family Feud Africa in South Africa in April 2021. As a result, his sound couldn’t echo inside the Seminole Hard Rock Hotel & Casino in Hollywood, Florida, on 17th May 2021.

Hence it can be said that Steve has nothing to do with his past acts at the Miss Universe event. If you have forgotten about Harvey’s specific mistake, then let me take you back to 2015. In 2015’s Miss Universe, the standup-comedian made the wrong candidate crowned as the Miss Universe.

After announcing the result, Harvey came to the stage and apologized for misreading Miss Colombia Ariadna Gutiérrez as the winner instead of Miss Philippines Pia Wurtzbach. This act led to several criticisms. However, Steve didn’t escape the reality and took his every time to apologize to the contestant and viewers for his mistake through his Twitter.