Is Honey Boo Boo's Star, Sugar Bear Thompson Happily Married? Everything You Need To Know About His Personal Life 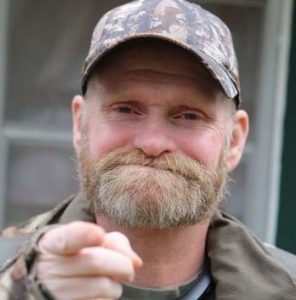 Sugar Bear has left a good impact on reality shows as many people remember him for his appearance on Honey Boo Boo (2012-2014). After documenting daily life in the show, Mike seemed to be comfortable in front of the camera. As a result, he featured on several reality shows like Dr.Phil, Family Feud, Mama June From Not To Hot, Marriage Bootcamp, Here Comes Honey Boo Boo, and Dr.Phew. Indeed for his genuine acting, Mike has been able to participate in such famous TV shows.

Also, the reality star is known for creating scenarios in the shows. You might be wondering about it; well, don’t you worry, we have got everything covered up in this article.

Moreover, we have come up with Sugar Bear’s age, net worth, family, and more. Let’s get into the article then, shall we?

The reality star is married to his reality star wife, Jennifer Lamb. They tied the knot on 22nd January 2016 in Mclntyre, Georgia.

Sugar Bear wore a blue shirt and jeans at the bottom for his wedding, paired with a red-striped tie. And his only daughter, Alana (Honey Boo Boo), walked him down the aisle. In contrast, Jennifer was also seen in a simple red and black paisley print dress with the touch of a pearl necklace. And she walked the aisle hand in hand with her son, Joseph.

Since then, Mike and Jennifer have been living together.

Mike fell for June when he got to know her online. As per the report, they both started dating each other in 2004. A year later, in 2005, they gave birth to their only girl child, Alana.

Before 2009, Sugar Bear and Mama June were living their life like ordinary people. However, their way of surviving changed when they appeared on a reality show called Toddlers & Tiaras on TLC. Not only them but their daughter also got popular via the display.

The show Honey Boo Boo showcased the daily lives of Sugar Bear, his biological daughter, Mama June, and her children from a previous relationship. They entertained the audience from 2012 to 2014, after airing four seasons in total.

Sugar Bear was gaining popularity as the Honey Boo Boo was the center of entertainment from 2012 to 2014. But, Mama June’s extra affair halted the show. As per Cheatsheet, she was indulged with a registered sex offender, Mark McDaniel, romantically.

If Mama June’s relationship with another man had not surfaced out, maybe the show would not have ended that early.

Like a show, Sugar Bear and Mama June also left each other for good in 2014.

The Honey Boo Boo’s fans were in happy tears when they saw Sugar Bear and Mama June in a wedding dress at their Georgia-located house in 2015. However, E! News revealed that it was just a commitment ceremony. In simple terms, the former pair didn’t marry legally.

Though there were a decorative cake and wedding vows, Sugar Bear and Mama June only held the fake marriage to reaffirm their love for each other. Also, a large number of people witnessed the event. So, who would have thought it was a fake marriage?

In 2016, Sugar Bear and Mama June appeared together on WeTv’s Marriage Bootcamp: Reality Stars and opened up about the time when they were under the same roof. Thompson admitted that he was romantically engaged with other women when he was still with Shannon. 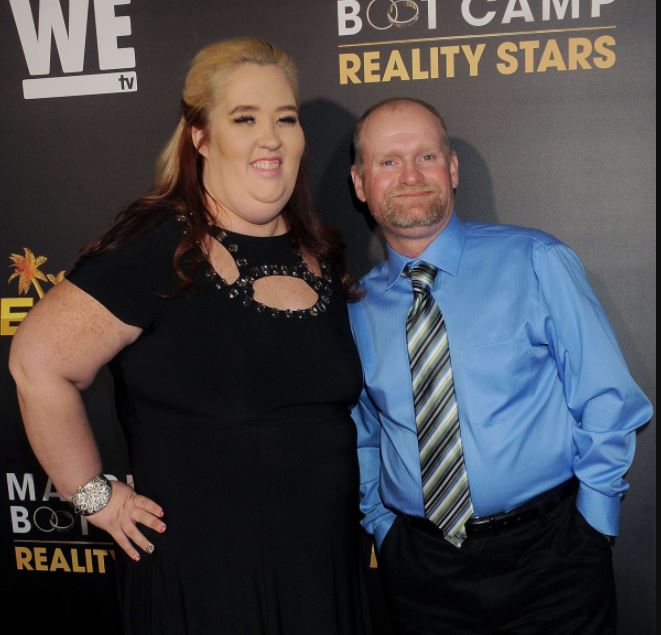 But, Mama June stated that her estranged partner, Sugar Bear was into multiple relationships. Plus, she said that Thompson not only dated women but also men. In her own words,

The text messages that I have said, men and women.

Not only this but, Sugar Bear was accused of being physically and emotionally abusive by Mama June. In the Tv show Marriage Bootcamp: Reality Stars, Mama June also disclosed that Thompson beat her kids. Based on this, she said,

I’m not going to put my kids through that ever again.

What Does Sugar Bear Thompson Do For A Living? Job Details

According to several reliable sources, Sugar Bear used to work in one of the chalk mines companies in Georgia. The company's name is Snowco General Contractors. However, his working period in the company is not documented. Most probably, he served there before debuting in the reality show.

Also, on his Instagram bio, he has included the management company and an agent with a username, @ginarodriguez and @bmbtalent. But, it is unknown about the type of works he is getting called for.

Although not everything is crystal clear about Sugar Bear's occupation outside the TV, we are sure that his time on reality shows has not ceased yet. Also, we can see him making a small cameo type of appearance on ongoing WEtv's Mama June: Road to Redemption (known initially as Mama June From Not To Hot).

What Is Sugar Bear Thompson Worth?

Sugar Bear has appeared in many reality shows besides Honey Boo Boo. He has earned enough money in his entire career.

As per Celebspie, Sugar Bear has a net worth of $2 million.

Sugar Bear was born on 13th December 1971. He took birth in Georgia. And he is approaching 50 years old in few months, i.e., December 2021. The reality star possesses a Mike Thompson as his birth name. And his zodiac sign is Sagittarius.

Mike is a son to his unidentified father and a late mother named Mary Thompson. Other than this, he has kept his family detail within himself to date.

How Tall Is Sugar Bear Thompson? Height And Body Measures

If you have watched him in reality shows, you must have noticed that he is not tall enough. Exactly, his height is 5 feet. However, height doesn’t determine his success and hard work.

About Sugar’s body weight, it is uncovered yet.