TLC Extreme Sisters' Anna and Lucy DeCinque Share Everything, Including a Boyfriend 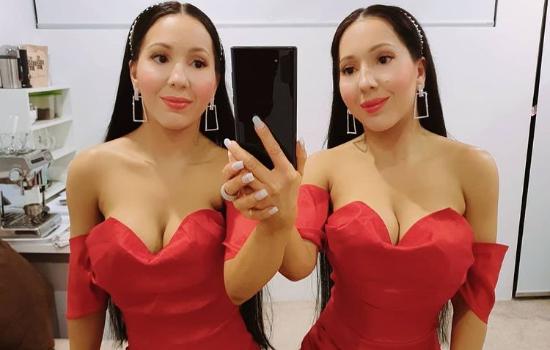 Anna and Lucy DeCinque have managed to amass huge limelight for being the World’s most identical twins. The twins are also well-known for sharing almost everything in their life, from food to dress to bed, even a boyfriend.

Their fame was recently boosted when TLC announced that their new reality TV series, Extreme Sisters, will feature Anna and Lucy DeCinque. The show will follow the twin sisters’ togetherness and their journey as they share everything.

Lucy and Anna DeCinque have been known for sharing everything ever since they began to garner fame. Seeing their amazing sisterhood, many people wanted to hear their story on a big screen. Years later, the twin sisters’ story is finally coming as they star in the new TLC show named Extreme Sisters.

On April 1, 2021, TLC gave the first glimpse of its new reality TV show, Extreme Sisters featuring some famous twin sisters, including Lucy and Anna DeCinque. The show will follow the twins whose togetherness is said to be out of the ordinary.

Not only that, but the show will also feature the DeCinque sisters’ boyfriend Ben Byrne. The three will be giving their piece on how their unconventional romantic relationship works and the next steps in their relationship.

The Perth native twin sisters find joy in doing the same thing that their respective twin sister does. For a very long time, the two have been eating the same food, wearing an identical dress, showering at the same time, going to the bathroom together, and sleeping together.

However, what surprised most people was their romantic relationship—they share a boyfriend named Ben Byrne. The 35-year-old twins have been in a living relationship with the same man for years, and they don’t have any problem with that.

The twins began dating Byrne, who works as a mechanic, in 2012 and have been together ever since. And, in such a long time, their relationship has become stronger. Their amazing bond can be witnessed by Anna and Lucy’s wish to marry Byrne and have kids with him.

While speaking with Confidential about their unusual love story, Anna mentioned that Byrne accepts both twins and doesn’t have any opinions on the twins’ same appearance and lifestyle. She then went on to say that he gets double love and attention.

Ben accepts us... he doesn't mind that we dress alike and want to be together, he doesn't judge us. He gets double the love, double the attention.

During the same interview, Lucy stated that she and her twin sister are all set to showcase their love story to the world.

Going by that, it surely seems that even though the twins have an unconventional relationship, they love their partner like any other person does.

The World’s most identical twins were born on July 19, 1985. Lucy and Anna DeCinque were born and raised in the suburbs of Perth, Australia. Likewise, their birth sign is Cancer.

Other than that, the twins have not revealed much about their parents and siblings. Also, there is no information about their education and body measurements.