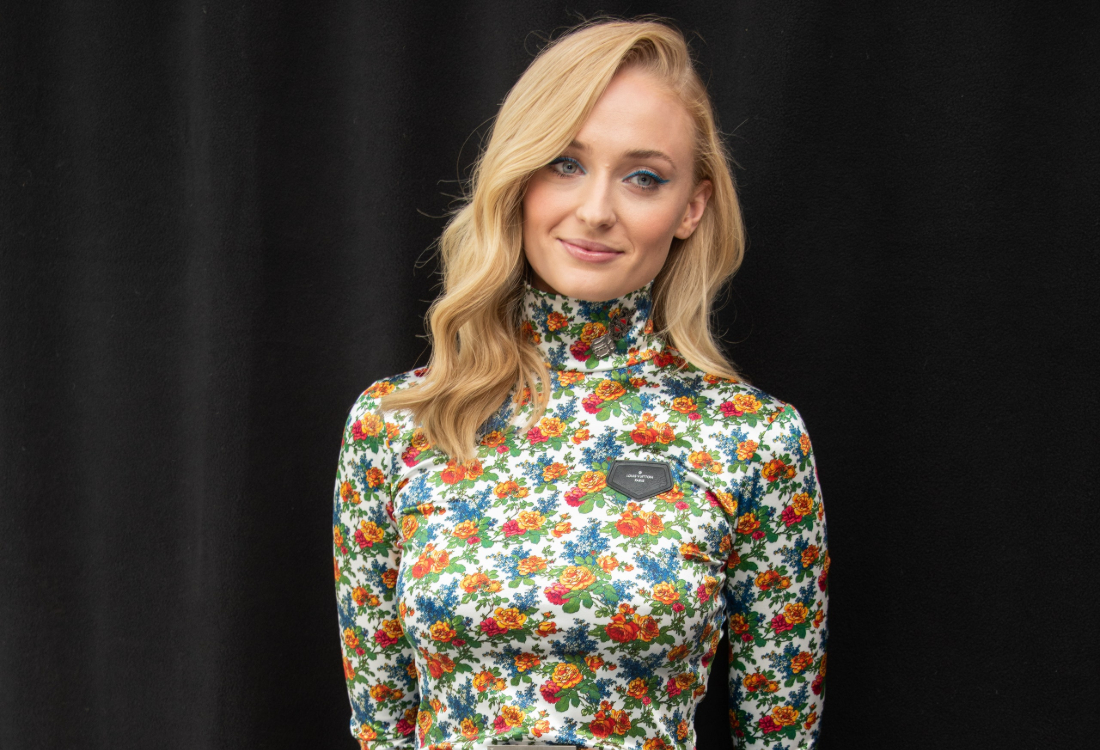 As June has arrived, many people, including celebrities, celebrate Pride Month and even come out. And, it seems like the popular actress Sophie Turner also did the same!

Earlier this week, the Game of Thrones actress took to her Instagram stories to share a Pride Month celebration message. After the story was shared, many believed that the story was Sophie’s way of coming out as bisexual.

In her Instagram story, the British actress, who is married to Joe Jonas, had written, “It's muthaf**kin #Pride Month babaaaayyyyy.” In addition to that, she also inserted a series of Pride-themed stickers and GIFs.

“Bi Pride,” was written on the first sticker, which was a heart in the colors of the bisexual Pride Flag. Likewise, she used another similar sticker which had the colors of an LGBTQ+ flag, and it read “Gay Pride.”

Moreover, she inserted a sticker of a rainbow with colors of an LGBTQ+ flag and a GIF of a person riding a bicycle. “Move, I’m gay,” was written on the GIF. Then, at last, she used another GIF that read, “time isn’t straight and neither am I.”

These stickers and GIFs led the actress’ fans to believe that she was finally coming out of the closet as a bisexual. The apparent confirmation led Sophie’s fans to get excited and share their thoughts on Twitter.

A Twitter user appreciated the X-Men: Apocalypse star’s way of coming out as they wrote, “did sophie turner just come out via unhinged Instagram story... queen.”

Another user said that if Sophie is bisexual, then it’s a massive win.

IF SOPHIE TURNER IS BISEXUAL IT'S A MASSIVE WINS SHE'S SO HOT — hazel (@DAlSYSLOVER) June 2, 2021

Likewise, a Twitter user seemed shocked as she tweeted:

are we not gonna talk about the fact that sophie turner jonas just came out as bisexual or what — Col (@clown_col) June 1, 2021

Furthermore, another Twitter user pointed out the fact that Sophie reportedly came out as bisexual, and her husband, Joe Jonas, has been an advocate for the queer community for a long time.

the topic is sophie turner being a bisexual queen and joe jonas being a bi protector pic.twitter.com/n0IOgSYL8u — era the clara (@jophieslayer) June 2, 2021

She Had Previously Opened Up About Her Sexuality

Although the topic of Sophie being a bisexual is currently trending, this wasn’t the only time the actress gave a hint about her sexuality.

During a cover story for Rolling Stone in 2019, the Northampton, Northamptonshire native actress mentioned how she was ready to tie the knots with the American singer, Joe Jonas. While talking on that topic, she said;

I was fully preparing myself to be single for the rest of my life. I think once you’ve found the right person, you just know. I feel like I’m much older a soul than I am in age. I feel like I’ve lived enough life to know.

In reply to that, the Another Me actress simply said, “Everyone experiments. It’s part of growing up. I love a soul, not a gender.” Going by those statements and her recent Instagram story, it seems perfectly fine to guess that Sophie is bisexual.

However, without an official confirmation from Sophie herself, nothing can be said with full confidence. Let’s see if she was actually coming out or was just celebrating Pride Month.

Whatever the case might be, one thing is sure; she would have a good marital life.

Despite the bisexual rumors going around on the internet, Sophie Turner remains a married woman. The actress has been married to American singer-songwriter Joe Jonas since mid-2019.

The married duo first knew each other in 2016. They got connected after Joe messaged Sophie on Instagram after some mutual friends suggested they should meet. After spending some time with each other, they eventually began dating.

Almost a year later, in October 2017, Joe went down on one knee and proposed to Sophie—she said “Yes.” After one and a half years later, on May 1, 2019, the engaged duo legalized their bond in a surprise wedding ceremony in Las Vegas.

On June 29, 2019, the two shared the wedding vows for the second time in a grand ceremony held in Paris, France. Over a year after their marriage, on July 22, 2020, the two welcomed a daughter named Willa Jonas.

Ever since then, the parent of a beautiful daughter has been relishing their marital and parental life. However, as the two like to keep most of the details of their marriage and daughter up to themselves only, there isn’t much to talk about on the topic.

Explore: Lana Rhoades Announces Pregnancy Via Instagram | Who Is The Baby Daddy?

On May 1, 2021, the husband-wife duo celebrated their second marriage anniversary. On that occasion, Sophie shared some never-seen-before pictures from their surprise wedding.

Sophie and Joe currently live happily in their lovely residence with their daughter by their side.