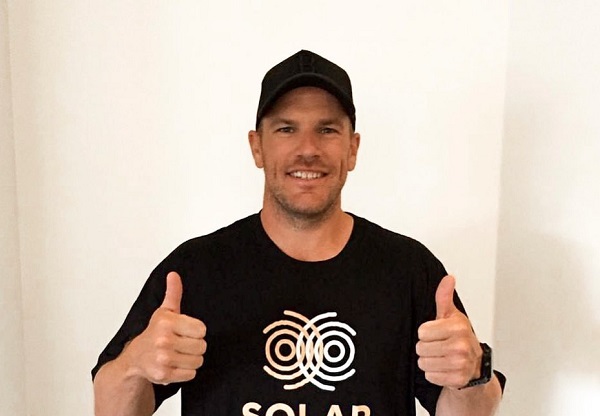 Aaron Finch is a professional cricket player originally coming from Colac, Victoria, Australia, who also serves as the captain of the Australian cricket team.

He ascended to become Australia's ODI and T20I captain, leading his nation to their first T20 World Cup triumph in 2021.

Apart from being a prominent national player, Finch has also played various games domestically. In the Indian Premier League (IPL), Finch has been a part of multiple teams, including the Rajasthan Royals, Delhi Daredevils, and Sunrisers Hyderabad.

Finch is considered one of the most prominent players who have impressive skills, and his performances have also helped him gain massive name and fame.

So, due to his professional and remarkable career, many cricket fans are also eager to know about his personal life. Here we've discussed his married life with his beloved wife.

Cricketer Aaron Finch Is Married to His Wife

Starting with his love life, Aaron Finch is a married man, and he lives a happy life with his loving wife named, Amy Griffiths. His wife is a Network Integration Specialist by profession.

Griffiths is pretty passionate about her career and her hobbies which include traveling, shopping, and swimming.

The cute duo dated each other for some years and later thought of taking their romantic relationship to the next level. The professional cricketer proposed to his girlfriend turned wife in 2016. It was a time when the pair were in India for a game.

Just after two years of being engaged, Finch and Griffiths got married, and they walked down the wedding aisle in 2018. It is reported that the pair married during the first game of IPL.

Since then, Finch and Griffiths have been sharing the relationship of a husband and a wife.

Not only that, but they have also started a family of their own. So, let's explore their life in detail.

You May Read: Alex Moffat & His Wife Share an Adorable Baby! Explore Their Married Life

As said earlier, Finch and Griffiths have been supporting each other for quite a while now. And they got married in 2018. Besides that, the pair welcomed their first child, a daughter, in September 2021.

The name of their child is Esther Kate Finch, and the happy news was shared via an Instagram post.

So, the happy family of three lives together, and we can see their images by following the cricket player on Instagram, where he is available as @aaronfinch5.

From his Instagram handle, Finch also shows off his amazing lifestyle, from which we can say that he lives lavishly. But many of his fans and followers are eager to know about his fortune, which we've discussed below.

Click To See: Is Natasia Demetriou Pregnant? Insights on Her Partner & Dating Life

Aaron Finch Enjoys a Net Worth of Millions

Aaron Finch makes most of his gains from being a professional cricket. As we talked about earlier, Finch has represented various teams domestically and has also played many games in famous leagues such as IPL.

So, being a well-known cricketer, Finch may have preserved an enormous fortune.

According to a report provided by Caknowledge, Finch is estimated to have a net worth of around $8 million, thanks to his long-term cricket career.

Having a massive fortune, Finch lives a luxurious life, and he also spends money on various elegant stuff such as houses and cars.

A report shows that Finch owns a luxury designer house which is located in Colac, Victoria, Australia. He also has some amazing cars, including a Mercedes SUV, which has a huge price.

Likewise, Finch also has other real estate properties across the nation. So, all of his striking lifestyles can be explored by following him on social media.