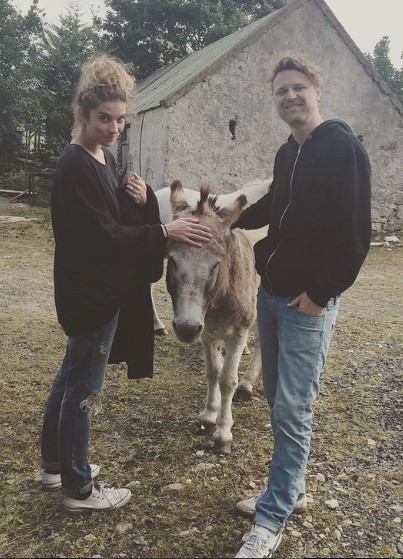 The Canadian actress Annie Murphy for playing the role of Alexis Rose in CBC's sitcom called Schitt's Creek. Thanks to her wonderful performance, the actress garnered critical acclaim and even won a Primetime Emmy Award as well as a Screen Actors Guild Award.

Born on December 19, 1986, in Ottawa, Ontario, Canada, Annie Murphy's age is 35 years. the actress will be turning 36 this coming December 19. Her nationality is Canadian and her religion is Christianity. Annie's parents were both teachers. However, not much is known about their or Annie's siblings.

For her education, the actress attended  Elmwood School in Ottawa. During high school, she even took part in stage productions. After getting registered at Queen's University for a year, Annie went on to pursue a degree in theatre performance at Concordia University. Later, she got trained at the Canadian Film Centre Actors' Conservatory.

After a slight weight gain in her current social media updates, Annie's fans were curious to know whether the actress was pregnant. Interested fans even commented on the actress's posts asking her about the details of her pregnancy. However, nothing has been confirmed yet. Besides, there has been no indication about Annie's pregnancy except rumors spread by dubious fans.

Annie has been married for over a decade now. However, she hasn't given birth to any children.

Who Is Annie Murphy's Husband?

Not much is known about when the duo started dating. Likewise, no information is present on how Annie met her husband Menno.

The Canadian actress got married to Menno Versteeg in August 2011. The duo has been together for over a decade already. Annie's husband Menno is a Canadian musician who is best recognized as the frontman for the indie rock group called Hollerado. Additionally, in the 2014 Juno Awards, Versteeg even obtained a nomination for Recording Package of the Year for his piece on Hollerado's White Paint. In 2019, the band Hollerado separated.

Versteeg has worked together with his wife Murphy. Annie's husband was an executive producer and actor for the TV series called The Plateaus which she didn't just write but also starred in.

In 2013, Annie and Menno's Toronto apartment caught fire. The pair lost most of their belongings but luckily, the two were uninjured. The duo have been very private about their relationship and rarely post on each other on their social media pages.

Read about Who are Bilal Hazziez and Shaeeda Sween in 90 Day Fiance season 9? Explore Their Relationship

As the duo remain very private about their personal lives and rarely post about each other, fans were doubtful about their relationship. However, Annie's still married to her husband and the two happily live together. The couple has been there for each other through thick and thin for 10 long years. Furthermore, they haven't indicated any signs of a divorce.

Does Annie Murphy Have Children?

To date, the Canadian actress hasn't given birth to any children. However, she hasn't revealed her future prospects for giving birth. The actress revealed in an interview that she started to take birth control pills at the age of 16.

What is Annie Murphy's Net Worth?

The actress's net worth is estimated to be around $4M. The Schitt's Creek actor has amassed her wealth through her career as an actress and a social media influencer.

Annie Murphy is on Instagram with over 1.8M followers. Likewise, the actress also uses Twitter where she has 359K followers in total.