Who are Bilal Hazziez and Shaeeda Sween in 90 Day Fiance season 9? Explore Their Relationship 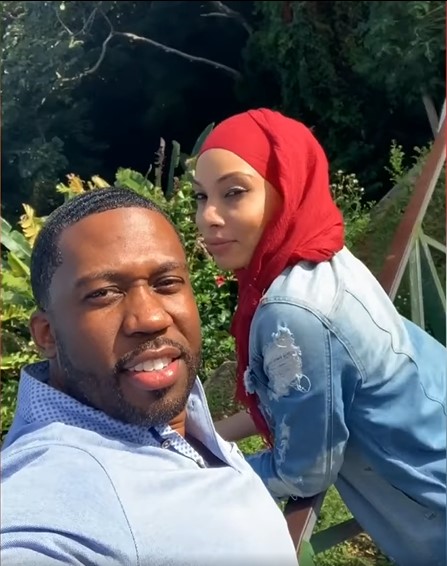 Viewers were first introduced to Shaeeda Sween and Bilal Hazziez in Season 9 of TLC's reality series called '90 Day Fiance'. The couple gained quite a fan following given their amazing dynamics and engagement before appearing on 90 Day Fiance. Let's learn more about their relationship.

TLC's 90 Day Fiance offers a unique glimpse into the world of international dating and matrimony. The American reality television series shows couples who've applied for or received the K-1 visa, travel to the U.S. to live with their overseas partners for the first time. After arriving, the couples have 90 days to tie the knot before the visa expires.

Bilal and Shaeeda met online after Shaeeda got his contact through some mutual friends and texted him directly on his social media. Despite Bilal having some reservations about responding to Shaeeda's messages as her name sounded similar to his ex-wife.

However, the 90-Day Fiance star caved to his desires and finally texted her back. A few months later, the duo decided to meet in person. Eventually, Shaeeda Sween dated Bilal Hazziez and they got together quite well.

After Shaeeda Sween and Bilal Hazziez dated for a few months, they decided to meet. After a week of spending time together in Trinidad and Tobago, Bilal proposed to Shaeeda. Bilal's girlfriend Shaeeda happily said yes and even decided to move to the U.S. on a K-1 visa.

What Does Bilal Hazziez Do For Living?

The Missouri native Bilal Hazziez's job is as a luxury realtor. Hazziez has served as the CEO and President of a Kansas City realty company called Premier Home & Investments for nearly 17 years. However, Bilal has just updated on his IG bio that he has started working with another realty group called Malfer & Associates. Thanks to his successful career, Bilal's net worth is estimated to be above $1.5M.

The 90-day fiance star Shaeeda has been working as a yoga trainer for nearly 4 years. Sween mainly focuses on Vinyasa yoga which emphasizes flexibility. She received her professional certificate from Aura Wellness and has continued teaching ever since. Sween also describes herself as a fashion enthusiast.

Bilal proposed to his girlfriend Shaeeda on the seventh day of his first trip to Trinidad and Tobago to meet her. The 90-day fiance star had even brought a ring just in case! After Shaeeda said yes to his proposal, the couple decided to take things a little further and even arranged a Nikah.

Nikah is an Islamic marriage ceremony in which a Muslim couple legitimizes their union in the eyes of God by signing the marriage contract in presence of a religious leader and at least 2 witnesses.

Are Bilal And Shaeeda Still Together?

Despite the numerous challenges faced by the couple, they still seem to be going strong. Recently, Bilal has pranked Shaeeda to see if she was with him for his wealth. Fans didn't take Bilal's joke positively and criticized him for hurting Shaeeda. Some even stated why he had decided to marry her if he was so unsure of her.

However, Bilal tried to clear the misunderstanding by showing how he had decorated his bed with rose petals that spelled out “Shaeeda.” He also displayed fancy presents he'd purchased for his beautiful partner.

Who Is Bilal Hazziez's Ex-Wife?

Hazziez's ex-wife is named Shahidah. He had been married to his ex-wife for over a decade. Due to the similarity in the name of Bilal Hazziez's ex-wife and his current fiancee, fans were quite taken aback by the show. However, Sahidah has been well-received by the audience. We first got a glimpse of Bilal's ex-wife Shahidah during the premiere where Bilal tells her about his present love interest.

Although an ex-wife,  Shahidah seemed concerned whether Bilal's fiance Shaeedah liked him for him or his luxurious lifestyle. Hazziez revealed that he had been confidential about his success and hadn't let Shaeeda know about his living condition.

You may also want to read: Explore The Young and the Restless Star's Amelia Heinle Wiki, Husband, Kids And Net Worth

The realtor is a father of two kids with his ex-wife Shahidah. However, not much is revealed about Bilal's kids. They sometimes are featured on Bilal's IG page as well.

Both of Bilal's children are teenagers.