Bader Shammas: Wiki, Net Worth, And Age Of The Fiancé Of Lindsay Lohan 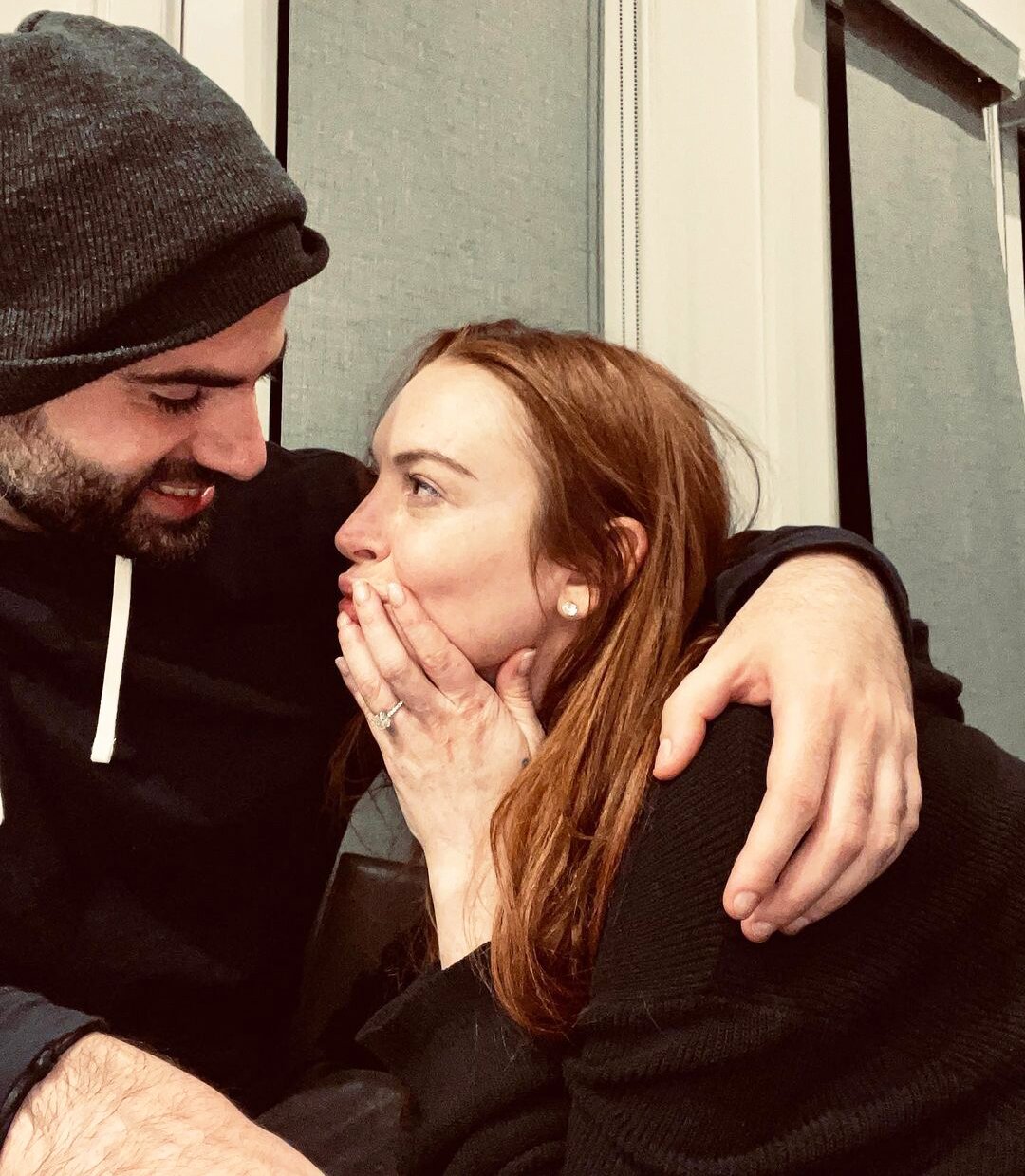 The Mean Girls actress Lindsay Lohan has recently shared the news of her engagement with Bader Shammas through her Instagram account. He has become a celebrity spouse with that post. He himself is not in the entertainment industry.

Fans want to know who is Bader Shammas apart from being the loving fiance of the actress. Lindsay is in the seventh sky following the engagement. She has uploaded the pictures post the proposals with the caption:

My Love. My Life. My Family. My Future

Her soon-to-be-husband is a private person who prefers to stay away from the spotlight. He has even set his Instagram profile private. Hence, fans are finding it more difficult to find out his personal details or reach out to him. One thing can be said for sure: Their relationship is getting stronger every day.

Who Is Bader Shammas?

Bader Shammas reportedly is a Dubai-based financier. He serves as an assistant vice president at a company called Credit Suisse. Lindsay has also lived in Dubai for the past six years. There is a possibility that the two first met there. He hails of Lebanese ancestry.

He first worked as an analyst in the BNB Paribas CIB at the beginning of his career. He went on to become an associate of the same company later. He got an opportunity to become the associate of the BNP Paribas Wealth Management in February 2016.

Bader became the vice president of Credit Suisse in August of 2018. He has been in the same post for the last three years. His exact date of birth has not surfaced yet keeping his age under the rugs. However, he appears to be somewhere between 30 and 35 years old at present.

Dubai is considered one of the most expensive places to reside. Bader is from the same city. This rules out the possibility of him coming from an ordinary family. He certainly comes from a well-off background. He is also assumed to make a big fortune on his own.

He works for an international asset management firm based in the UAE. Some resources have estimated his net worth to be as large as $100 million. But if we look at facts, we can derive a different amount. Presidents of companies such as Credit Suisse are paid between £75,000 and £175,000.

This translates to almost £100,000 manually. Hence, we can estimate that Bader os wort somewhere over $1 million. Regardless, he definitely has a huge wealth and lives a lavish life.

Also Read: Is Caylee Cowan The Girlfriend Of Casey Affleck? Take A Look At Their Wiki

It has been made official that Lindsay Lohan and Bader Shammas are together. Their engagement implies that they are very serious about taking their relationship to the next level. Fans are tracking back as to when the lovebirds first met. 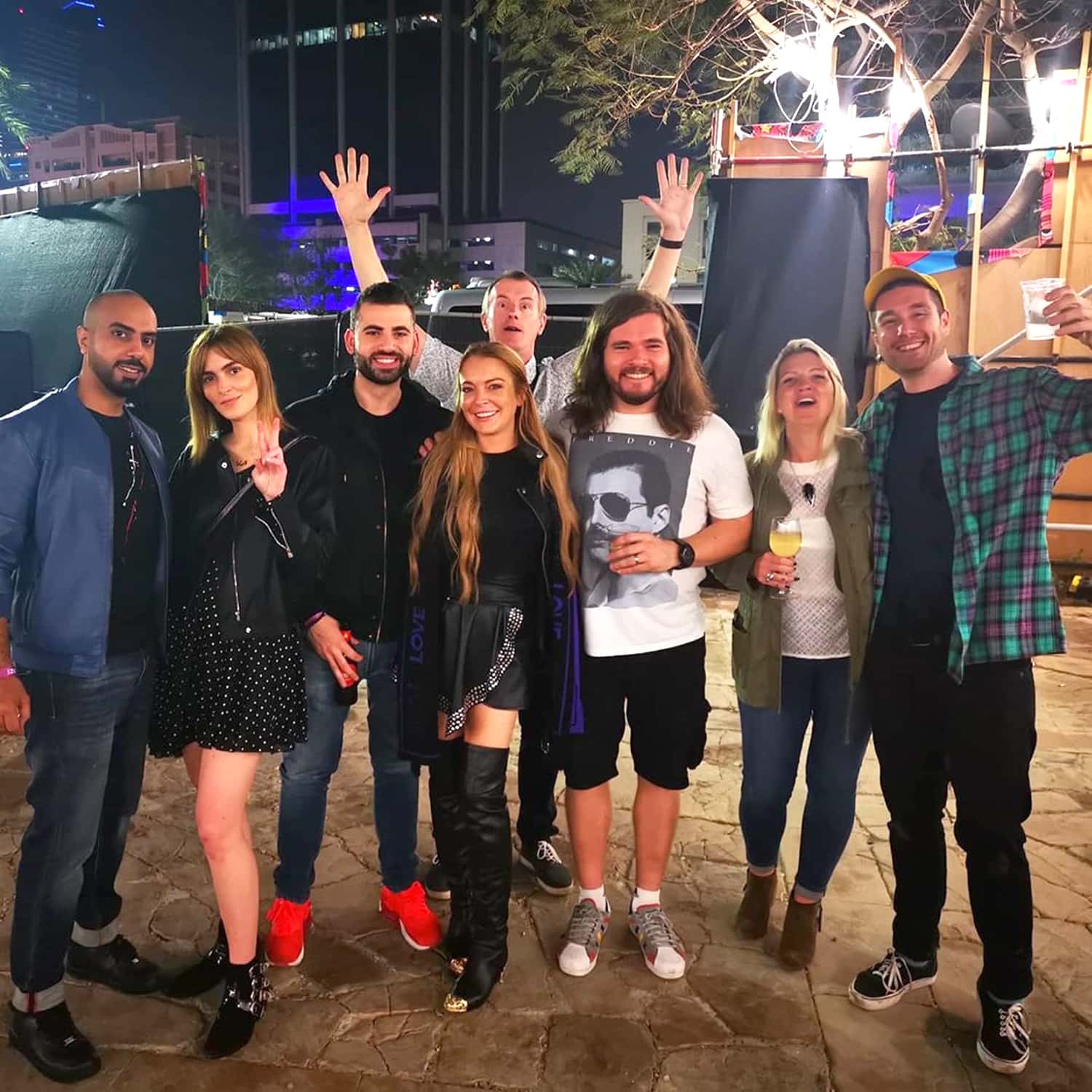 Lindsay had shared a picture of herself with a group of friends in February 2020. She was with her sister Ali Lohan as well as her now-fiance Bader at a music festival in Dubai. The post has been deleted from her social media for an unknown reason.

She reportedly had clarified her relationship with Bader with that post with the caption:

Her family has given full approval for their romantic relationship. Her father Michael Lohan has expressed his happiness about the engagement in an interview. Her younger brother Dakota gas also commented 'My Best Friends' on the Instagram announcement. Her sister also approves of him as she was seen hanging out with the couple.

The fans came to know about the two only recently. But it has been reported that the two have been together for almost two years before their engagement. We might get to hear wedding bells soon.