Are 90-Day Fiance Benjamin Taylor And Akinyi Obala Still together? Explore Their Relationship 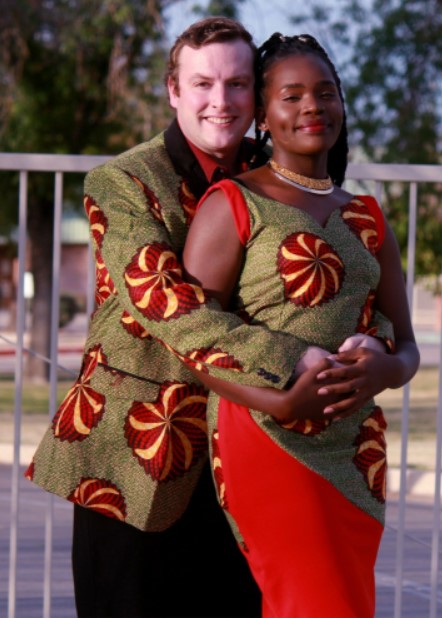 Benjamin Taylor and Akinyi Obala were couples from the reality series 90 Day Fiancé: Before the 90 Days Season 3. The duo quickly became fan favorites among the viewers of the show. During the Season 2 finale, Ben and Akinyi exchanged vows and became husband and wife.

Benjamin Taylor took a flight to Kenya to meet Akinyi Obala who he had met on a dating app. Upon arrival, he was shocked to learn that after Akinyi's parents supported their relationship and he bargained a proper bride price for her, Benjamin would directly be regarded as married to Akinyi in Kenyan culture.

Benjamin found himself in quite a turmoil since he had spent not much time with Akinyi. However, in the little time which he did spend with her, he discovered Akinyi had a habit of drinking too much which he wasn't fond of.

Besides, Obala's overprotective brother's disappointment in Benjamin and his inability to pay the bride price to Akinyi's family also made him has his doubt. Additionally, Benjamin also has a son from his first marriage back home and was worried his new wife may not get along with his son.

However, the love between Obala and Taylor grew as the days went by and towards the end of 90 Day Fiancé: Before the 90 Days season 3, viewers saw Benjamin proposing to Akinyi. The 90-day fiance star Benjamin Taylor agreed to pay part of the bride price and made a deal with Akinyi's father to continue sending them money after his return to the United States.

Not much is known about Benjamin's wiki. The 90 days fiance star is of American nationality. Benjamin Taylor is known for appearing in the reality series 90 Day Fiancé: Love Games in 2021,  90 Day Fiancé: Self-Quarantined in 2020, and 90 Day Diaries in 2021.

Benjamin also was previously married. However, not much information is present on his ex-wife. He also has a kid Grayson from his former marriage. 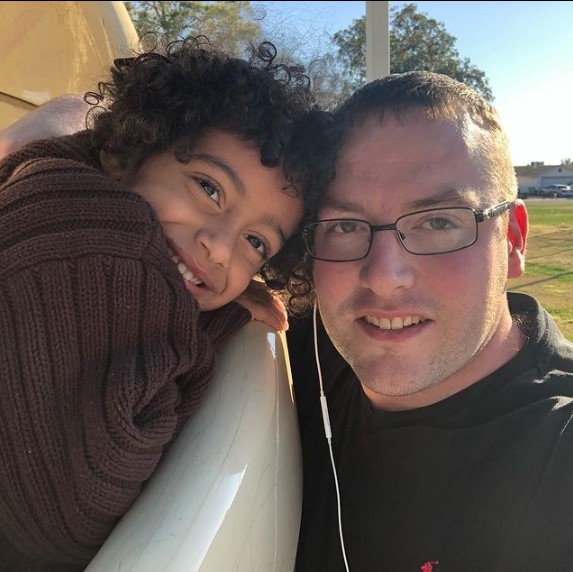 Are Benjamin And Akinyi Still Together?

Yes, the duo are still going strong and even got hitched in 2021. Besides, the happy couples also post about each other on their respective social media pages as well.

Born in 1993, Akinyi's age is 29 years as of 2022. The 90 days fiance star grew up in Nairobi Kenya with her Christian family. As of the present, she's been living in Phoenix Arizona, USA. Obala studied IT at Jomo Kenyatta University of Agriculture and Technology(JKUAT). The reality star identified herself as a wen and software developer, graphics designer, and photographer. Akinyi also has a brother whose name isn't known.

The reality stars initially met each other on a dating site. Benjamin allegedly took to dating apps after his first marriage with Hanekawa Dravon failed. At first, Benjamin was anxious and doubtful about Akinyi's identity.

He wasn't sure if she was a real person or merely catfish at first. Nonetheless, after the pair shared screens and chatted with one another, Benjamin revealed that he knew she was the one for him.

Despite Akinyi Obala never having dated a caucasian before, the duo claimed to be in love. After dating online for some time, Benjamin finally planned a trip to Kenya to meet Akinyi Obala and her family. After encountering struggles along both sides, the duo eventually decided to get married.

The duo had planned to get married as soon as possible. However, Benjamin and Akinyi's plans for marriage were halted for a while because of the COVID-19 pandemic. Nevertheless, the pair waited it out and eventually got married in the United States on April 2021.

On Valentine's day 2022, Akinyi's husband Benjamin got surprised by her with Jeulia Jewelry pieces.

Recently, Akinyi had posted a picture that resembled a pregnancy test on her IG story. Her story quickly gained traction and fans were quick to congratulate her and Benjamin on the happy news. However, Akinyi revealed that she wasn't actually pregnant and was "just ovulating". Akinyi had stated before that she wanted to start a family with Benjamin.

But the couple is having a hard time getting pregnant and Akinyi's husband Benjamin even suggested they visit a fertility doctor. However, Akinyi expressed that her eggs were "hiding" because the duo wasn't stable enough causing a lot of stress. She suggested that if Benjamin bought her a house, her eggs would come out from hiding.

Is Benjamin Taylor On Social Media?