Who Are Bronx Pankey's Parents? Explore Her Wiki And Age 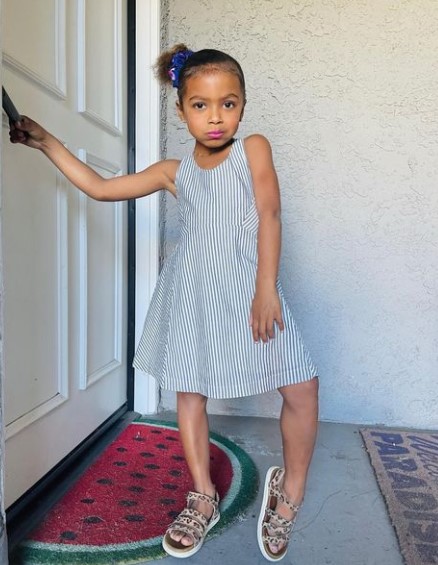 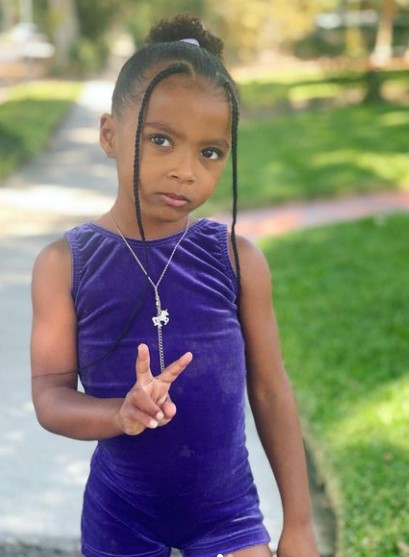 Bronz Pankey is of American nationality and her ethnicity is mixed. She also has German ancestry from her mother Amina Buddafly's side. The celebrity kid currently lives with her mother Amina and sister Cori in LA. Cori and Bronx are very close and share an amazing bond.

The star kids also have a joint Instagram account that captures their amazing love for one another. In a recent post, we can see Cori carrying her younger sister Bronx in the middle of a walk because she had a tummy ache.

The Senegalese-German R&B musical artist Amina Buddafly climbed to stardom as a former member of the girl group called Black Buddafly which she formed with her sister's Jazz and Sophien.

In February 2013, Amina released her first autonomous project, an EP entitled "I AM part 1" written/composed and produced wholly by her. In the same year, Amina released another EP with the title "I AM part 2". It consisted of songs she composed in the process of filming "Love and Hip Hop" season 4.

Bronx's mother Amina joined the cast of Love & Hip Hop: New York as the confidential wife of American rapper Peter Gunz. The revelation of their marriage leads to a furious showdown between Amina and Tara. Tara at the time was Peter's girlfriend of 11 years and also the mother of his children.

Throughout the seasons, we witness Peter Gunz move back and forth between the two women while also impregnating them both at the same time.

Bronx Pankey's father Peter Gunz is a Grammy Award-nominated rapper who rose to fame as a member of the rap duo Lord Tariq and Peter Gunz. His on and off relationship with Tara Wallace since 2000 has given him two sons namely Jamison and Kaz. Besides them, Peter also has other children from his ex-relationships; Cory Gunz, Whitney, Brandon, Kennedi, Cori, Bronx, and Phoenix.

Also, don't miss out on  What Happened To Savannah Guthrie After Divorce? Explore Her First Husband

In 2017, Peter appeared alongside his ex-wife Amina and ex-girlfriend  Tara in We TV's Marriage Boot Camp: Reality Stars 9.

The star kid has an Instagram account created by her mother Amina Pankey. Bronx shares the account with her older sister Cori Pankey. Their joint IG handle has over 42K followers and a total of 919 posts as of February 24, 2022. Amina has created her children's accounts to document their lives as they grow up together.

Judging by the posts in her account, we can definitely say that Bronx has a very healthy and loving relationship with her family!

For more celebrity information, visit us at CelebrityShine.