Is Cecilia Vega From ABC News Pregnant With Husband? More About Her Children 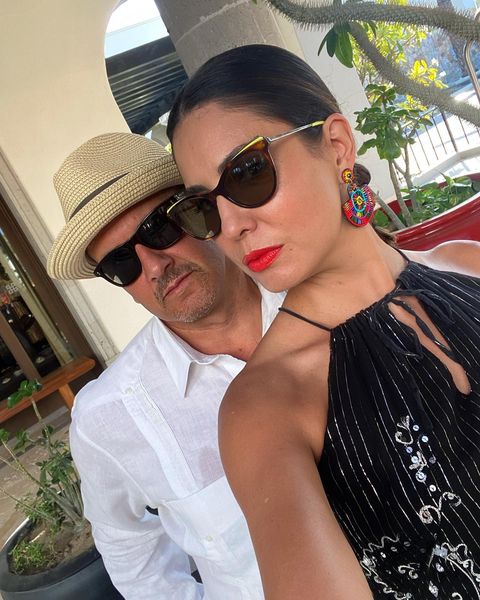 A chief white house correspondent from ABC News, Cecilia Vega, is on the trending list on Twitter after the tongue-slip at the live news on ABC regarding AL-Qaeda leader named Ayman al-Zawahiri’s capture.

While she has gained enough attention from the people, rumors of her being pregnant are all over the Internet.

Now, let us learn more about her baby rumors regarding this talented ABC journalist, her husband, and about her being pregnant.

Read more: Clix Reported To Have Failed 2 Relationships in a Single Day! More on His Drama With Andrew Tate

Who Is Cecilia Vega?

Cecilia Vega is famous as an Emmy award-winning American journalist and has joined ABC News in 2011 as a Los Angeles correspondent and is the senior White House correspondent.

Talking about her early life, Vega was born in 1977. She was brought up in the San Francisco Bay Area, California, US. Her father was a drug addict and she is of Spanish ancestry.

Cecilia Vega began her career in the area of journalism as an experienced print journalist which was showcased for the San Francisco Chronicle.

Vega then went on to report for the ABC network station KGO in San Francisco covering a wide range of stories for the region.

She was also awarded an Emmy for exclusively interviewing a witness to an attack on a student at her high school homecoming dance.

Vega later joined ABC News in 2011 as a correspondent based in Los Angeles and during her tenure, she covered a lot of stories which also included traveling to Japan to cover a story in the power plant and to Rome to cover the news of a new Pope.

On March 8, she was named anchor of ABC News’s World News Tonight Saturday.  Also read: Amanda Kloots Talks About Grieving Ex-Husband’s Death and How She Tackles It. But Is She Dating Anyone?

Cecilia Vega is married to her husband Ricardo Jimenez Zepeda for almost 14 years now. The couple got hitched on August 16, 2008. The couple loves putting up pictures of each other along with their pet dog on their social media, by the name @ricardozjimenez. The couple treats their dog as if it's their own child.

Lately, Vega shared the husband-wife picture from their wedding celebrating their 13th anniversary. She addresses how lucky and grateful she has been on finding such a gem of a person as her husband.

Talking about the husband, Jimenez is a retired California Highway Patrol officer who is basically fond of cycling and traveling. Jimenez is also active on social media and loves to post pictures of his traveling tales

Ricardo Jimenez is also a pet lover and he is fond of the dog. Both the couple post pictures of their dog with cute captions and they have also maintained a separate account for their dog.

As the rumors have highly speculated, it does not look anything like Cecilia Vega from ABC News is pregnant in 2022. Since she has not mentioned anything about her pregnancy on any of her social media.

As per her pictures, the journalist does not have any baby bump or any appearances on live television which has led to any belief that she is not pregnant.

Likewise, her friends or any of their peers have also not mentioned anything about her pregnancy. Neither the husband has talked about the couple expecting their newborn.

For the time, Cecilia Vega is very focused and determined on her career, and as the position of White House correspondent, it does not look like she is ready to keep aside her career.

As she grabs the excellent opportunity in her career she enjoys the work and her ethics are quite strong.

Since the journalist has been married for more than over 13 years there are definitely some speculations that the viewers might wonder why there are no children and they start a new family.

The White House correspondent has not yet addressed anything seriously about her pregnancy and while discussing the topic, it does not look credible.

Vega has profoundly made her mark in her career as one of the top journalists and as of now, it is estimated that her figures are $1 million, and that of her husband’s net worth is $2 million.