Celebrity Deaths 2021: All the Actors, Singers And Celebrities Lost This Year

By Suraksha Guragain
Published:  December 20, 2021
The year 2021 has not been very kind to the families and well-wishers of some celebrities.
Page Six

The year 2021 was not all rainbows and sunshine. It took away many celebrities from the entertainment industry. The deadly Corona Virus had not helped the death counts. Some passed away from getting infected with the virus whereas some others left the world due to other fatal diseases.

The fallen stars of 2021 are gone but not forgotten. Their fans continue to remember them for their unforgettable and remarkable performances. Below is the list of several celebrities who lost their lives in 2021 due to various reasons. 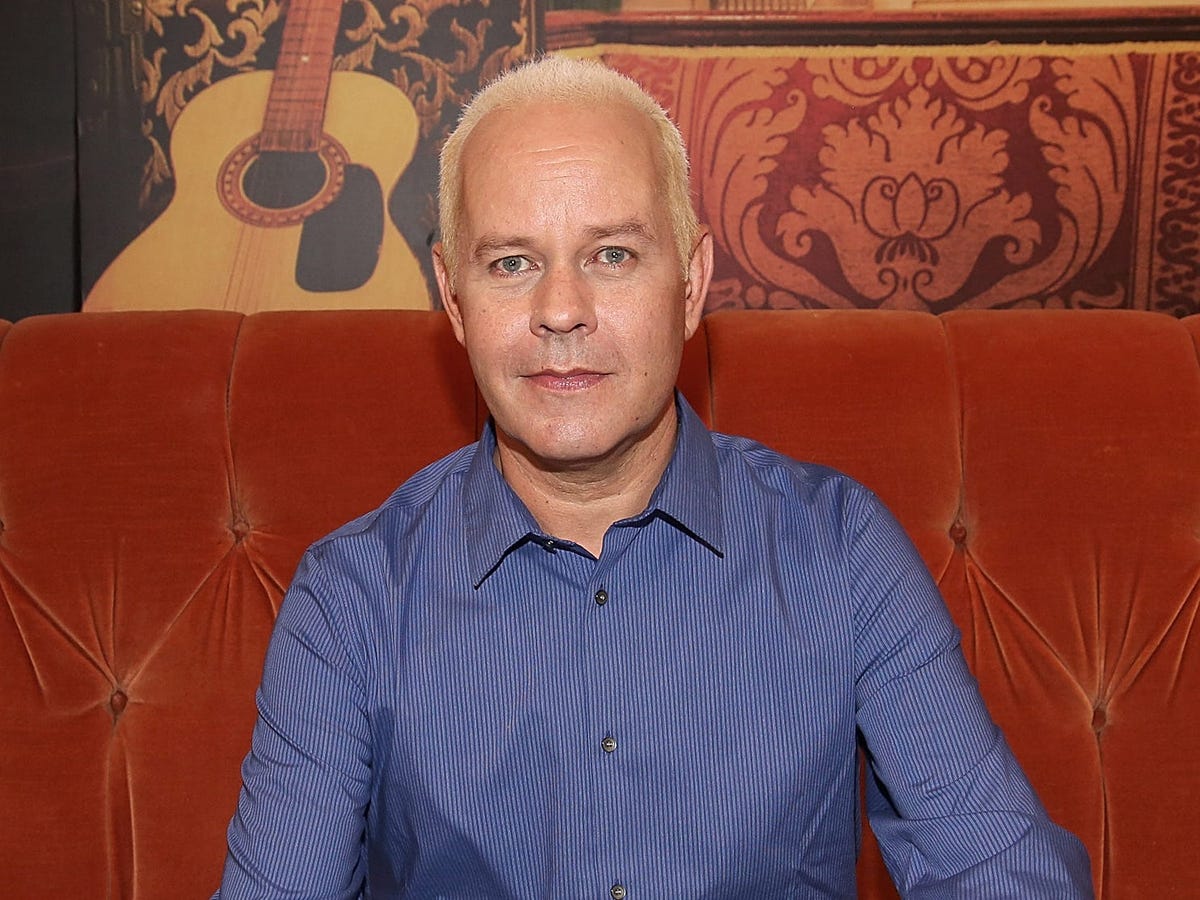 James Michael Tyler is best known for his work in one of the best sitcoms of the all-time: Friends. He played the role of the coffee shop manager in the show. His character as Gunther was loved and appreciated by the viewers of the show.

Unfortunately, he passed away on 24 October 2021 at the age of 59. He had been battling prostate cancer since the year 2018. He lost the battle after three years leaving his fans heartbroken. His co-stars from the show Jennifer Anniston, Courteney Cox, and others paid their tribute via their social media. 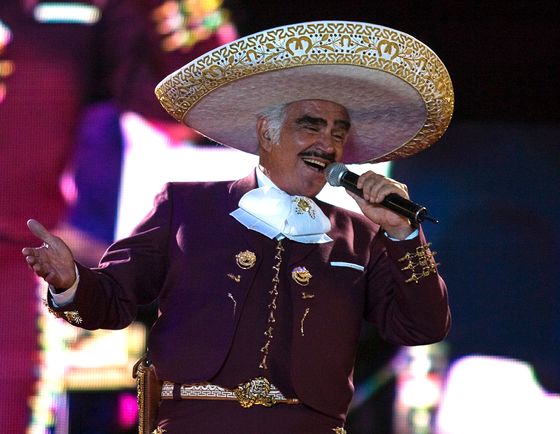 Vincente Fernandez was a well-known music legend. He was also a Mexican film actor and producer.  He passed away on 12 December 2021 at the age of 81. He was admitted to the hospital in a serious condition after falling at his ranch in Guadalajara 4 months before his death.

He was diagnosed with Guillain-Barre syndrome two weeks after his hospitalization. The disease had no relationship with the fall he suffered whatsoever. Nonetheless, he left the world due to the complications from his injuries. 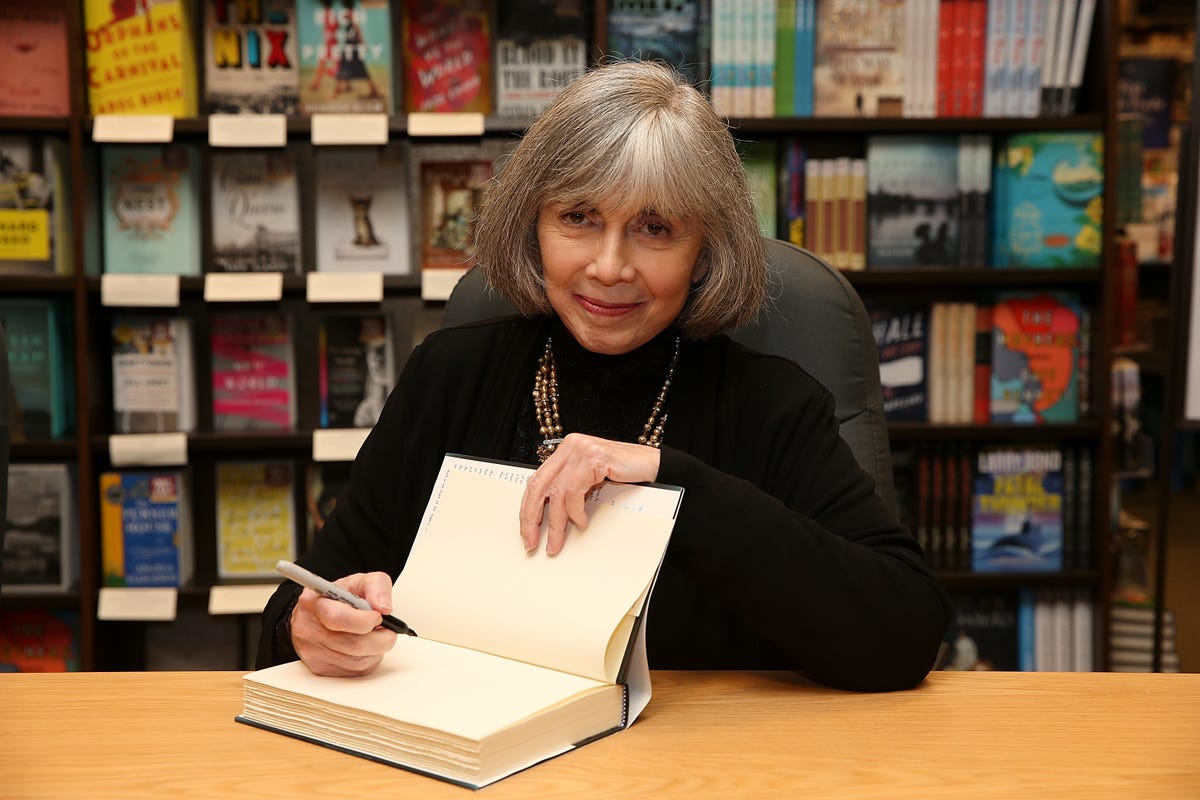 The 1994's hit movie Interview With the Vampire starring Tom Cruise, Bradd Pitt, and Kirsten Dunst was inspired by her book. She left us behind on 11 December 2021 at the age of 80. Anne died due to complications from a stroke.

Also Read: Meet The Boyfriend Of Anna Sitar: All About Josh Brubaker's Net Worth And Social Media 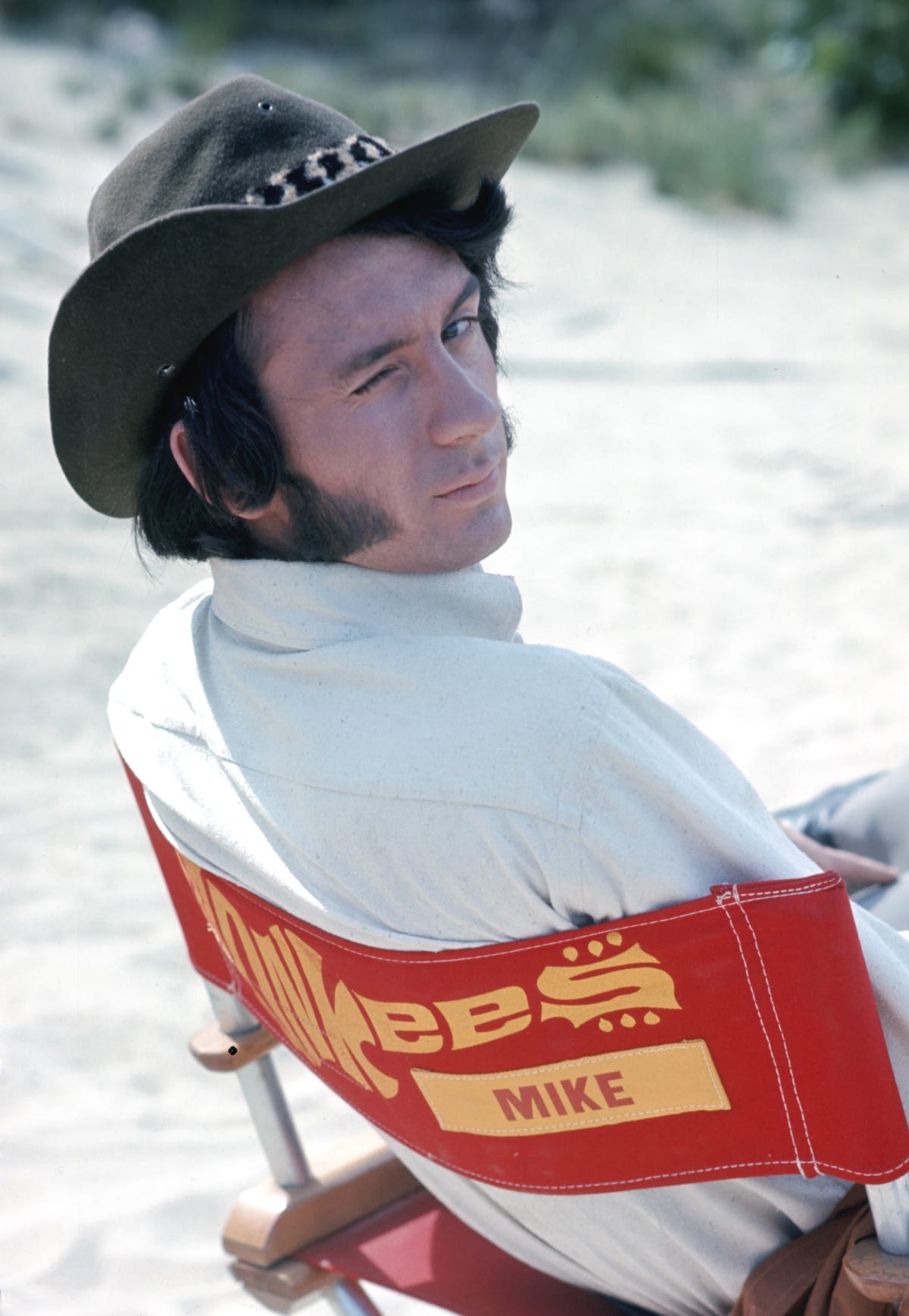 Michael Nesmith was a singer as well as a songwriter. He was also a member of the pop-rock band Monkees. He, unfortunately, passed away on 10 December 2021 at the age of 78. His family said that he passed away of natural causes in its statement.

He was made to cancel the last four dates of his 2018 tour due to an alleged health scare. It was later revealed that he had undergone quadruple bypass heart surgery. It was also disclosed that he had been hospitalized for more than a month.

Peter Aykroyd was a former cast member and writer for the famous show Saturday Night Live aka SNL. He joined the show in the year 1979 after a stint with SCTV. He had earned the prestigious Emmy nomination for outstanding writing with the rest of the writers of SNL. 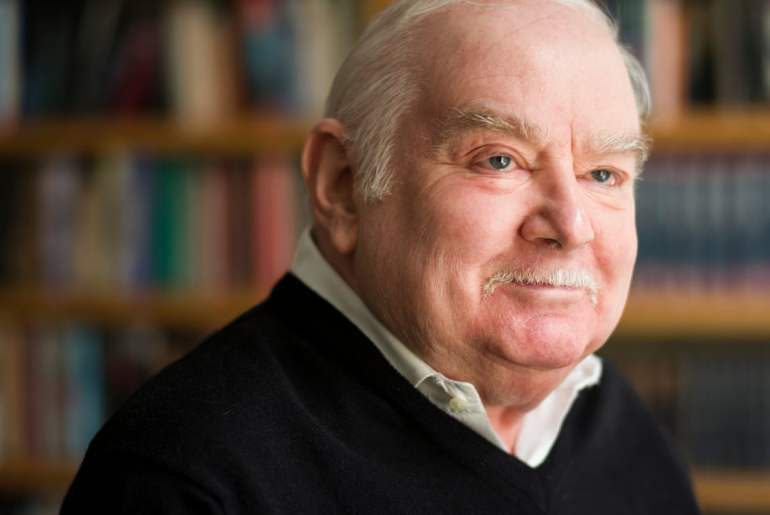 He was a valued member of SNL. SNL announced the devastating news of his demise on 20 November 2021. They also showed the short film he starred in called The Java Junkie as a tribute. The cause of his death was never made public. 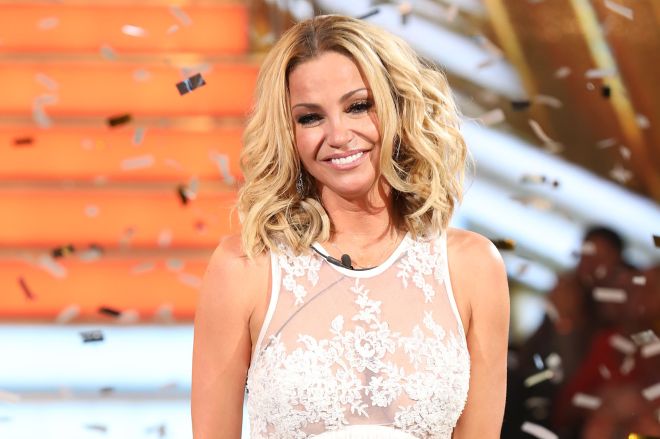 Sarah Harding was a singer best known for her song Girls Aloud. Sadly, she passed away on 5th September 2021 at the age of 39. She lost her life after a year-long battle with breast cancer. Her mother broke the news of her untimely demise on her Instagram page.

A message from Sarah’s mum

“It’s with deep heartbreak that today I’m sharing the news that my beautiful daughter Sarah has sadly passed away. Many of you will know of Sarah’s battle with cancer and that she fought so strongly from her diagnosis until her last day. She slipped away peacefully this morning. I’d like to thank everyone for their kind support over the past year. It meant the world to Sarah and it gave her great strength and comfort to know she was loved. I know she won’t want to be remembered for her fight against this terrible disease – she was a bright shining star and I hope that’s how she can be remembered instead.
- Marie x”

Reportedly, her breast cancer had advanced to other parts of her body as well. She was undergoing treatment for almost a year. She spent the last days of her life living with her mother in Manchester. She had not expected to see another Christmas after finding out that her disease was terminal. 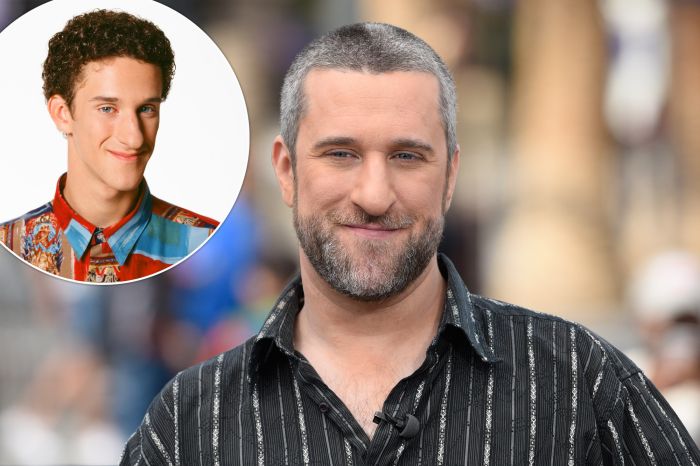 Dustin Diamond was an actor best known for his work in the movie Saved by the Bell. He was also a stand-up comedian and occasional professional wrestler. He passed away on 1 February 2021 at the age of 44. He was battling stage IV small cell carcinoma during the last days of his life.

He was diagnosed with a brutal form of malignant cancer three years prior to his death. Cancer managed to spread rapidly throughout the system of Dustin. Hence, he did not have to suffer long-term pain. His co-stars from several movies paid tribute to him following the news of his death. 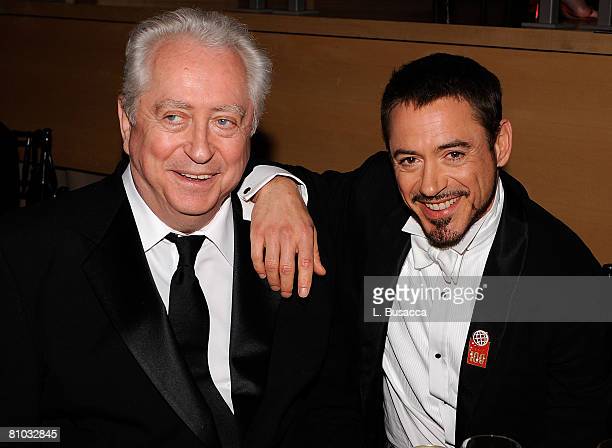 Robert Downey Senior was a filmmaker as well as an actor. He is remembered as the writer and producer of the 1969 movie Putney Swope. Most fans recognize him as the father of the popular actor Robert Downey Jr. He passed away in his sleep on 7 July 2021 at the age of 85.

He had been battling Parkinson's disease for the last 5 years. His son Downey Jr as well as his fans were devastated by the news. Downey Jr. remembers him as a true maverick. Thankfully, he was remarkably optimistic while sharing the news of his demise.

Besides these, there were many remarkable actors, actresses, and celebrities who passed away in 2021. Prince Philip, Actress Jessica Walter, TikTok star Matima Miller, actress Suzzanne Douglas, singer Johny Solinger were among the many who left this world this year. We wish peace to the heartbroken family.