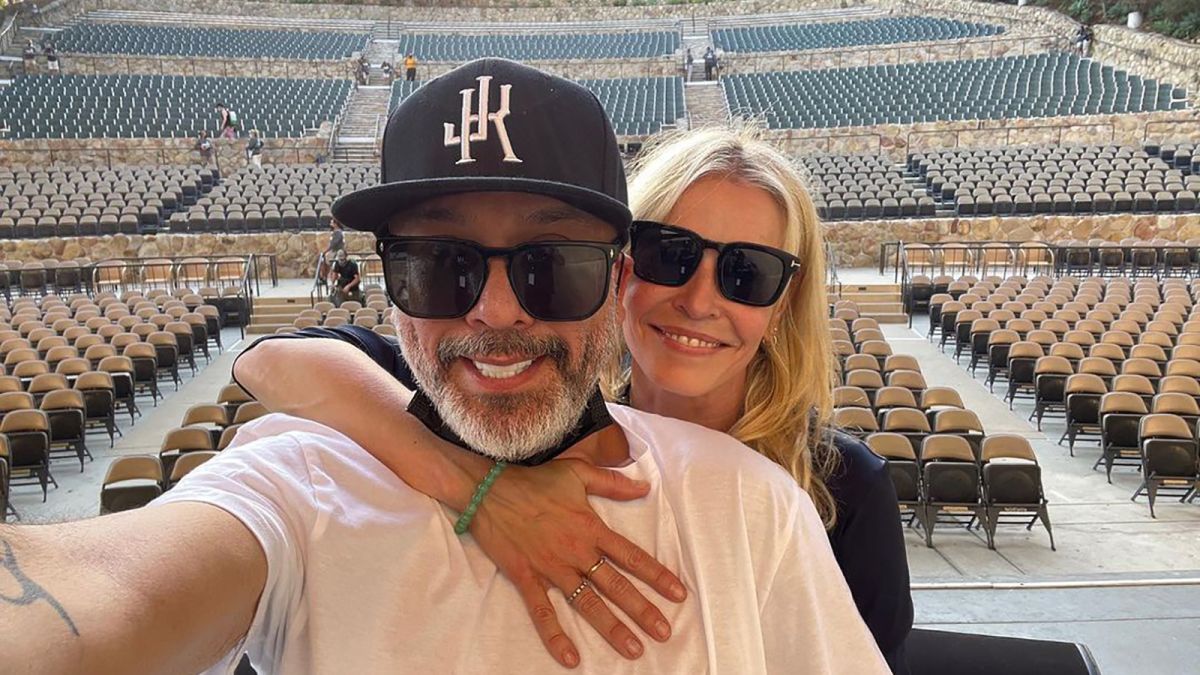 Chelsea Handler has been friends with fellow comedian Jo Koy for years. But recently the duo fell for each other romantically. They were first introduced to one another by a mutual friend almost 20 years ago. Jo has even appeared on Handler's show Chelsea Lately.

Their early years of platonic friendship were amazing according to them. Jo has hinted that he might have had romantic feelings for her at one point. Chelsea has also admitted that she probably had a bit of a crush on Jo as well. But she chose to suppress those feelings at the time.

She has revealed that Jo didn't seem like a potential romantic partner for her because he had "brother energy".

Who is Chelsea Handler?

Chelsea Handler is an American comedian, actress, writer, television host, producer, as well as an activist. She was born in 1975 in Livington, New Jersey as the youngest child among her six siblings. She has competed in the Miss New Jersey pageant as a teen.

Chelsea headed to Los Angeles in hopes of starting an acting career at the age of 19. She eventually switched her focus to comedy and began performing stand-up at clubs around the city. Her fanbase quickly grew with her brassy, self-deprecating style and her approach to the topic of sex.

She has hosted the late-night talk show Chelsea Lately on the E! network for 7 years from 2007.

She is not a new name in the media as she has been working in this field for decades. She is unmarried and never had any children. The 46-year-old comedienne is apparently satisfied with her own decision.

Who is Jo Koy?

Jo Koy is a renowned American stand-up comic. He was born in Tacoma, Washington. His real name is Joseph Glenn Herbert Sr. He used to be a frequent panelist on the show Chelsea Lately. He has since worked in a number of Comedy Central and Netflix specials.

The 50 years old comedian is a Filipino-American. He credits the success of his comedic and acting career to his mother. He has been married before to a woman, Angie King. He has a son named Joseph Jr from the marriage.

He is very close to his son but he never spoke about his ex-wife. The two however have shared the custody of their son who is now 18 years old. Jo is quite active on Twitter. His Twitter account has a total of 250.9 k followers as of October 2021.

Chelsea And Jo As Boyfriend And Girlfriend

Chelsea and Jo both admit that their friendship blossomed on the set of Chelsea Lately. They both have also agreed that Chelsea was playfully mean to Jo during their on-air banter. There came a point in their friendship where they rarely saw each other for a few months.

During their friendship, Jo reminded Chelsea of her deceased brother Chet. She later came to the realization that he rather feels like a family to her. Jo came to Las Vegas to support her during her first major show since the pandemic. It was the moment that she felt something was different between them.

She and Jo reconnected shortly before the COVID-19 pandemic. Apparently, Jo had asked her to write a blurb for his then-forthcoming book, Mixed Plate. They started texting and having COVID-safe hangouts and eventually started FaceTiming regularly as well.

In one of the interviews, Chelsea said:

To which Jo replied:

never did I ever say that!

There had been rumors about them since September this year after they were spotted canoodling at a Dodgers game. They made their relationship official about a week later, sharing photos of them.

It has been less than two weeks since two have made their romance Instagram official. While the news remains fresh, it is a relationship that has been in the works for a long time. On 27 September, Chelsea posted a loved-up picture of the two. Her caption has further clarified their relationship.