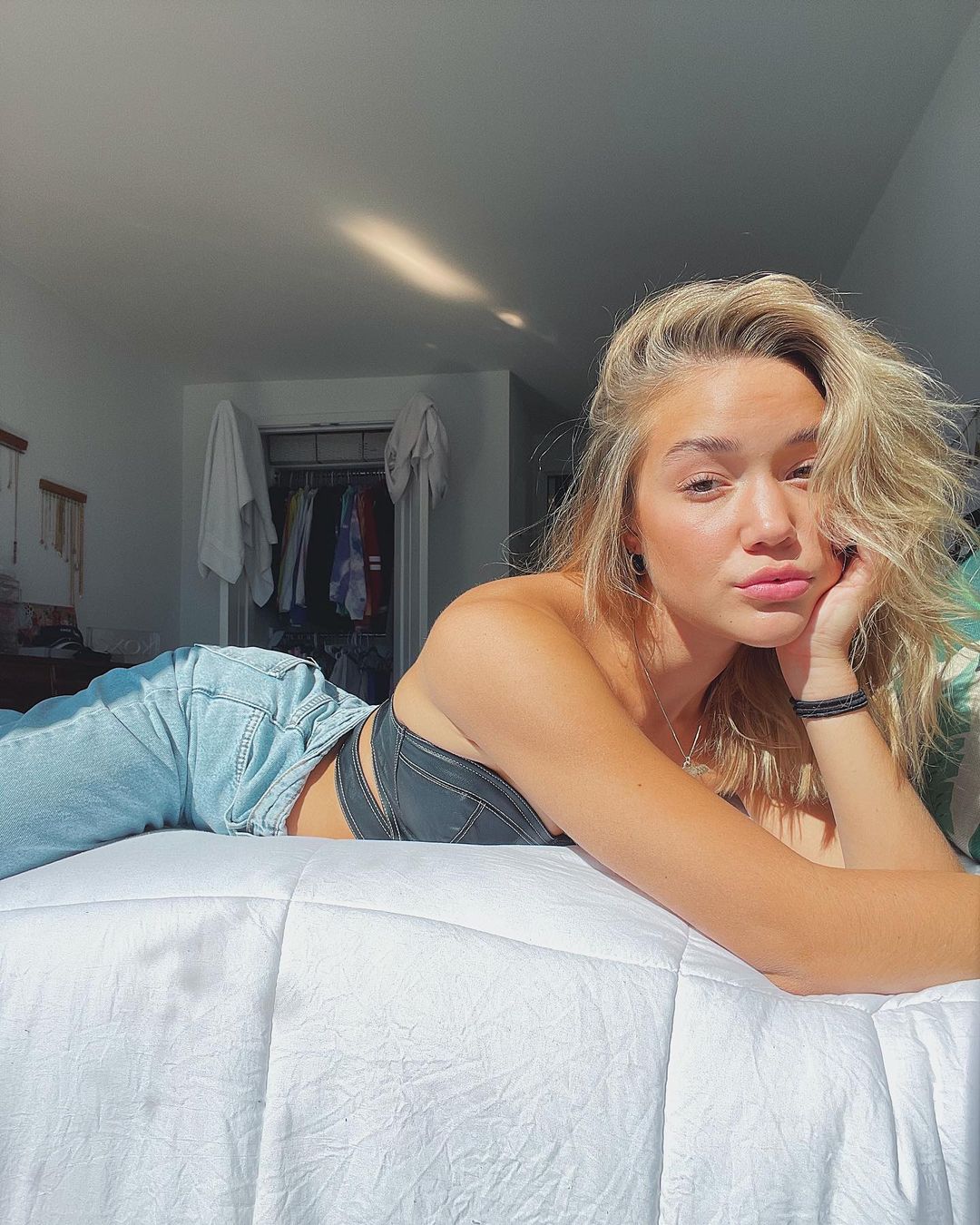 Olivia Ponton is a TikTok star and model. Her TikTok account has a total of 7.3 million followers and 677.5 million likes. The platform overnight made her into an Instagram star as well. She now does brand endorsement as well.

She has come out as a bisexual in June this year with a cheeky TikTok video. She was extremely excited to celebrate her first Pride as a part of the LGBTQ+ community.

I want to announce that I’m bisexual, and I’m now proud to be a part of the LGBTQ+ community

Coming Out As LGBTQ

The star chose her preferred platform to deliver the news. She has also revealed that she didn't have the slightest identity about being bisexual while growing up. She had not even considered it as a possibility as a young girl. She wasn't exposed to many queer people in her hometown.

This all changed when she met her girlfriend Kaila Novak. The star had reached out to Kaila through Instagram DMs and they eventually started hanging out in January 2021. Olivia was most inspired by JoJo Siwa to reveal her sexual identity.

She credits much of her sexual exploration to TikTok and the algorithm's exposure to a wide array of creators. She got to see many people from the queer community. She had to face a very public breakup last June. The model then took time to explore herself.

These days, she is often seen being vocal about her sexuality. She also advocates normalizing the different types of gender.

You May Also Like: Bretman Rock Support to the LGBTQ Community

Olivia As A Model

Olivia Ponton is a model signed with Wilhelmina. When her Instagram started growing very fast, she came to the public eyes. A lot of my exercising videos and TikTok videos went viral. She then thought of cultivating this popularity as a model.

Her first modeling project scared her a bit. A large number of so many different agencies intimidated her. She used to browse their websites with portfolios of all their current models and observe all the beautiful girls. Now that she is signed, she feels accomplished.

She believes that she has an agent that really wants what is best for her. Currently, she is exploring out exciting opportunities having management supporting her career. Her modeling was at a halt during the coronavirus pandemic. Regardless, she cherishes her work as a model.

Olivia Porton was born on 30 May 2002 to a librarian father and homemaker mother. She was born and raised in a middle-class household from Naples, Florida. She holds an American nationality and has faith in the Christianity religion. She completed her school-level education at Naples High School in Naples, Florida.

She hasn't enrolled at any of the universities yet. She was more interested In dancing and acting rather than in studying since childhood. She marks her participation in a lot of competitions. The TikTok star has been working hard to pursue her dream of becoming a popular dancer and actress in the industry.

The TikTok star began dating another fellow TikToker Kaila in January 2021. She had posted numerous videos of herself and Kaila looking every inch the cozy couple. This had raised fan speculation. But neither of the TikTok stars ever spoke at the beginning.

The two had met each other via Instagram like true Gen Z. The recent rumors have been hinting that the duo has broken up but there has been no confirmation about this rumor/

Olivia Porton is a huge name in TikTok. She regularly posts dance routines and exercise routines on her TikTok account. Her content is appreciated by her followers. The star is also a member of the Triller Compound.