Are Dane DiLiegro & Paula Abdul’s Dating Rumors True? Here’s What We Know About Their Relationship 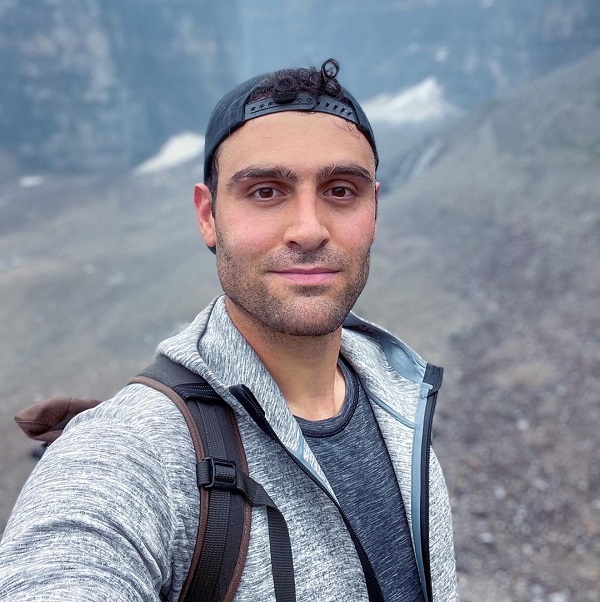 Dane DiLiegro is an actor who has been in this field since 2019, and he is famous for his work in the movies like Prey, American Horror Stories, and The Quest. Before being an actor, he was a basketball player who had an amazing playing history.

And his acting career started in 2019 when he appeared as Hero Walker in The Walking Dead.

The Lexington, Massachusetts native graduated from Lexington High School in 2006 and attended Worcester Academy. After that, he became interested in basketball and aimed to pursue a career in it.

Not to mention, he comes from an athletic family background as his dad played basketball and wrestled at the University of New Hampshire.

Being a rising star, Diliegro often gets into the spotlight regarding his personal life, and currently, his new project called Prey is out, which has created buzzes in the town.

Rumors of DiLiegro dating a singer, Paula Abdul, are taking over the Internet. So, many people are confused, and they are eager to know if the news is true or not. Continue reading to find out everything.

Well, the answer is no, the rumors of Paula Abdul and Dane Diliegro are not true, as the actor has already admitted the fact via an Instagram story.

Abdul and Diliegro appeared together on the red carpet for Prey, which created confusion among people.

After that, the news went viral on social media, and later, DiLiegro also revealed that fact and cleared every confusion. He shared an Instagram story where Diliegro wrote,

I'm also not dating anybody, so whatever is being put out there is fraud info

So, it is believed that Abdul and DiLiegro might have accompanied each other in the event, but their togetherness left everyone to think about their relationship.

Meanwhile, the actor may give some hints about his affair in the future via his IG account, where we can follow him under the username @dd. More than 40.8k people have followed him on the platform at the time of this writing.

And the biggest query in people's minds is about the relationship status of Dane DiLiegro.

Read More: Is Never Have I Ever Actor Darren Barnet Dating Mikaela Hoover? Take a Look at Their Relationship

Is Dane DiLiegro in a Relationship With His Girlfriend?

The current relationship status of Dane Diliegro is single as he is not dating anyone and does not have a girlfriend. DiLiegro also confirmed him being a single guy via an Instagram story. Also, there are no records of Diliegro having past affairs.

It is believed that the former basketball player is focused on his career rather than searching for a life partner. Also, he was not linked romantically with anyone in the past. Just after the release of Prey, DiLiegro got linked with Paula Abdul.

The 60-years-old singer Paula Abdul has also remained in the limelight for quite a while now as people are searching for her life partner. But she appears to be single in 2022. However, Abdul was married in the past.

From 1996 to 1998, Abdul was married to Brad Beckerman, and from 1992 to 1994, she was with the filmmaker Emilio Estevez. Despite being married multiple times, Abdul does not have any kids. As per a report, she was also in a relationship with JT Torregiani, a successful restaurateur.