Who Is DJ Khaled Wife, Nicole Tuck? Facts About Their Married Life and Children! 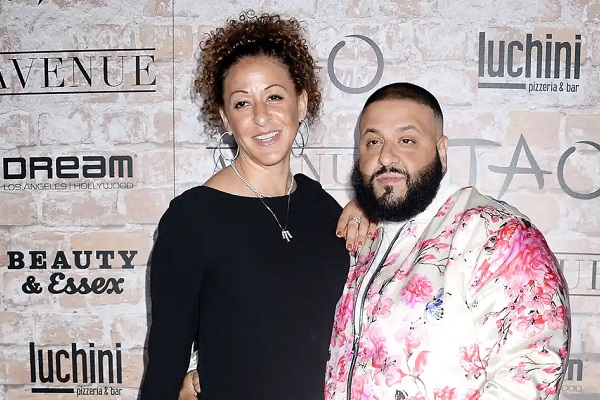 DJ Khaled is one of the finest celebrities from the United States of America. Besides being DJ, he is also a record executive, record producer and rapper. The 47-year-old DJ rose to fame after being a host in the 1990s on the radio station 99 Jamz.

Since 1998, DJ Khaled has been active in this industry for a long time and has worked with many renowned figures. He has also worked with multiple record labels, including Roc Nation, We the Best, and Terror Squad. There is no shadow of a doubt that he is the finest DJ.

With maintaining a good professional life, DJ Khaled is also doing well in his personal life. He is a loving husband and a proud father of two kids too. Here's everything you need to know about his married life and relationship.

Nicole Tuck is the loving girlfriend turned wife of DJ Khaled. She is not only famous as a celebrity spouse, but she is also doing well in her professional life. She was born on December 7, 1975, in the New Rochelle suburb of New York City. Tuck is the oldest of three children of Pauline Vitale and Elwood Tuck.

The 47 years old celebrity wife went to Marymount Manhattan College and earned a Bachelor's degree in Fine Arts. After that, she enrolled at Fordham University and graduated with a Master's in Education in 2005. Tuck started ABU Apparel in 2010; however, ABU Apparel does not appear to be in operation.

Tuck has resided in many places, from Italy, Greece, and Turkey to the Netherlands. Also, she lived in the Czech Republic, Poland, and Austria. Tuck faced one of the most tragic moments in her life when the Tuck family lost her younger brother named John, in February 2018. He was reportedly shot in a Bronx apartment.

Everything About DJ Khaled and His Wife, Nicole Tuck Married Life

DJ Khaled and his wife, Nicole Tuck, have been with each other for more than a decade. They have been together since at least 2007, though they have always remained silent about how they met. But we know that it was the time when DJ Khaled was just beginning his career.

Like many celebrity couples, both of them also kept their love life away from the press. The news of their engagement, however, didn't come to the media until 2016. While they were in a relationship for over a decade, DJ Khaled and Nicole got engaged only after the birth of their son in October 2016.

As the duo has kept their love life private, we are unknown when they tied the knot. However, DJ and Nicole have been together for over 11 years. Being together for a long time, they have started their family.

You May Read: Explore Model Bernice Burgos's Wiki, Age, And Net Worth

DJ Khaled got more into the people's eyes when he streamed his birth live on his Snapchat account. He was happy to announce the news and wanted to show it to the world. The family of three increased when the second child, Aalam, was born on January 20, 2020. Now, the family of four lives happily.

We can explore their life by following Khaled on Instagram under the username @djkhaled.