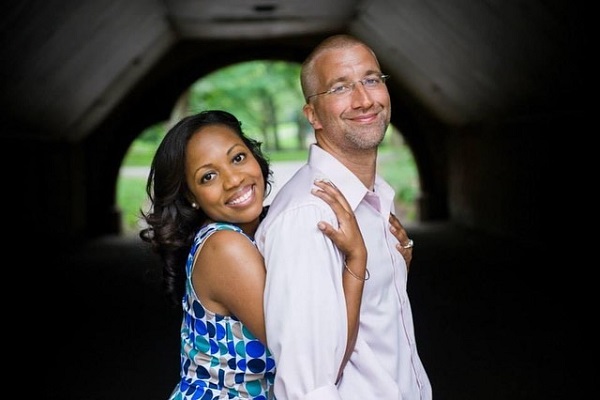 Kimberly Martin is a multi-award-winning American journalist serving for ESPN as an NFL journalist. She has covered NFL as a national writer, columnist and beat reporter for over a decade. In March 2020, she joined ESPN as an NFL reporter.

Furthermore, Martin has worked in many shows, such as Sunday NFL Countdown, Fantasy Football Now, and ESPN Radio. Likewise, Martin is known as the co-host of ESPN's only all-female podcast called First Take Her Take. Also, she has worked at Yahoo Sports. During her time at Yahoo Sports, Martin co-hosted an all-female weekly football show.

Martin is a multi-talented personality who has also covered various sports, including Major League Baseball and the NBA. Martin is doing well in her professional life, just like her personal life, as she is a married lady. Let's explore more about her married life and husband.

Jeffrey Roberts is the husband of Kimberly Martin. They have been married for a long time. Roberts is an award-winning writer/reporter and storyteller with extensive experience working under tight digital and print publication deadlines.

Currently, he serves as a managing producer at NJ Advance Media. Since 2019, Roberts has been associated with the company, and initially, he worked as a lead reporter. Before that, he was a feature writer & contributor for Vox Media, Inc./Big Blue View.

Regarding his education, Roberts went to Saint Peter's University in 1995 and graduated with a BA degree in English Literature minor in communication. Roberts got more into the people's eyes after getting recognized as the husband of an award-winning journalist Kimberly Martin. The married couple likes to stay away from the media, due to which we are unknown when they met and began dating.

Meanwhile, Martin and Roberts tied the knot on July 3, 2014, in an intimate wedding ceremony attended by their close ones. Their private ceremony was held in Arverne, New York. Since then, they have supported each other as a husband and a wife.

Click To See: Who Is Zoe Margaret Colletti Boyfriend Nichlmao? Facts About Their Relationship Timeline and More!

Does Kimberly Martin and Her Husband Have Children?

Exploring their social media handles, it is believed that both of them are entirely focused on their career. Martin often posts updates on her professional life and events, which makes it clear that she is busy with her working schedule. However, Martin may give some happy news in the future. So, we can follow her on Instagram as @kimberleymartin.

Kimberly Martin was born on January 9, 1984, making her age 39 years as of early 2023. On the other hand, Martin's husband, Jeffrey Roberts, maybe in the same range as his wife.

But due to the lack of his personal details, we cannot share his actual age. So, the age difference between Kimberly and Jeffrey remains unknown. Despite their age gap, the couple lives happily. Furthermore, the Brooklyn, New York native Martin was raised by her parents, Compton Martin and Camille Martin.

Martin also has a sister named Lavinia Martin. It is reported that the ESPN reporter's father passed away after battling cancer a few years ago.

You May Read: Inside Dianna Russini and Her Husband Kevin Goldschmidt’s Married Life

How Much Is Kimberly Martin's Net Worth?

Kimberly Martin has amassed a decent amount of money from her long-term career. According to some online portals, Martin enjoys a net worth of over $500,000. As we know, she works as an NFL reporter.

It is reported that a person working as an NFL reporter earns around $85,000 per year on average. So, we can say that Martin may take home in the same range. As Martin is still active in this line, it can be said that her bank balance will rise in the coming years.