What Is 'Chesapeake Shores' Actress Emilie Ullerup's Wiki? Also Read About Her Age, Net Worth, And Personal Life 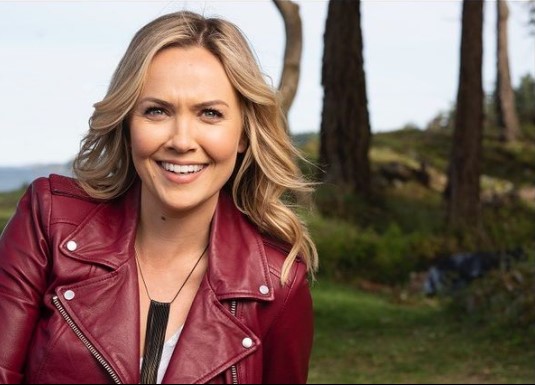 Emilie Ullerup is a well-known veteran Danish actress. She is recognized for her role as Ashley Magnus on the television series Sanctuary and as Bree O'Brien on the Hallmark Channel television series Chesapeake Shores. Emilie has been able to mark her name as a celebrated actress in the entertainment industry. 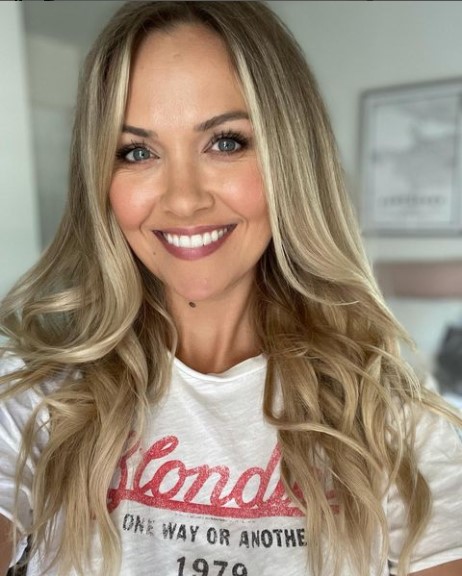 Emilie was born on October 27, 1984, in Copenhagen, Denmark, to a family of diplomats. She is the daughter of Jurist Ove Ullerup Petersen(father) and Bodil Ullerup(mother). She was raised with her two other siblings; Caroline Ullerup and Simone Ullerup. As of 2022, Emilie Ullerup's age is 38 years and her zodiac sign is Scorpio. Emilie's ethnicity is white and she holds a Denmark nationality.

Emilie graduated from high school in Copenhagen in 2003. Later, she moved to Vancouver, Lower Mainland, British Columbia, Canada, and attended the Vancouver Film School. From film school, Emilie graduated in the year 2005.

Kyle Cassie is the spouse of Danish actress Emilie Ullerup. Emilie met her husband Kyle Cassie in 2007 while shooting a Canadian series called jPod. Ever since then, they have been together. The duo didn't immediately disclose their relationship in the early days despite being captured together plenty of times by the paparazzi.

On August 14, 2018, Danish actress Emilie Ullerup married Canadian filmmaker and director Kyle Cassie. Emilie's husband, Kyle Cassie, is a writer and a producer. He has co-written and co-produced a comedy short, “Portrait of a Rebound,” co-wrote a satirical monster thriller, “Rare Breed,” and penned the short dark comedy, “The Milkguy,” which he produced for 2009.

On January 24, 2020, the couple welcomed their first child, Wild Morkov Ullerup Cassie. Ullerup conveyed she was four months pregnant at the time of filming the movie "Nature of Love".

Emilie also revealed she'd hold her hand in front of her stomach to cover the baby bumps. After the birth of their child, Emilie was busy with her newborn during her period of self-quarantine.

You may also want to read: Is Kingsman Actor Taron Egerton Married? Know Detail About His Girlfriend And Partner

Emilie Surgery Before And After

In 2008, when Ullerup was 24 years old, she was diagnosed with a mild tumor that was actively growing around her spine. Even though the growth was benign, the actress decided to go through a surgical procedure so that later complications would be averted.

A year after the diagnosis, in 2009, Emilie went through surgery where she had to extract half of her pelvis and coccyx.

Emilie's surgery was a success and it took her five months to recover.

What Happened To Emilie's Teeth?

Nothing is wrong with the Danish actress's teeth. Her teeth are one of the most attractive features of her face. In a world where dental procedures are taking over to get that perfect teeth symmetry, it seems Emilie was already blessed with one. They're not uneven or crooked, and add to Emilie's beauty when she smiles.

There have been some rumors that Emilie could have used veneers earlier in her life like other celebrities such as Miley Cyrus, Demi Moore, Tom Cruise to name a few. Despite such rumors, there's hardly any evidence. So, we believe that the actress was born with her perfect teeth. Besides, the only thing Emilie has done, like any other celebrity, seems to be a teeth whitening procedure. When you're in the glamour industry, your teeth must sparkle as well!

According to Celebworth, Emilie Ullerup's net worth is $5 Million. The same site has also mentioned that the actress earns $1,000,000 per year, $83,333.33 per month, and $19,230.77 per week! Emilie sure seems to enjoy a luxurious lifestyle thanks to her successful career.