Slade Smiley & Gretchen Rossi Are Together Since `13 Years! Are They Married Yet? 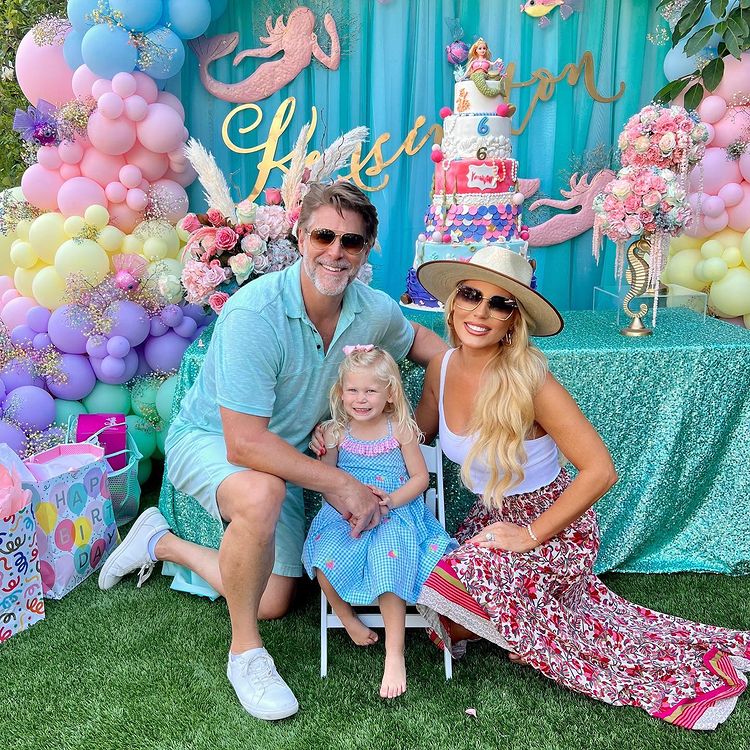 Slade Smiley is an American actor, host, and reality television personality. He is best known for his appearance in The Real Housewives Of Orange County.

Slade is the proprietor of a radio station called "Radio Slide" (92.7). The actor found his passion for entertainment in his hometown of Anchorage, Alaska.

Slade Smiley is a 49-year-old actor born on October 29, 1973, in Oakland, California, USA. Smiley's nationality is American, his ethnicity is Caucasian and he follows Christianity.

Slade's mother is Elizabeth Larson. Likewise, not much is learned about the actor's siblings. Smiley grew up with his parents in Anchorage, Alaska.

The RHOC actor began playing in a local choir at the age of 13 and was involved in high school and college acting classes and music production.

Being a well-known personality who has captured the heart of thousands of people, his fans and the public are always curious to know about his personal life regarding his married life, wife, dating, and many more.

Slade Smiley Is Married? Who Is His Wife?

Slade Smiley is engaged to American reality star Gretchen Rossi who was one of the stars of the series The Real Housewives Of Orange County.

Smiley started to date his wife Gretchen in February 2009 after they met in Season 5 of RHOC.

After 4 years of being in a relationship, the duo got engaged in 2013. 9 years after their engagement, there still isn't any update about their marriage. It seems getting married isn't on top of their priority list right now.

They have been happily engaged for nearly 9 years, and have been together for almost 13 years now.

Being together for more than a decade is already a testament to their strong and loving relationship. Smiley also has a daughter with Gretchen, Skylar Gray.

They announced on December 17, 2018, that they were expecting a baby. In February 2019, Slade and Gretchen threw a lavish party to reveal their child's gender as well as their name.

They have a beautiful daughter now and Rossi keeps on posting her baby girl and the quality time they spend as a family.

Smiley was also married before he came to know Rossi. Let us know something about his past relationship.

You may also want to read: Victoria Justice and Her Dating History! Who Is Her Boyfriend?

The reality star has two sons with his ex-wife; Gavin Smiley, who is the elder, and Grayson Smiley. Their youngest son was born on May 16, 2000. At a very young age, Slade's son Grayson was diagnosed with a brain tumor.

Simultaneously, he had to go through numerous chemotherapy procedures as doctors suggested surgery wouldn't suffice. Grayson spent most of his childhood in and out of hospitals doing various treatments.

In the fall of 2011, Slade Smiley and his new girlfriend Gretchen Rossi organized a fundraising program in honor of his son who had undergone brain surgery seven times but never recovered from the tumor.

Today Grayson is 21 years old and his mother Michelle has opened a website that shares Grayson's medical journey.

You may also want to read: What Is 'Chesapeake Shores' Actress Emilie Ullerup's Wiki? Also Read About Her Age, Net Worth, And Personal Life

How Much Is Slade Smiley's Net Worth?

Slade Smiley's net worth is estimated to be around $500 thousand. The actor has earned hid due to his appearance in the reality tv show RHOC including other business ventures.

Talking about social media, Smiley is available on Instagram where he has not seen much activity these days but has  34.4 thousand followers.

Slade Smiley was once said to be engaged to his current fiance for her money, but after decades the couple proved to the world their true love.

Keep on visiting our website, we will keep you updated.