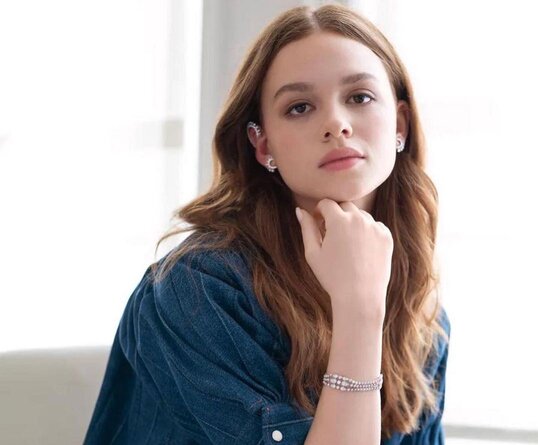 Fate: The Winx Saga is available on Netflix, and season two introduces the fans to a slew of malicious characters without exacting a black-and-white treatment upon them. Not to mention, Fate: The Winx Saga is a drama series based on the Nickelodeon animated series called Winx Club, created by Iginio Straffi.

Viewers loved this show, and the recent episode of season two concluded with a few cliffhangers during its finale. One of the most bizarre ones involves Beatrix, who is played by Sadie Soverall, the on-again-off-again anti-villain. In the recent episode, Beatrix finds a way to help Bloom, played by Abigail Cowen, and the characters, but with a cost.

In the finale, there are quite a few notable departures, one of which is said to be of Beatrix. So, please keep reading to learn everything about it in this article.

As said earlier, the death of Beatrix has left everyone sad, and many people are still confused if her death is real or not. In the previous episode, Sebastian and Beatrix attack the campus and take several hostages. Not only that, but Beatrix appears to be less evil than Sebastian because she allows some students to flee.

Bloom is eager to save Sky, who is tangled on school grounds, before Sebastian can hurt him. Beatrix persists in playing both sides of the fence by warning Stella about the menace Sebastian is about to put Bloom in. When Bloom and Sebastian clash, Bloom finds her origins at this exact moment.

Bloom's mom lost control during the same war and unintentionally killed many people. Beatrix then appears in the room and saves the world. And as a result, Sebastian throws her against a wall, smashing her head open. With a pool of blood falling beneath her, it appears the crash instantly killed her.

Her death was later confirmed when the rest of the fairies discovered her lying lifeless in the same place. While death may be a constant for some, it is more complex in the world of magic. Even if someone is dead, there are always methods to revive them. Furthermore, the conclusion of Season 2 suggests that Beatrix may be able to return.

Moving onwards, Beatrix Daniels is one of the main characters of Fate: The Winx Saga, and the character is portrayed by Sadie Soverall. Talking about Beatrix's early life, she was born on December 10, 2004, in Aster Dell.

And the current concern of people is to know about her family. After the end of Fate: the Winx saga, Stella opened a note from Beatrix. In the past, Sebastian disclosed that Beatrix, while orphaned in Aster Dell as a baby, has two sisters named Isobel and D'Arcy Daniels.

Beatrix's adopted father also refers to her as little Storm, indicating what fans guessed all along that Beatrix is considered to be a version of Stormy. Stormy is the witch sister with weather-related powers.

On the other side, Beatrix is defined as an air fairy but mainly uses electrical currents as her powers. For your information, her name is a pun: "Be a Trix." The name is similar to Bellatrix. Her Trix inspirations are similar to Bellatrix Lestrange from Harry Potter. Talking about her personality, she is a girl with pale skin, brown eyes, and shoulder-length brown-reddish hair. Beatrix prefers dark clothes that vary between preppy and edgy.