American Idol’s Fritz Hager Is Working on Newer Projects in 2022! More on His Illness & Net Worth 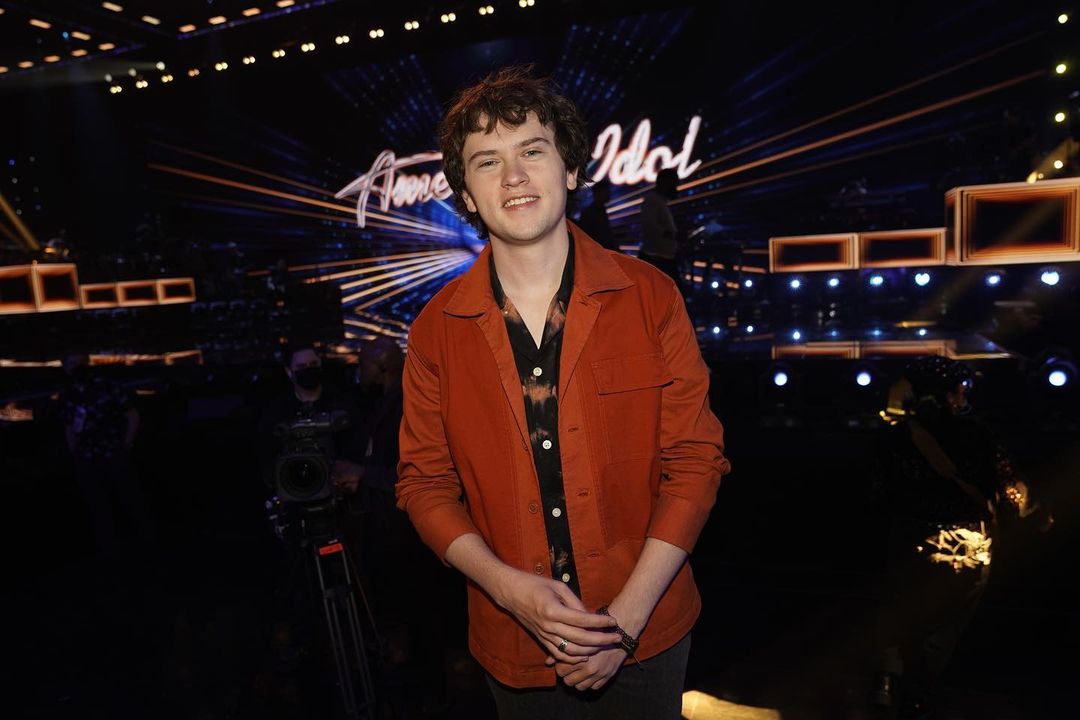 The singer was recently diagnosed with Covid. However, despite his illness, it was revealed that he advanced to the top 5 in the competition.

The American Idol contestant Fritz's parents are Fritz Hager Jr.(father) and Sarina Hager(mother). Talking about his family, Fritz has five other siblings including Henry Hager and Jack Hager.

Before being selected for the 20th season of American Idol, the singer used to work as a cyber-tech security guard. Let us know about his journey in singing and relationship status and family.

Hager III set out to pursue his “American Idol” dream when he first auditioned for the show in its 19th Season. Unfortunately at the time, the singer didn’t advance to the televised auditions.

However, the singer didn't lose his hope. 2 years later in the summer of 2021, Fritz auditioned for the show again in front of the celebrity judging panel in Austin in October.

He finally secured a golden ticket after receiving two “yes” votes from the judges.

When he made it to the top 20, his emotional performance of Billie Eilish made Katy Perry cry. Not only Katy Perry but also other co-judges and audiences wiped their tears on his performance.

After working really hard for achieving his dream, he ultimately made it to the top 5. His fans and viewers were seen as really happy watching him achieve this position.

The 22-year-old performed his song called “All My Friends,” despite suffering from COVID-19.

Despite being affected, the duo gave their performance for the selection round. Fritz showed his rehearsal footage while Noah sang from his hotel room while quarantined. Both of them made it to the top 5.

When Fritz appeared on video from his hotel rooms for judging and the final verdict Texas native revealed that his throat had been feeling kind of weird during rehearsal.

When he went to get the test, he came to know that he'd tested positive for covid. The singer added that he was feeling good and was ready to get back on that stage.

Is Fritz Hager Dating or Married to Someone?

As of the present, American Idol contestant Fritz Hager is assumed to be single. He has given no indications of being in a relationship. Besides, there's no information about Fritz Hager's girlfriend in the past either.

His fans are moreover eager to know about the singer's dating life and girlfriend.

You may also want to explore: Laura Vandervoort Is Dating? Insights on Her Dating Life and Boyfriend!

American Idol's Hager's net worth is estimated to be around $1 million approximately as of 2022.

The package of talent earns a well-deserved package of net worth and relishes every bit of it.

His fans stay awaiting his further accomplishments and projects. Reports specify that he is soon to come up with newer projects.

Recently, in August, he had made his way through a tour with the American Idol's runner-up, Hunter Girl.