Noah Thompson's Breakup Rumors With Girlfriend: Who Is He Dating Now? 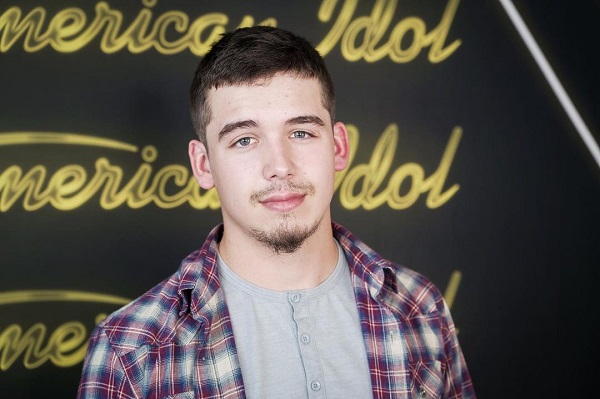 Noah Thompson is a famous singer from Louisa, Kentucky, who gained widespread recognition after winning the title of American Idol season 20th. Thompson has been making music for a long time and has been doing it professionally since 2021.

Some of his notable songs include One Day Tonight and Stay. As said above, Thompson came into the spotlight after coming in the 20th season of American Idol.

The talented singer auditioned in Austin, and during his audition phase, he performed a song named Giving You Up by Kameron Marlowe.

On May 22, 2022, Thompson was declared the winner of the American Idol season 20. Since then, Thompson has remained in the limelight.

Meanwhile, Thompson not only gets into the people's eyes for his song but also for his personal life, mainly his love affair with his girlfriend. It's been a while since the breakup rumors with his girlfriend have surfaced in the media.

American Idol fans are aware of the dating life of Noah Thompson. Thompson and his girlfriend, Angel Dixon, have appeared several times on the stage of American Idol.

The cute lovebirds have been dating each other for some time, but when Thompson joined American Idol, their dating life was a matter of concern to many people.

For your information, there have been rumors about their breakup, and American Idol fans are sad to hear it. Critics say that Thompson may be dumped his girlfriend to be with fellow contestant Hunter Girl.

Throughout the American Idol journey, Thompson and Hunter share a strong bond with each other.

So, their bond was noticed by many of their fans, and the rumors of Thompson's breakup with his girlfriend rose to fame.

On the other hand, his girlfriend, Dixon, posted a photo on Instagram on July 9, 2022, which added more power to the Fire of the breakup.

In the respective post, Dixon wrote, "flowers grow out of dark moments." So, it left people to think that it may be linked with her breakup with her boyfriend.

Not only that, but Yahoo reported that Dixon and Thompson unfollowed each other on Instagram, which created more confusion among their fans.

In the meantime, it can not really be confirmed whether Thompson and his girlfriend, Dixon, have broken up or not. The pair may give some updates in the future as fans are eager to know the fact.

Their fans are definitely not waiting for the breakup rumors to get official as the couple has been cherished by many. So, even a small imperfection in their relationship would ignite a series of questions for the couple.

Apart from just being lovers, they are responsible parents too, so their separation could create an i

Also Read: Noah Thompson Shares His New Original Song: What Are His Fans Reaction to It?

Moving onwards, Noah Thompson and Angel Dixon share a son named Walker. The pair have also made their appearance together with their son on the stage of American Idol.

While Thompson was performing on the stage, Walker also walked. Furthermore, we can see some of their snaps on social media.

During his spare time, Thompson loves spending time with his child. Not to mention, we can follow Thompson on Instagram as @noahthompsonmusic and Angel Dixon as @angel_nicolee02.