Greyston Holt & His Girlfriend Welcomed a Baby! More On Their Dating Life 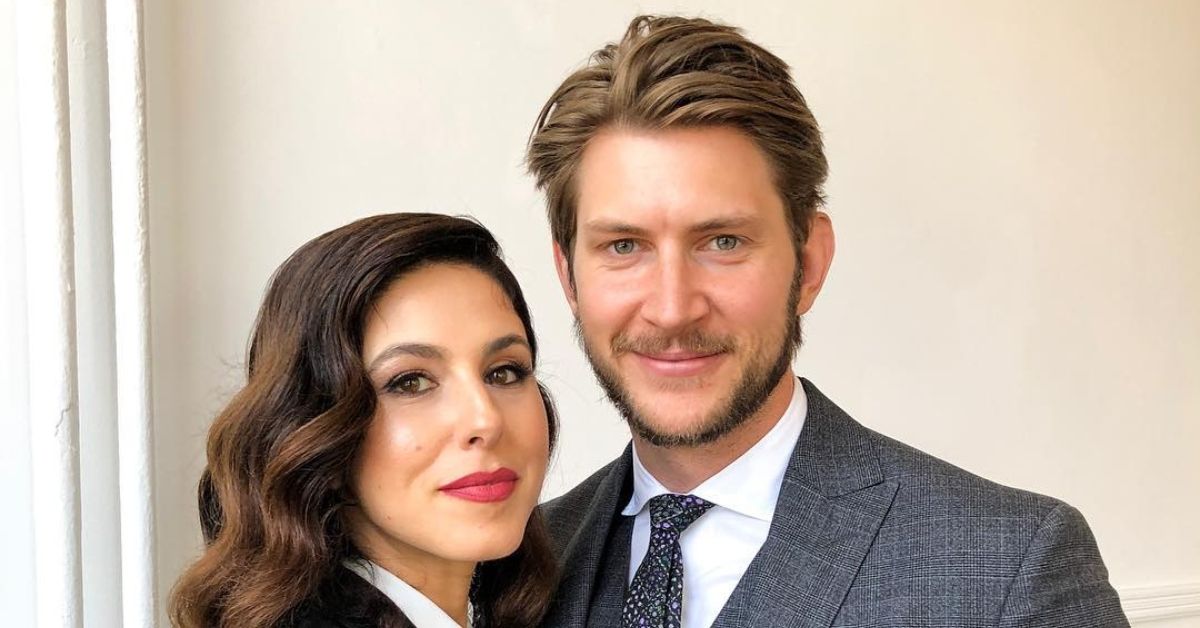 Greyston Holt is a well-known Canadian actor whose amazing works can be seen in Bitten, Riverdale, Supernatural, and Lonesome Dove Church.

The talented actor has been in the showbiz industry since 2004 and has already given numerous hit movies and television series.

The 6 feet 2 inches tall actor made his debut on the big screen after appearing as Dan in The Sisterhood.

Holt has already shared the screen with many renowned figures and has also taken home some awards, including nominations for awards like Leo Award and Golden Maple Awards.

Currently, Holt is making headlines on the internet as he just became a father as his girlfriend, Cristina Rosato, gave birth to their first baby. So, the pair has become the talk of the town, and people are also eager to know about their dating life.

Collecting all the information, we've talked about their love life in today's writing.

Greyston Holt Welcomed a Baby With His Girlfriend

Congratulations messages are pouring on the internet for Greyston Holt and his girlfriend, Cristina Rosato, who have just become parents for the first time after giving birth to their baby.

Back on July 12, 2022, Rosato shared uploaded a photo in a bikini showing her baby bump. The photo was taken at Salt Spring Island, and from the post, she announced that she was pregnant.

And on August 28, 2022, Greyston's girlfriend posted a photo announcing that she had given birth to a baby. Rosato wrote, "had baby women are incredible, finally home."

After that, the post made headlines on the internet, and people began congratulating the pair. Now, the family of three lives happily.

Also Read: Nessa Diab & Her Boyfriend Are Parents Now - Diab Gave Birth to a Healthy Child! Is the Couple Planning on Getting Married?

As we know, Greyston Holt and his girlfriend, Cristina Rosato, gave birth to a child. At the same time, fans are also concerned about their dating life. Some of them are asking if the pair have married or not.

Well, Holt and his future spouse have been dating for a decade now. Despite dating each other for over ten years, the couple has not married yet. However, they are doing great in their life, and they have supported each other in every step of their life.

Talking about their dating life, Holt and Rosato reportedly met each other for the first time at the Delta Bow Valley hotel in December 2011. After knowing each other for some time, the pair began their romance in 2012.

Since then, they have been together, and their bond is growing daily. As they just gave birth to a baby, the couple might be planning to get married in the future.

So, Holt and his girlfriend may provide some updates about their marriage in the future.

You May Like: After Split With Ex-Boyfriend, Who Is Victoria Justice Dating Now?

Greyston Holt and his girlfriend, Cristina Rosato, have been dating each other for over ten years. They are not only successful. in their personal life but also in their professional life. Holt and Rosato have worked together.

Back in 2020, during the COVID pandemic, the actor announced that he and his girlfriend were resuming filming. The announcement grabbed the eyes of many people.

Apart from that, Rosato is also a prominent actress whose works can be seen in Turner & Hooch, City on a Hill, Bad Santa 2, and The Art of More.

Since 2003, Rosato has been working in the showbiz industry and has already worked in more than 70 films and television series. We can get more updates about her life by following her on Instagram, where Rosato is available as @rosato.