Is TikTok Star Brooke Lehman Pregnant? Read To Know About The Rumors 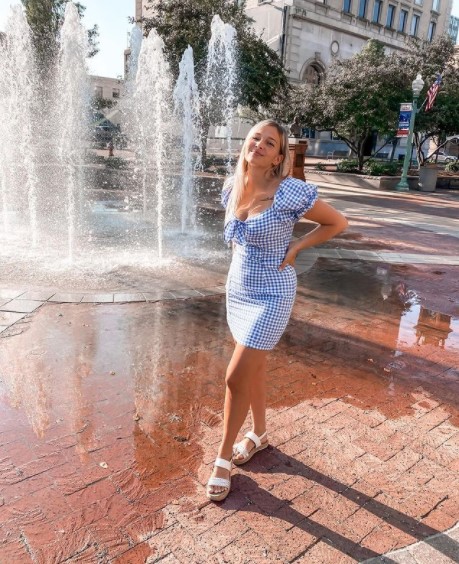 Brooke Lehman is a young woman who gained online stardom by uploading videos on the video-sharing app, TikTok. Brooke rose to prominence following her Tiktok movement videos. Beyond that, Brooke also makes funny and relatable videos.

The popular creator earlier induced quite a stir in TikTok after she claimed her fiance and she was a virgin couple despite having two babies. 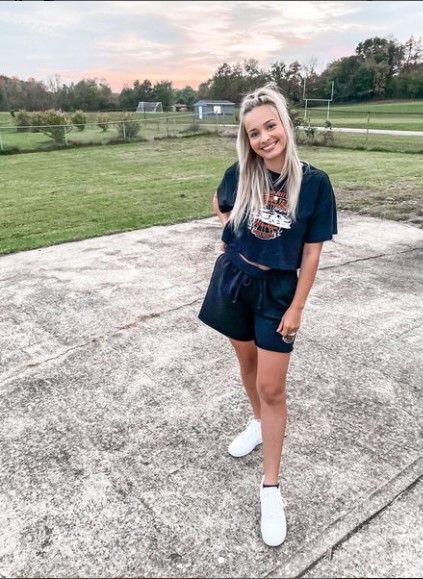 The 21-year-old TikTok celebrity has garnered quite a following in TikTok. With over 197,000 followers and 11 million likes, Brooke has become quite the influencer on the platform. She is a stay-at-home mom to two beautiful daughters Addison and Avaleigh.

Brooke got pregnant around 2018 and welcomed her first daughter Addison Marie in 2018 with fiance Coby Meek. Brooke's daughter Addison is alleged to be 3 years as of 2022. In 2021, the couple again gave birth to their second daughter, Avaleigh Cade who is only 6 months old. 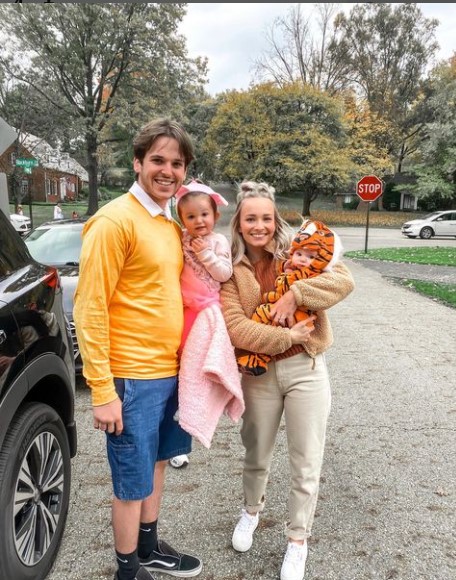 The majority of Brooke's videos revolve around motherhood and experiencing life as a young mother. Despite being a mother at such a young age, Brooke seems to be a wonderful mama to her daughters.

Brooke once dropped a claim in her videos that she and her husband are both "virgin parents".

After claiming to be virgin parents despite having two daughters, the TikToker's assertions were met with pretty strong reactions from her fans. After the video went viral, she has continued with those claims in her follow-up videos as well.  According to Brooke, she became pregnant both times just by sitting on her fiance's lap.

Her fans were quick to call it nuance and added their own uncanny assertions to play along. Brooke's fans even joked it was a "Quinn and Finn" from Glee situation. In the series, Quinn becomes pregnant with Puck's baby while in a relationship with Finn, so to hide the truth, she makes up a silly tale knowing Finn would devour it whole, which he does.

Some fans asked Brooke for a "story time" while others commented it was possible through insemination.

You may also want to read: Know The Hairstylist And Entrepreneur Jonathan Antin's Wiki And Net Worth

Is Brooke Married? Who Is Her Husband?

The famous tiktoker Brooke isn't married to anyone so she doesn't have a husband yet. But she is engaged to her kid's father, Coby Meek, to who she is allegedly planning to get married.

Brooke is engaged to boyfriend Coby Meek who is also the father of her two children. The two haven't revealed how they met or how long they've been dating before finally getting engaged. Brooke often uploads Tiktok videos with Coby and we can see how well the duo get along. Coby is also on Tiktok, though he is only occasionally active there, unlike his fiancee Brooke.

The pair are currently living in Ohio where they raise their daughters together. Brooke also has a YouTube page in which she updates her fans about her family life.

The news about Brooke's third pregnancy spread like a wildfire among her fans. Even though the star herself never made such a claim, it didn't take a lot for the rumor to spread out. But Brooke isn't really pregnant at the moment. There has been no verified news or confirmations about it.

Brooke has a very influential platform in Tiktok with over 198.8K followers and a total of 11.1M likes. She also uses Instagram where she has over 5508 followers. Brooke joined Youtube in 2018 and now has 4.48K subscribers. The Tiktoker also has her own website brookeeleman.