Is James Charles Getting Married? Here’s What We Know About His Love Life and Earnings 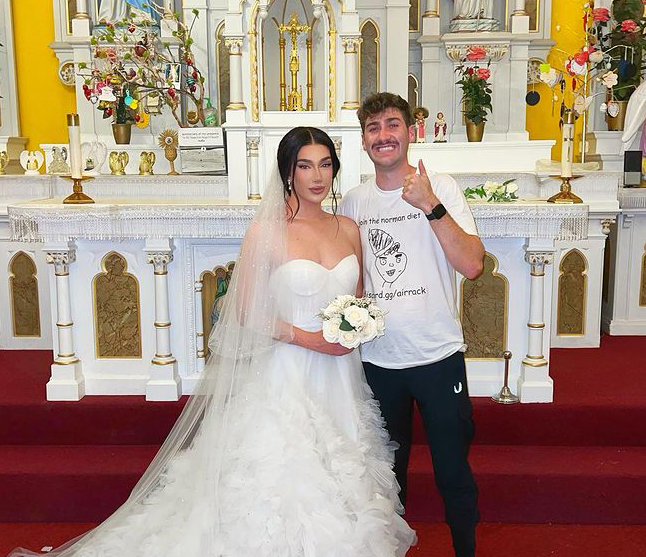 James Charles is a renowned American YouTuber and makeup artist who has gained over 23.8 million subscribers on his self-titled YouTube channel. He also made headlines on the internet after hosting, directing, and co-producing the YouTube Originals reality competition series named Instant Influencer in 2020.

The 23-year-old makeup artist has worked with many brands, and he has also preserved a huge sum of money. In 2016 Charles was named the first male ambassador for CoverGirl. Besides, he is also openly gay. Being a celebrity, fans are concerned about one's dating life; the same goes for James Charles.

Once, Charles made headlines on the internet when people began asking questions related to his marriage. In today's writing, we will talk about his career earnings, but let's start with his marriage rumors.

Is James Charles Getting Married?

The straight answer to the above question is a big No. James Charles is not getting married and does not have a partner too. Meanwhile, the topic of his wedding came into the spotlight when Charles posted a video on his social media handles.

We can still find the video on YouTube, which has now gained over 8 million views, and the topic got more into people's eyes when he posted it on TikTok on September 2022. However, the news of him getting married is not true as Charles admitted that he was getting ready for a fake wedding, and it was for one of his friends, Eric's shoot. Charles said, "My friend Eric is filming a really fun YouTube video today at a fake wedding, and I am the bride."

Click To See: How Much Is Ari Fletcher’s Net Worth? A Look at Her Career Earnings and Relationship History

This makes it clear that Charles was just being a bride for a shoot happening at a fake wedding. Not only that, but he admitted that he was single, which means Charles does not have a partner at the moment. Now, he is entirely busy with his professional life. Being a makeup artist and YouTuber, Charles has amassed a massive fortune but are you familiar with his earnings?

James Charles Enjoys a Net Worth of Millions

According to Celebrity Net Worth, James Charles is estimated to have a massive net worth of around $22 million. So, it can be said that he makes most of his gains from being a makeup artist.

Apart from that, Charles also makes more profit from his YouTube videos. He has worked with many brands that might have helped him preserve a considerable fortune. In 2016 at the age of 17, Charles was named the first male brand ambassador for CoverGirl. Also, he is the founder of a clothing line called Sisters Apparel.

You May Read: James Charles Speculated To Have Undergone BBL After His Picture on Bodysuit Goes Viral!

Having multiple business ventures, Charles enjoys a lavish life. In the past, he closed on a $7 million home in Encino, California. And now, his new home is reported to be 10,000 square feet and has six bedrooms. Furthermore, Charles flaunts his amazing life via his Instagram account, where we can follow him as @jamescharles.