Are Jesse Meester and Jeniffer Tarazona From 90 Day Fiance Still Together? 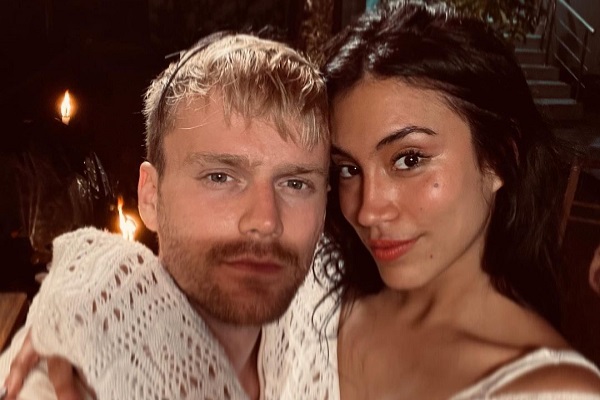 Jeniffer Tarazon and Jesse Meester had a unique road to romance as they both previously starred in the spinoff 90 Day Fiancé: Before the 90 Days with other partners. Their romance rumors got hyped when they posted a PDA-filled snap featuring a blond man back in June 2021. Later, they announced that they were dating.

While appearing on season 2 of the Discovery+ 90 Day Fiancé spinoff, Tarazon talked about her love life. She also discussed how she got connected to Meester. Expressing their first meeting on the spinoff, the duo admitted on their joint YouTube channel they were initially doubtful if they wanted to join the series.

After being in a romantic relationship with each other for some time, the 90 Day Fiance couple announced their separation, which left viewers shocked, but some of them are still concerned about knowing if the duo is still together. Here's what we know.

As said earlier, Jeniffer Tarazon and Jesse Meester met each other and began their romance before coming in 90 Day Fiance. The duo started dating in 2021, and they also revealed it via social media.

So, they announced their separation, but some people still say they might be together. Keep reading to find out more about their breakup.

Read More: What Happened to Wilko Johnson? Cause of Death in Detail

Are Jeniffer Tarazona and Jesse Meester Still Together?

The straight answer to the above question is a big No. Jennifer Tarazon and Jesse Meester are no longer together. Meester first hinted at heartbreak after sharing a TikTok set to sad piano music in September 2022, captioning, "You don't know pain until you're sad wondering why the person you loved would do you like that."

After watching the post, 90 Day Fiance viewers began speculating that, Tarazon and Meester may have chosen the path of breakup. Some of them also talked in favor of Meester. One fan wrote, "Jesse. You are loved. She was not worthy of you. Hang in there." Due to this, the breakup rumor got more into the spotlight.

During that time, both, Tarazon nor Meester didn't talk about the topic. But one week later, Tarazon's rep confirmed that she and Meester had parted away. The rep said that the couple separated due to their personal agendas.

Click To See: 90 Day Fiancé: Yara Zaya and Jovi Dufren’s Joint Net Worth and Job – Here's What We Know!

Why Did Jennifer Tarazona and Jesse Meester Split?

Jennifer Tarazon and Jesse Meester parted away due to their personal agendas. It seems like the long-distance may have also affected their relationship. Jennifer's rep mentioned that the couple had to temporarily distance themselves from each other geographically to concentrate on their projects and work.

So, it becomes clear that Tarazon and Meester are no longer together. Despite parting away, they have a love for each other. On September 29, 2022, both of them shared a sweet tribute to their relationship via their joint Instagram account by sharing a post. The caption reads, "This picture is so special and full of deep emotions; every time I see it, I see us, our unconditional and passionate love, the complicity and the fearless bond we will always share. Te Amo."