Is Jesseca Dupart Married to Her Wife? More on Her Life & Net Worth 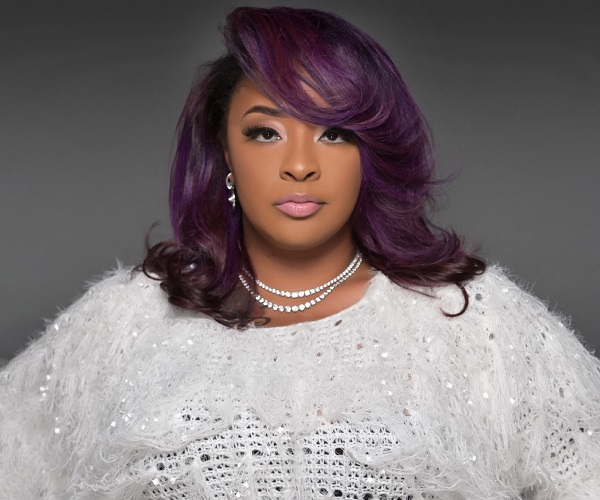 Jesseca Dupart is a well-known American entrepreneur who is famous as the founder and CEO of Kaleidoscope Hair Products.

She started the company in 2013, and since then, she has been doing pretty well.

Apart from that, Dupart also features her lifestyle on her Instagram handle, where she has amassed more than 2.5 million followers.

In addition to that, Dupart got more recognition in the industry when she announced her relationship with prominent American rapper Shawntae Harris-Dupart, aka Da Brat.

So, in today's writing, we will talk about their relationship, marriage, and more. To know everything, keep reading till the end.

Starting with her love life, Jesseca Dupart is happily married to her wife, Da Brat. For your information, the power couple met each other for the first time in the year 2017.

Shortly, Dupart and Da Brat fell for each other and began dating in 2019.

Dupart and Da Brat initially kept their love life away from media prominence due to privacy concerns. During that time, there were many speculations circulating on the Internet. So, finally, in March 2020, the pair made their relationship public.

The strong Dupart introduced her wife openly to the public of which a plethora were immensely proud of.

Furthermore, they walked down the wedding aisle on February 22, 2022, at the Horse Mansion in Fairburn, Georgia.

Around 100 guests attended the wedding, and the event was organized by EllyB Events and Pomp Posh Event Decor.

Their wedding news had made headlines on the internet. Since then, they have been together, and both of them often post images on their social media handles.

Moving onwards, Da Brat is also starting her family with her partner, Jesseca Dupart. Back on January 31, 2022, she and her wife shared some snaps on Instagram saying, "We are extending the family."

In those images, we can see Da Brat embracing Dupart's stomach. However, they haven't given any information about when the baby will arrive.

Apart from that, Dupart is the mother of three kids. As per some sources, she got pregnant just at the age of 15 and welcomed a daughter named Deja Dupart.

Newsunzip reports that Deja is now a married woman and also has a child named Kenzie Ann. Dupart's two sons are Jordan Chapuis and Byron Jr.

We can see their pictures on the Internet. All of her kids were from her past relationship, but she has never mentioned her baby father. Now, Dupart is living a happy life with her wife yet life partner, Da Brat.

Read More: Jade Thirlwall Reveals All Her Tattoos and the Meanings Behind! More on Her Boyfriend, Parents & Dating Timeline

How Much Is Jesseca Dupart Net Worth?

Jesseca Dupart makes a good sum of money from her own business, and Apumone reports that her net worth in 2022 is around $10 million.

As we know, Dupart is the owner and CEO of Kaleidoscope Hair Products, from where she makes most of her revenue.

Apart from that, Dupart also makes money from sponsorships and endorsement deals as she has gained massive fan followings.

On the other side, her partner, Da Brat, is also a renowned rapper who has preserved a huge fortune under her name.

Reportedly, Da Brat enjoys a net worth of around $3 million. We can see their lavish lifestyle via their Instagram handle, where we can follow Jesseca as @darealbbjudy and Brat as @sosobrat.

From their Ig accounts, the pair shares photos of their day-to-day lifestyle, visiting different places together.

Dupart is relishing an eminent chapter of life alongside her beautiful wife, daughter, and hefty net worth.