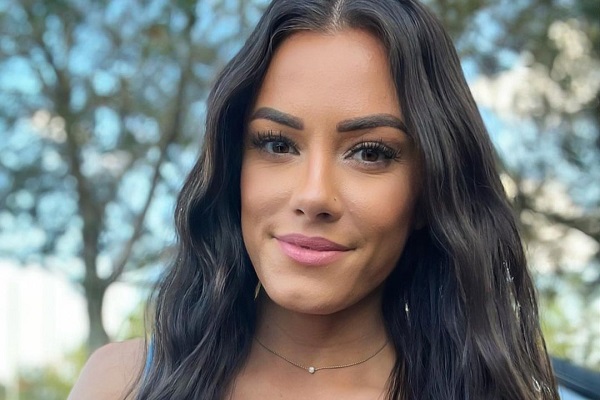 Kacy Catanzaro is an American professional wrestler signed with WWE on the NXT brand under the ring name Katana Chance. Since signing with WWE, Catanzaro has competed in the 2018 Mae Young Classic. Not only that, but she also participated in the 2019 Royal Rumble match.

Likewise, she also competed in the television sports show American Ninja Warrior. Catanzaro is widely famous for her professional career as she is doing pretty well. Apart from that, she has also dragged people's eyes regarding her love matters. Her relationship with Brent Steffensen was once a hot topic on the internet.

WWE fans are still concerned about their love life, and many asks if they have ever married. Keep reading this article till the end to know everything about WWE superstars' relationship status and dating life.

Kacy Catanzaro was not married to Brent Steffensen. However, they dated each other for some time. Brent is reported to be a stuntman and a fitness model. It is unknown when Catanzaro and Steffensen began dating each other.

The former pair always kept their love life confidential. Steffensen is also a private guy who mainly keeps himself away from the press. Due to their lowkey nature, there is very less info about their relationship timeline. Catanzaro and Steffensen are no longer together, and it is said that they separated on good terms.

Catanzaro also credits Steffensen for her success, as she reportedly used to train with her ex-boyfriend in the gym. Now, both of them are on their own way.

After breaking up with Brent Steffensen, Kacy Catanzaro began her romance with Dave Reid III, an athlete and the director of the Robert Irvine Foundation. According to some online portals, Catanzaro and Dave began dating in early 2017.

But their relationship couldn't last long, and they separated, but we are unknown of their split date. Likewise, Catanzaro's relationship with wrestler Ricochet. It is unknown when they started dating, but Kacy shared the first post with Ricochet on August 13, 2018. Later, they started posting openly on social media.

It is reported that they fell in love with each other after joining WWE in 2018. They dated for several years. Despite being open about their love life in the past, they suddenly stopped sharing pictures of themselves on their social media handles, raising speculation about their breakup. Their breakup was confirmed when Ricochet's relationship with Samantha Irvin was confirmed.

Well, Kacy Catanzaro has moved on from breakups, and now she lives a blissful life with her boyfriend, Naoufal Abouelhouda. Following her break up with Ricochet in 2021, she began dating CF-L1 trainer UFC Alumni Naoufal.

In December 2021, Catanzaro also shared a video on her Instagram that revealed her relationship. After that, she began posting images with her new boyfriend. We can find Naoufal on Instagram as active as @naoufal_a. Together, the couple has gone to many places, and they have also shared their moments on social media.

Catanzaro's Instagram account is full of snaps with her lover. Catanzaro and Naoufal recently celebrated Christmas together and posted some snaps. To get more updates regarding their love life, we can follow the wrestler on IG as @katana_wwe.