Are Kane Brown And Katelyn Jae Married? Read Their Love stories And Wiki 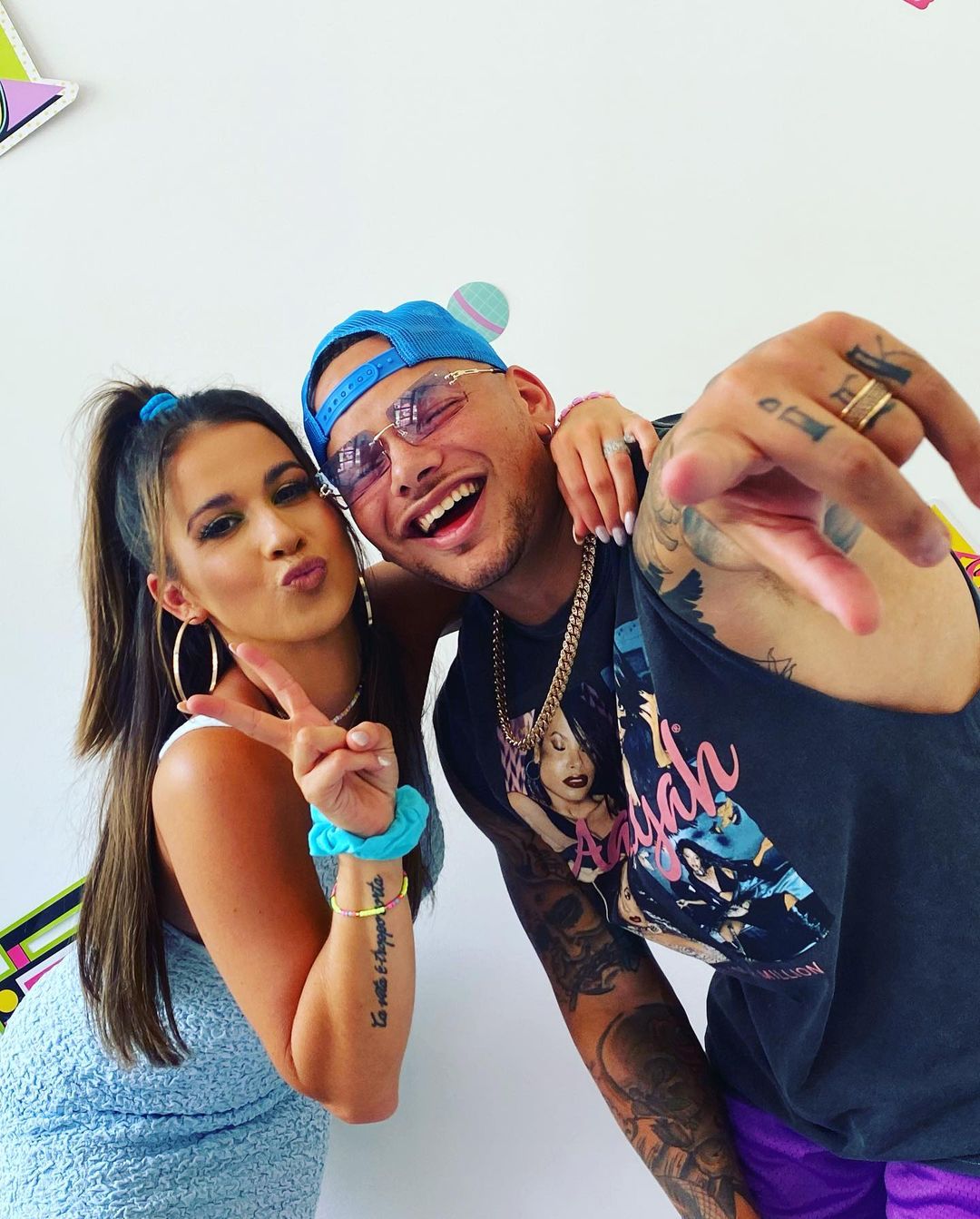 Kane Brown is an American singer as well as a songwriter. He first rose to fame through his social media account. His first EP Closer was released in June of 2015. He delivered his first single titled Used To Love You Sober in October of the same year.

He had taken his social media account to openly profess his love and appreciation for his then-girlfriend, Katelyn Jae in early 2017. He had referred to his girlfriend as his other half and 'his girl'. Many fans were supportive while some others were mad at the revelation.

He had decided to take their relationship to another level after eight months of dating. He planned out a romantic proposal to ask her to marry him. Their engagement was hyped-up by his fans.

Kane Brown and Katelyn Jae are happily married. The couple tied the knot on 12 October 2018. Their wedding was held at Mint Springs Farm in Nolensville, Tennesse in the presence of 200 guests. They originally wanted the wedding to be held in his hometown Nashville.

They have been together through thick and thins post their wedding. They prioritize their time together to make their marriage go strong. The two have immense respect and appreciation for each other. They consider themselves friends besides being lovers.

The couple is seen snuggling in bed, cooking breakfast, and shooting pool in a video of his song titled What's Mine Is Yours. They constantly make appearances in one another's Instagram posts with loved-up captions. The couple was blessed with an adorable daughter named Kingsley Rose on 29 October 2019.

Kingsley has also become an internet sensation as the fans are constantly gushing over her adorable pictures all over the internet. Kane himself cannot get over his daughter's cuteness:

her personality is off the chart

The two first met in the year 2015 through a mutual work acquaintance. Katelyn then came to his show after their first meeting. She is also in the music business like her husband. She studies music management and also has dabbled in performing in the past.

She used to live in Orlando at the time but she went to Miami to watch him perform. He adored her shy giddiness. But he was unaware of what was going to happen. They felt the connection despite the distance. Kane texted her the next night asking her out.

The two got engaged on Easter in 2017. They were watching The Amityville Horror together and the movies showed a newly married couple moving into a new house. Kane then got the idea that he too wanted to get married to her as soon as possible.

She has been by her side ever since their first date. Kane used to keep his dating profile low-key before he dated Katelyn. The couple is in their 4th year of relationship and the third year of their wedding. They are happier than ever to spend their lives with each other.

Katelyn Jae was born on 19 June 1992 in Philadelphia, Pennsylvania. Her birth name is Katelyn Krapf. She was brought up in a middle-class household alongside her two brothers in Chester Spring, Pennsylvania. Her parents got divorced when Katelyn was young.

She loved singing on karaoke machines at the age of three. She sang a beautiful cover of the song My Heart Will Go On when she was in sixth grade. Her parents enrolled her in vocal and piano classes after they heard her sing. She attended Downingtown High school for her education.

Kane Brown was born on 21 October 1993 to his mother Tabatha Brown and an unnamed father. He was brought up in rural northwest Georgia and in the Chattanooga, Tennesse area. He hails of multiracial ethnicity. His mother is white whereas his father is an African-American.

He did not know that he was biracial until he was eight years old. He thought he was fully white but he started experiencing some form of racism. He was brought up by his mother alone as his father was imprisoned in the year 1996.

His music is well-perceived by the audience. He has also been able to garner a large fan following on different social media platforms. He has a total of 2.9 million followers on his Instagram account as of December 2021.
Kame Brown Katelyn Jae