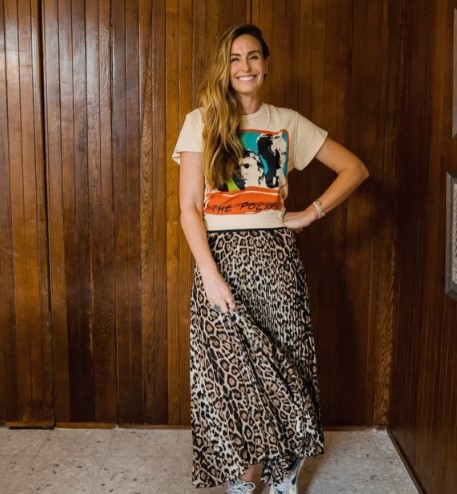 Kim Wolfe is a TV personality, an interior designer, and a former bridal shop owner. She gained fame after being declared the winner of 2012's Survivor: One World and its $1 million prizes. As of 2022, Wolfe is hosting HGTV's new show called Why the Heck Did I Buy This House?

Born on January 30, 1983, in Midland, Texas, Kim Wolfe's age is 39 years as of 2022. Her zodiac sign is an Aquarius. Kim Wolfe's real name is Kimberly Brooke Spradlin. Not much is known about the reality star's parents and siblings. However, it's been revealed that she attended the University of Texas at San Antonio. 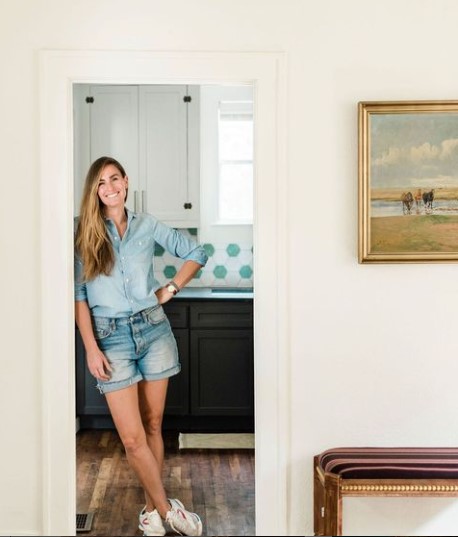 The HGTV designer was raised by her parents with her siblings in Midland, Texas. Wolfe also said that her competitive nature came from her family. Wolfe's father used to be a high school football coach and she grew up playing sports. However, the identity of her parents aren't been disclosed yet. Besides, Wolfe also has a sister named Beth.

A year after her victory on Survivor, the HGTV host Kim Wolfe married Bryan Wolfe on March 16 of 2013, in Cabo San Lucas, Mexico. Their wedding was held on a private beach near their hotel. Besides, Kim's Survivor tribemates Alicia Rosa and Kat Edorsson were also among the attendees of the wedding.

As of 2022, the duo has been married for over 9 years. Moreover, Kim Wolfe is starring alongside her husband Bryan Wolfe on HGTV's Why the Heck Did I Buy This House? Viewers will witness the partners help families in San Antonio, Texas who regret buying their houses.

In July 2013, the Survivor 2012 winner announced her first pregnancy with her husband Bryan. A year later on February 8, 2014, the couple welcomed their first child, a son named Michael Thomas Wolfe. On May 27, 2015, the  Wolfe couple gave birth to their second child, a daughter this time, named August Jane Wolfe. Then a year later, Kim's third child was born on June 1, 2016.

You might also like:  Know What Happened To 90 Day Fiance Ariela Weinberg and Biniyam Shibre. Are They Still Together?

What Does Kim Wolfe Do For Living?

survivor 2012 winner is an interior designer and a home renovator at Kim Wolfe Home. According to Kim, she loves to help people create a home that is as unique as theirs by finding the perfect mix of high and low. You can also check out her official website here. The owner of Kim Wolfe Home is also currently the host of HGTV's Why the Heck Did I Buy This House?

Kim was a cast member of CBS's reality series called Survivor: One World in 2012. The show followed two tribes, separated by sex, who lived on the same beach until the tribe was switched on Day 12. Kim was seen as the dominant strategist in the show which could be credited for her 7-2-0 victory over Sabrina and Chelsea.

I had the pleasure of catching up with @robcesternino for my first deep dive to give all the inside details into my game;) https://t.co/mtHiF5NmJi — Kim Spradlin Wolfe (@SpradlinKim) May 23, 2020

Kim was declared the victor and earned a million dollars in cash prize. Besides, she also won an additional $100,000 for winning the Fan Favorite Award at the Reunion Show.

After Kim solely bested the show and won the $1 million prize money, she appeared on the CBS daytime talk show The Talk. In the daytime show, Wolfe revealed that she would use the winning money to enhance her San Antonio bridal shop as well as go on vacations.

The HGTV host is on Instagram with over 57K followers in total and on Twitter with 22K followers.