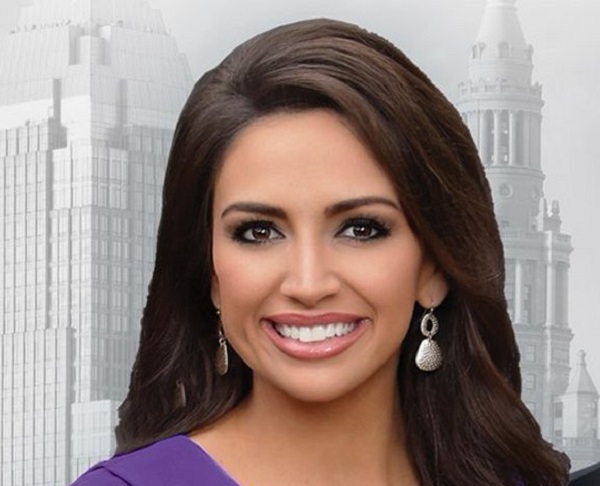 Kristi Capel is a veteran Journalist, TV personality, and news telecaster. As of 2022, Kristi works as a Morning News Anchor at WJW Fox 8 News Nexstar alongside co-anchors Stefani Schaefer and Wayne Dawson.

In today's article, we will talk about her married life and net worth but first, let's get to know about her early life.

Who Is Kristi Capel?

Born on July 7, 1983, in Florence, Kentucky, the United States of America, Kristi capel's age is 39 years old. Her star sign is Cancer. She was born Kristi Marie Capel. Her ethnicity is mixed, and she holds American nationality.

Not much information is available on her parents and siblings. She grew up in Kentucky and later shifted to Missouri.

Capel graduated from Heritage Academy in 2001. After graduation, Kristi applied to Evangel University, a religious school affiliated with the Assemblies of God.

She won a volleyball scholarship there and enrolled to get her Bachelor of Science degree in Broadcasting and Public Relations. In 2005, Kristi graduated with her degree.

In 2006, Capel even represented Missouri in the Miss USA 2006 pageant that was held in Baltimore, Maryland.

Read More: Insights Into Katie Wee's Grand Marriage Ceremony! Who Is Her Husband?

Kristi Capel has been working as a Morning News Anchor for WJW-Fox 8 since January 2011. She replaced Tracy McCool, who transferred to anchor Fox 8 News at 5 pm. Kristi has been associated with Fox for exactly 11 years now.

Before working at Fox, Kristi worked as an anchor on other TV stations as well. In Jan 2005, Kristi joined KSPR-TV as a full-time Weather Anchor/News Anchor in Springfield, Missouri.

After three years of working there, Capel left in 2008. She subsequently joined WBRE-TV/WYOU-TV as Morning Show Weather Anchor in Dec 2008 and stayed there for three years.

Married Life: How Many Kids Does Kristi Capel Have With Her Husband?

Fox 8 anchor Kristi Capel's husband's name is Hal Capel. On July 14, 2007, the couple tied the knot in a private ceremony attended by their family and friends at the church.

Hal Capel is reported to be an insurance broker by profession. As of 2022, the duo has been married for nearly fifteen years.

Throughout their married life, Kristi Capel has been pregnant three times. She has three kids together with her husband, Han Capel; two daughters and one son.

Their eldest daughter's name is Kyndal Edward, who was born on September 1, 2013.

Three years later, Kristi and Hal welcomed their second son Duke on August 8, 2016. In 2020, the Capels welcomed their third child Kapri in December.

Rumors started circulating about Kristi's pregnancy when the news anchor didn't appear on Fox 8 for a few days. However, no such news has been confirmed by Kristi or her family yet.

There has been no indication in any of her social media posts that she's expecting a baby with Han Capel. So, we can say that Capel is not pregnant in 2022.

What Happened To Kristi Capel?

After Kristi Capel didn't appear on the Fox8 show for a couple of weeks in the past, her fans and viewers were left concerned about her health and well-being. After speculations about her fitness and rumors surrounding her pregnancy, it's finally been clear what Kristi has been up to.

According to sources, Kristi took some time off to spend the holidays with her family.

Net Worth of Kristi Capel

According to Hollywood Worth, Kristi Capel's one worth is estimated to be around $1M. As the morning anchor for Fox 8 News, she earns an annual salary of $54,300.

All of Kristi's income comes from her profession as a Journalist. Her successful career in the field has led her to earn such an amount.