Explore LaTisha Scott And Her Husband Marsau Scott's Marriage. What Is Their Net Worth? 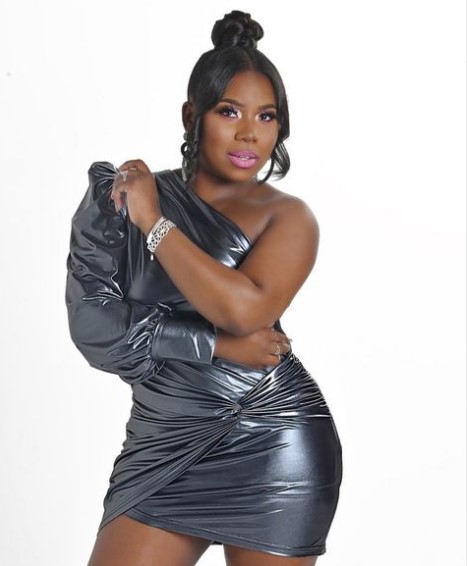 The real estate developer and American TV personality, LaTisha Scott got prominent after she was featured on "Love & Marriage: Huntsville" produced by Kingdom Reign Entertainment for ITV America. LaTisha a[[eared alongside her husband Marsau Scott on the reality series.

Besides, LaTisha is also a commercial real estate advisor and owner of Blaque Cigar Lounge. 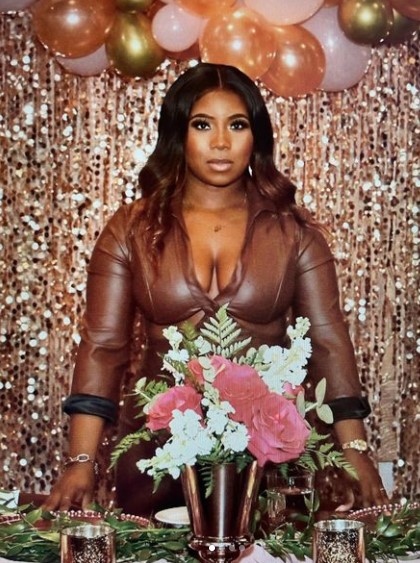 Born on October 1, 1981, in  Bessemer, Alabama, United States, LaTisha Scott's age is 41 years currently. Latisha's zodiac sign is a Libra. Her ethnicity is African-American. Her mother's name is Ms. Wada, however, the name of her father isn't known.  Not much information is available on her parents and siblings.

LaTisha Scott married her college sweetheart Marsau Scott on September 2, 2006. The duo has been together for almost 15 years now. Together they co-own the Blaque Cigar Lounge which embodies an allure to male and female cigar aficionados all its own. The lounge is located in Huntsville, Alabama.

The couple is also blessed with three beautiful children; a son, Marsau Jr (MJ), and two daughters, Maci and Mila.

Moreover, Marsau and LaTisha Scott are also the co-founders of the non-profit Marsau and Latisha Scott Foundation. The organization is committed to aiding the underserved community by focusing on personal growth and development in an effort to see these people reach their maximum potential and flourish. This is done via community involvement through the annual Destiny Race 5K, youth development workshops such as the Hey Brown Girl event series, and various charitable donations.

LaTisha features alongside her husband Marsau Scott in the series ‘Love & Marriage: Huntsville'.

Also, see our article on  Who is Kim Quintero? Why Did She Leave The Arizona Family? Explore Her Wiki, Career, Net Worth

LaTisha appeared in the Love and Marriage series with her husband Marsau including their three children. In season 1's very first episode, Latisha goes to attend a networking event while leaving her children with her husband Marsau. The episode sheds light on how little Marsau knows about his children's needs and their dietary restrictions as he struggles to look after them.

Season 2 shows Marsau trying to accept his wife, LaTisha's desire to be a working mom and coming to terms with her. The third season of the series premiered on July 2021.

Arionne Curry made cheating allegations in December 2021 regarding Marsau Scott and his brother Maurice Scott. Arionne Curry is the same woman who had an affair with Martell Holt while he was still married to his then-wife Melody Holt. Marte Holt is one of the Scott brother's closest friends.

Curry made assertions in her Instagram story that at the time in Atlanta circa 2015 when she met with Martel while the latter was on a "guy's trip", Maurice had been “sexing” a woman.

She also indicated that LaTisha's husband Marsau was being an alleged creep. Although Curry said she would “spare” Marsau since he had nice things to say about her on tv after #LAMH’s Reunion special part two aired.

How Did The Scotts Respond?

Love and Marriage(LAMH) stars LaTisha and Marsau maintained a united stance and denied the allegations of Arionne Curry. Marsau fired back saying Arionne and Martell were known liars who had been creeping around for years behind Melody's back. LaTisha also shot down haters stating why would Martell and "his girls" have information on her marriage while her husband and she were doing well together.

The Scott duo is said to have an estimated net worth between $10 Million dollars and $50,000 dollars. They have made their income through different ventures like entrepreneurship, real estate, business, as well as their reality show.

LaTisha Scott's social media include Instagram where she has 111K followers, LinkedIn where she has over 101 connections. LaTisha is most active on her Instagram page where she frequently uploads about her family including snippets of LAMH.

LaTisha and Marsau also have a website about their foundation which you can visit here. Additionally, their business venture called Blaque Cigar Lounge has a website as well as an Instagram page.

For more information on celebrities, make sure to follow us at CelebrityShine.